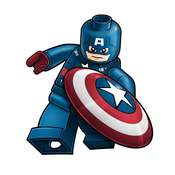 On June 14th, 1959 Walt Disney opened in Disneyland the Disney Parks first ever Monorail, the Mark I. This monorail was Walt’s idea to bring a mass transportation system into a fast-paced growing world.

Although the first monorail was built mainly as an attraction, it started to be used for transportation around Disneyland in 1961. Over the years the monorail has developed into many different forms with Disneyworld getting its first monorail, the Mark IV, in 1971. Most recently Disneyland unveiled in 2008 the Disneyland Mark VII Monorail. This idea which started out as a vision of the future has attracted millions of guests from all over the world. So much so that Disney has started to incorporate these monorails into the hotels themselves in order to provide a better (and much cooler) transportation into the Disney Parks.

With the Disneyland monorail being one of the most beloved Disney attractions, in fact one of the only ones which can bring you into the park, it is only right for it to have a Lego set of its own. This model of the Mark VII Disneyland Monorail is over 3½ feet long with a track that reaches over (amount of feet). With two opening doors on each middle cabin, three on each end cabin, removable roofs to peek inside, a replicated design of the cockpit, as well as a detailed interior of all cabins any Disney fan can not go wrong with a set like this in their collection. This set has over 4,500 Lego pieces and comes with a few surprises such as the mobility for the monorail to move back and forth on the track and a few hidden Mickeys throughout the set with more to come.

We are excited to introduce the Disneyland Mark VII Monorail on Lego Ideas and would appreciate any support. We ask you as Disney, Lego, Monorail, or fans of all three to let us know of any improvements or details you would love to see on the Mark VII Monorail. As this is a set for the fans, built by fans, we thank you for all of your support!