Seven Wonders Of The Ancient World In Microscale 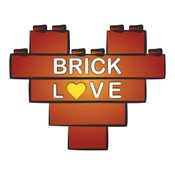 Before describing the model itself, it’s my concern to leave a few words about the process of this project being submitted by me after all. Just when I finally finished rendering the pictures around the mid of October to finally get it up here, I saw some project dealing with the same subject had already started on Ideas – the precious “Ancient Wonders” by YMarilego, just posted a few days earlier. You should absolutely take a look at it (his “New Wonders” as well!) and in my opinion it’s so nicely built and well done, it deserves a vote!
So my first thought was to throw my project in the bin, afraid to be thought of as some lazy copy guy (who I am definitively not), and I only shared it within my online communities. But after some thoughts and some encouraging and positive feedbacks, I finally decided to show mine in Ideas, too – I guess it’s quite possible that some people just deal with the same theme around the same time, and why not face the audience and give it a chance, so here I go.

Being fascinated by antics and all the stunning things people already built long ago, someday the “seven wonders” came to my mind, being quite a well-known proverb and something probably most people have heard of, whether they could name and describe them or not. Combined with my enthusiasm to take the challenge to reproduce things in very small scale with just a few bricks (and not being aware of some other try on that at that point) I wanted to represent all of the seven wonders of the ancient world in a single display setup.

Starting in the lower left corner, you see the Colossus of Rhodes, a magnificent statue of epic size showing Helios and built at the waterfront of Rhodes’ port.

One step up on the plate you will find a large and impressive tomb, the Mausoleum at Halicarnassus, being followed by the impressive Lighthouse of Alexandria in the top left corner.

Midway of the top I depicted the famous Pyramids of Giza (I guess one of the most well-known ones in this series), having the Statue of Zeus at Olympia right next to it.

The most colourful little building midway of the right border is my interpretation of the Hanging Gardens of Babylon (which I suppose to be the other very widely known one).

And finally, in the bottom right corner, you catch a glimpse at the Temple of Artemis at Ephesus.

The free space in the centre of the plate is intended to hold some information plate, in my renderings I tried to illustrate a sticker (or even better a printed plate) showing a small legend about these ancient wonders.

The model is designed on a 32x32 base plate and consists of approx. 1.000 parts in total. Up to now the model is a rendered LDD-construction, maybe I'll get the chance to add some real build later on.

Thank you for viewing and of course - if you like it – I would love your support, feel free to share and invite your fellow AFOLs as well :-)