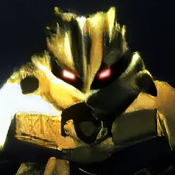 The following project resembles the appearence of a middle version between the movie version of Iron patriot and the comic version.

For this I decided to include a core within the star sybmol on the custom chest, but I used his arsenal from the comic version including thermo missiles, a flamethrower.

His backpack can store the flamethrower and his shoulder weapons can be bended on his back.

This set is made with 99 pieces, including the ball to put in his cannon, its main colours are red, blue and silver (black for the skeleton) and since it's made with Ultrabuild system it's very playable and posable as well.