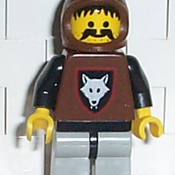 This is a modified version of the Jeep Wrangler Rubicon, built at approximately 1:10 scale.

Since I first saw the spectacular detail achieved in the Creator-themed vehicles in the last several years, like 10220 Camper Van and 10242 Mini Cooper, i have wanted to see a bridge between the aesthetic realism of these sets and the amazing mechanical functions found within the Technic theme.  Combining the two could create an extremely fulfilling and immersive building experience that could match the stunning look of Lego's 10248 Ferrari F40 or 21307 Caterham 7 with the functionality of 9398 Crawler or 8070 Super Car.  This i what i have tried to do with this Jeep.

The Technic frame loosely mimics the chassis of the real-world vehicle and houses 4 Power Functions motors for drive, steering, a 2-speed transmission, and a winch.  The frame also supports front and rear independent suspension.

SNOT and tile use help to create a polished version of the distinct look of the modern Jeep, while other details show that, like many real trail vehicles, it has been modified and personalized.  Large, lifted wheels, exhaust headers, a snorkel, roof rack, jerry-can holders, and a grille guard and front skid plate help to create a unique off-roader look.

Along with aesthetic details, many functional details are present, such as latching passenger doors and a functional hood & tailgate on the exterior.  The interior features adjustable seats and rear arm rest and opening center console and glove-box.

Inspired by the clever accessories in Creator vehicles, such as the VW Beetle's cooler & surf board and the picnic items in the Mini Cooper, I have included some brick-built items that might be useful to the Jeep's owner, such as a backpack, toolbox, spare fluids, a heavy-duty tire jack, and even a kayak and dirt bike.

There is now a fairly large variety of excellent real-world cars represented across several Lego themes, and this is a chance to add a highly recognizable and iconic truck to the lineup.  This set also poses some interesting opportunities for new parts, such as compound-curve wedge to really define the shape of the hood, a 4 to 1 adapter for the flex tubes on the exhaust, and a chance for a new, larger, flat windscreen element to name a few.

In building this model i have tried to create an example of how a highly-functional Technic model could also be built to have the polished look and attention-to-detail seen in the best Creator, Ideas, and Speed Champions sets.  However, if the model were to be geared more towerd a Creator-type set, removing motors would free-up space for a more detailed engine and more room in the cargo area for accessories.  Or, if the focus were on Power Functions, the bodywork could be modeled with more lightweight technic panels and the RC elements could be the focus.  Either way, the Jeep Rubicon would be an amazing set to display with other Lego vehicles or to take control of with the Power Functions Remote Control!  Thanks for reading about this model and for your support in bringing it to life!

Images and videos showing the Jeeps many features are on my Flickr page: