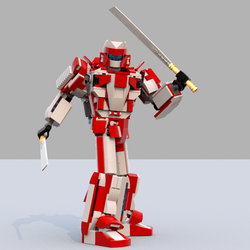 The one that started it all, the 1967 Chevrolet Camaro. Originally released in late 1966 to compete with Ford and their Mustang, the iconic Camaro was a big hit. Over the next 35 years the Camaro continued to be a popular car until 2002 when the Camaro production was stopped and Chevy no longer would produce them. But no one could keep the Camaro down, in 2009 the new 5th generation Camaro was released returning Camaros back into the spotlight. My Idea captures the essence of the original Camaro and imagines it in LEGO design. In 2016 the 1967 Camaro will be celebrating 50 years. This idea celebrates the original Camaro, the one that led to years of a great car line