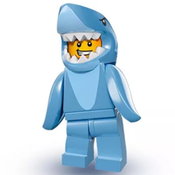 History
Denmark is known for being one of the happiest countries in the world, Hans Christian Andersen and yes, LEGO indeed, but Denmark also has a lot of hidden treasures to offer!
Nyhavn is one of Denmark's biggest tourist attractions. With its colorful town houses along the historic canal it creates the cozy and relaxed atmosphere that Denmark embraces.
In the old days Nyhavn was famous and notorious for happy sailors - but not anymore. Today, Nyhavn is for everyone and is one of the most beautiful places in Copenhagen. Nyhavn offers interesting history, beautiful buildings and ships, and a wealth of gastronomic, colonial and atmospheric experiences.
Nyhavn actually means ‘New Harbour’ directly translated and that's because Nyhavn underwent a major transformation back in the 1980s, refurbished to the waterfront, canal and entertainment district we all know and love.
In many of the schedule buildings along the canal, cozy restaurants offer everything the stomach can desire; whether for Italian, Danish open sandwiches, seafood or a juicy steak. Nyhavn got it all!
About the set
The set is an authentic miniature section of Nyhavn consisting of 7 townhouses with the appertaining harbor promenade and quay.
The water consists of many different shades that reflect the movement in the water from the passing ships. The colors vary from very light to very dark as the water can sometimes be uneasy.
The harbor promenade consists of different types of tiles in two shades of gray, reflecting the old cobblestones that adorn Nyhavn's streets so beautifully. Along the colorful townhouses and cafes are seen 11 people who can suitably seek shade under one of the 8 sunshades along the street.
From left, house number 5 is seen and the street continues all the way up to number 17. The section contains several well-known buildings, including Nyhavn number 9, which is the oldest house in Nyhavn, and stands out significantly from the remaining houses with its different architecture (number 3 from left). At the far right is Nyhavn number 17 which is the oldest functioning tattooist in the world and is therefore a major tourist attraction with many yearly visitors.
Along the quay are several bollards, ready for ships to take aim. The set contains only one ship so far, but adding one more is a high priority on the “future work”-list.
The ship is not just any ship. The red-painted 100-year-old lightship ‘Gedser Rev’ (Gedser Reef), which also has the name ‘Fyrskib XVII’ (Lightship XVII), is now owned by the National Museum of Denmark, and has for many years been located at Nyhavn. Recently, however, it has been relocated to the harbour of Helsingør about 50 kilometers north of Copenhagen, but is defining a characteristic of Nyhavn.
The set contains 2404 parts, measuring 60x18 studs. It's a great set that will adorn in any LEGO collection!
Future work
A lot of you have asked for the memorial anchor and the tour boat ticket sales at the end of Nyhavn - and I've listened. However, I encounter the challenge that the model may only contain 3000 bricks based on the LEGO IDEAS guidelines.
The memorial anchor is a memorial erected at the end of Nyhavn at Kongens Nytorv in Copenhagen. It is set in a memory of the Danish sailors who lost their lives during World War II.
The tour boat ticket sales are located in a small building at the end of Nyhavn close to the anchor, and will provide a good contrast to the beautiful town houses of Nyhavn.
Suggestions are lovingly received! I'm new to the LEGO MOC world therefore I would love to get feedback and hear what you think about the project!
Thank you and I appreciate your support!