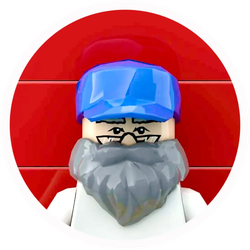 Emil of Lönneberga is a series of children's novels by Astrid Lindgren. Emil, the title character, is a prankster who lives on a typical traditional Swedish farm in the district of Lönneberga in Småland. Most of the time Emil plays a prank, he escapes his choleric father's wrath by running away quickly and locking himself in a tool shed. Since the door can also be locked from the outside, his father responds by locking him in there for a while as punishment. Emil is usually embarrassed by what he has done, but it is not a severe punishment for Emil, who likes sitting in the shed and takes to carving a wooden figure during each of his stays. The prank you can see here is hoisting his willing little sister up a flag pole to see how far you could see from there!

In Germany, Emil is known as "Michel aus Lönneberga"