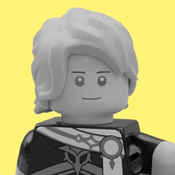 Hello there, I would like to present to you my first ever LEGO IDEAS project which is a mix of two things I am most passionate about: LEGO and Genshin Impact.
Genshin impact is an open-world action anime-inspired video game made by miHoYo in which you are traveling through 7 nations (each having a unique element and culture) looking for your lost sibling. The game is available for PC, mobile, PS 4 and 5 platforms. It quickly took off after realease, first becoming an instant hit in China and then rapidly spreading to the rest of the world.
With this set you will be able to: make a team of Mondstadt's greatest heroes, collect hidden loot, clear a Hilichurl camp and finally confront Stormterror in an all-out battle over the future of Mondstadt.
This set contains:
I'm sure that this set will be an instant bestseller looking at the enormous demand for Genshin Impact merchandise and how there is barely any of it on the store shelves.
Of course the set has been designed to be both a good display piece and a good toy, so that all age groups can enjoy it.
This set has been built in Mecabricks and rendered in Blender.
If you find the idea of this set appealing then remember to support it and share it to friends. Only together can we make this happen!