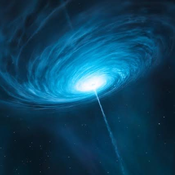 Since 2007, the Lego Group have released a series of Modular Buildings that can be joined to create a city and neighbourhood. Of these buildings, there is a Town Hall and Fire Station, however, no other civic buildings in the current catalogue of 15 buildings. With the premise of the Modular Building series to create a townscape, a lack of a hospital seemed an oversight. Therefore, this building was designed to fit within the current Lego Modular Building Townscape and provide minifigures within each town a place to be healed when sick.
The design features a red and white colour motif; these being the principle colours used to designate a place of medicine/healing the world over. Additionally, the building contains on level 1:
-An ambulance parking bay with a roller door, and an 'H' (for hospital) marked driveway. There is ambulance bay access to the main hospital via an archway. Within the ambulance bay are tools paramedics would need to help injured minifigures as well as storage shelves, an oxygen tank and crutches.
- Reception (including reception desk) which is accessed via the ambulance bay or through constructed double doors.
- Waiting room with seating and pamphlet stand.
To ascend to additional floors, the Hospital Modular Building utilises an elevator that can be stopped at each level of this three level hospital.
Level 2 contains:
- Operating theatre accessed by silver double doors. Within the operating theatre you will find:
- Operating table, surgical lighting (positional in three-dimensions (XYZ)), a surgical boom, nurse documentation station, scrub sink and  X-ray display screen
- This level also boasts an inpatient ward with hospital beds, dividing screen, IV drips and monitoring equipment. In the corner there is a nurses station.
Level 3 contains:
- A well equipped pathology lab for running diagnostics upon minifigure samples. Included as part of this equipment are benches with overhead gantry for a-fixing scientific glassware, microscope and centrifuge. Completing the lab are storage shelves and handheld tools used by lab technician minifigures in their work.
- A secondary ward makes up the rest of the third floor containing patient beds and dividing screen and additionally decorated with more elaborate monitoring stations, decorative plants and waiting chair.
All levels of the hospital contain a speaker system near the elevator for hospital announcements. The main entrance is surrounded by flowering bushes. A red cross on white background as a symbol of the hospital (and of medicine) straddles the main entrance, which is reached by three shallow steps. Separating floors two and three is a band of black and white lettering that reads 'HOSPITAL'. Two syringes have been placed above the head jamb of the windows either side of the main entrance as further indication of the buildings medical involvement.
The hospital has an architectural style consistent with the other public infrastructure buildings within the Lego Modular Building townscape while the colour scheme (deep red accented by white pillars) would  place it comfortably with current Modular Buildings.