Here's a preview of my next (and maybe last for awhile) Star Wars ship project: the D-5 Mantis from Old Republic. A while back someone proposed this ship on Lego Ideas, but never actually followed through with a completed LEGO model. So far my attempt is much larger and more complicated than my previous Star Wars projects. I never had the game that this first appeared in, so I'm asking for your help in choosing minifigs! Please post suggestions and reasons in the comments of the Hound's Tooth project.

Here's a current Work in Progress shot to get you excited. Expected posting is around April 15, so check back soon! 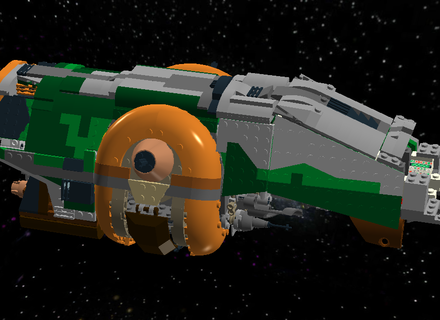