The Sushi Lunch: A Taste of Japan 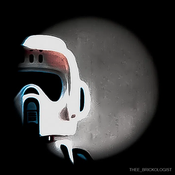 Welcome to "The Sushi Lunch: A Taste of Japan"!

Sushi has always been a favorite food of mine. Sushi, a staple food in Japan, is truly an amazing food that is part of the culture of Japan. From salmon rolls, shrimp rolls, and wasabi, sushi can be a fantastic meal, (unless you don’t like raw fish!).

This idea contains 532 pieces, and was built and rendered in Mecabricks.com. The entire build contains 10 parts; three sushi rolls, a shrimp roll, chopsticks, wasabi, soy sauce, and a board to hold them all. Each piece of this build is scaled pretty well to what a real sushi meal would scale to. I also included a custom background for each render that I created in Blender and Photoshop. (This is a remake of my previous project idea, The Sushi Lunch, just wanted to make it clear that this build is not stolen.)

Each piece of sushi is built to scale an actual sushi roll. The three regular sushi pieces are created using about 49 pieces each. The shrimp roll is built with about 34 pieces, and uses two main colors to make it appear like an actual shrimp roll. I wanted to incorporate as many details as possible for each individual piece of sushi, and I think the end product turned out fairly well.

I added two features that I did not add in my previous version, which are the wasabi and soy sauce dishes. The wasabi dish features a light brown dish which houses a slab of fresh wasabi. You can’t have sushi without wasabi! I also choose to include a soy sauce dish because most sushi meals come with soy sauce, and because it adds to the accurateness of the build.

All of the sushi rests on a custom sushi board that is built with around 190 pieces. I also added two chopsticks that scale pretty well with the rest of the build. I included two lines that run throughout the board, one is darker brown and the other is a nougat color. Where the two lines intersect I created a triangle which completes the ends of both lines.

If you like sushi and you like this build, please support and share. I also have one other recent project idea that is up right now for support, so please check it out. Thanks for checking this out!