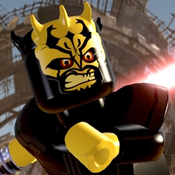 This is the RMS Queen Mary, truly historic icon in naval history. She is a ship that broke 2 records during her days in service both in her speed and her capacity. Powered by 24 boilers that turned 4 propellers, the 77,000 ton ship could travel at sustained speeds over 30 knots (55 km/h or 35 mph). She also was renowned for her luxurious interior, amenities, and service. She was even upgraded throughout her career to remain the best of Transatlantic travel.
During the early 1940s, she carried 15,740 passengers during unusually high demand through the rough Atlantic seas. She could have theoretically carried more passengers but during that same cruise a rouge wave hit the ship hard enough cause the ship to list 52 degrees to the side. Luckily she recovered but if she listed further 3 degrees she would have tipped over and sank, so it was decided to not increase the passenger count any further. She also broke a record for the fastest time crossing the Atlantic; while she did this many times throughout her career, the fastest record time took 3 days, 22 hours, and 42 seconds. Although she no longer holds title of the fastest Atlantic crossing, she still holds the record for the most amount of passengers carried on a single vessel at one time.
Some of her most famous passengers during her time in service included the Duke and Duchess of Windsor, Frank Sinatra, Winston Churchill, and many more. It is also worth mentioning that the Queen Mary is reported to be haunted and the foundation that currently runs her offers ghost tours to the public. As air travel became more and more popular after the 1950s, the Queen Mary and her sister ship the Queen Elizabeth often sailed with more crew than passengers. She continuously operated Transatlantic crossings from 1936 through 1967 until being bought by the City of Long Beach to become a floating museum and hotel which she still is to this day.
This model contains ~1000 pieces and contains a variety of building techniques. The model is supported structurally by a custom stand. The model represents her from the view of the waterline up as it was an artistic choice.