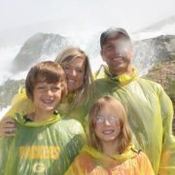 By Marathon Dude
18 comments
I love the Lego Architecture series of models. I like collecting, building, and displaying the models from the cities and places I've visited in my home office. I've found online and built models for cities or buildings that Lego doesn't have an official model (e.g., Philadelphia, Philly City Hall, Independence Hall, Stockholm). I've designed and built two models for buildings in cities I've recently visited or will soon visit. This is one of them.
I'll be running the Quebec City Marathon and the route will take the runners past the Château Frontenac. The most iconic buildings in the city and probably all of Canada. It was built in 1893 by the Canadian Pacific Railway and was designed by American architect Bruce Price.
It is now proudly displayed in my office as a memento of my visit to the city and my running 'tour' through it.