Save Lego from Technalla's Laboratory 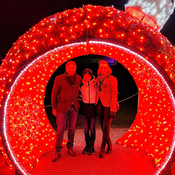 Have you ever  thought of what happens to those lost lonely pieces of lego?

Where do they go?​

These fairies will sense a lego brick left alone that’s lost under a child's bed or that's fell in dark corner.

Children don’t notice these bricks, they’ve been forgotten, sucked up in the hoover or swept up and scooped into the bin. This means that the lego fairies have to find them and keep them treasured.

They do this by adding them to their houses, like the tales of the tooth fairies, collecting the teeth and using them as building bricks for the fairy castles.

There main fairies are red, yellow and blue (primary colours) and live in separate worlds, they know they can never meet as it’s the fairy rule.

The fairies can’t believe this, they’ve never seen this before? This will mean there will be more amazing colours? and More fairies!

They have to find the others and go on a journey in order to seek them out, if they all got together they could come up with a plan to beat 'Technalla'.

The Lego bricks they have been collecting has been getting more dull, the colours are draining? This is down to the black fairy (Technalla), with her sidekick grey fairy (Micro) sucking and draining the colours through the internet from the childrens technology (such as tablet / phones / gaming). The more the children play the more colours she can drain and destroy lego.

Technalla's Laboratory is black and she has created the 'Drainiator machine' which is sucking the colour from the internet. They select the colour, access the internet, then through huge pipes, to the drainiator that condenses it which will then store it in tiny bottles.

Children are forgetting to play with lego (this is Technalla's plan) this will mean that the Lego Brick Fairies and the children will eventually be under her control and she will destroy the colour of Lego forever.

Red, Blue and Yellow are the main characters then when they meet:

If all the fairies come together and connect all the colours create a rainbow which will carry them through the internet and make their way to Technalla's laboratory and release the colours.

They will  be able to release the colours back and brighten the colours of the boxes of lego (colours/pieces that children have mixed up and placed up on a shelf or cupboard that are no longer played with) the children have lost interest and have been engrossed so much in their technology.

The boxes brighten and the children notice them again and once again start to play and create…..

The Lego Brick Fairies use the internet and whilst children are sleeping and unaware of them, secretly build up lego to suprise them when they wake up in the morning.

I visualise that the fairy houses/castles of coloured fairies connect (red, then yellow, then green...) in a large circle joining together all the primary and secondary colours creating the full rainbow of colour… the centre piece I have imagined to be the white colour. This is a white unicorn of a bigger design and have all the colours on it's horn.

The unicorn is their friend and can help the fairies travel in order to find the others.

We all know that Lego gets mixed up and bits lost. I want to be able to tell the children that the bits are taken care of, and are used again. I also want an easy way to get the children to learn the order of colours in the spectrum. I think the education part of this is great.

The fairies are not all girls… they are be boys too. Any fairy story or the tooth fairy is timeless but the whole idea of a secret lego fairy collecting bricks is magical to children!

This is my first ever creation.