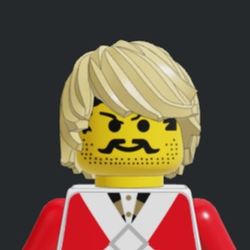 Nessie - The Loch Ness Monster
Transport yourself to the remote Scottish Highlands in this idea inspired by sightings of Nessie dating from the 1930s. Notably: Mr & Mrs Spicer's reported encounter with a strange creature near the loch in 1933.
Set description
Along the banks of Loch Ness, a husband and wife driving in their car are suddenly stunned by the appearance of a monster right in front of them. After attempting to capture a photograph, they run to a nearby telephone box to report what they have sighted. Nearby, a Scottish Laird resides in his castle - he is often to be found playing bagpipes on the tower ramparts. The inside of his castle contains a strange artefact in a glass display case: a very large tooth. Could this tooth have once belonged to the monster?
The set includes:
- The Loch Ness Monster
- 3 Minifigures
- Castle tower (This is loosely based on the appearance of Grant Tower at Urquhart Castle, set on the banks of Loch Ness where numerous reported sightings of the monster have taken place)
-A traditional red telephone box from the United Kingdom
- 1930s style car with rear trunk
Thank you in advance for your support!
40
39
days left