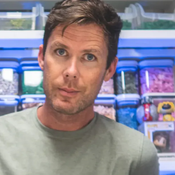 Join Leia and Luke as they Embark on the Mission to Jabba's Palace to rescue Han Solo.

This play set, 32 studs/64 studs  has all the features that you need to recreate some classic scenes from Star Wars Episode 6, Return of the Jedi.

The top section is an accurate cross section from Jabba's Palace with many different stairwells leading to different directions, easily allowing for you to add on anyway that you see fit. There is a working Trap Door for any bad dancers/aliens or Jedi that Jabba disapproves of and a viewing space in the floor to watch how the unlucky victims fair in their race for survival.

The second half features the tunnel that leads to the Rancor pit and of course the Rancor itself. The pit is littered with chains and skeletons from those not fortunate enough to have escaped.

The Play set comes with many aliens, guards, Bounty Hunters, Lei in Slave format and the Bounty Hunter format, Max Greebo's band, Chewie, Han in Carbonite, Han in his white shirt, the Boba Fett and Luke Skywalker. Also included are the Rancor and his master.

The set is designed to be an all encompassing accurate play set that would be similar scale and size to the UCS sets already released.