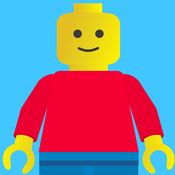 This Lego Ideas Project 'World Turtle' is my take on the world turtle that features in both mythology and Terry Pratchett's Discworld series. Imagine a world where instead of a globe with different continents, we built civilisations on the back of many giant turtles, swimming in a humongous sea. Think Mortal Engines but with sea and turtles!

I decided this particular turtle would incorporate a medieval theme, complete with a castle and village, because it enhances the sense of magic and wonder to the build. The beauty of this build is you have the option of changing the theme of the settlement that exists on top of the turtle, as much as your heart desires.

The World Turtle will not only bring you hours of fun during building it, it will also make a beautiful display piece to your Lego collection.

A World Turtle with a detailed microscale scene on top of its shell including a castle, surrounding village and forests. Further intricate details can be found in the turtle itself including the foliage decorating its sides.
The turtle itself is a kinetic sculpture. Turning the turtle's tail will make the head and front flippers move in sync with one another other, to create a fluid swimming motion. Video to be uploaded shortly.
It also includes a display stand to hold the turtle.
People with more technical ability will be able to motorise the turtle with some minor adjustments.
The shell is easily removable, allowing people the ability to create your own microscale scene on the turtle.

The model measures 32cm high (from the base of the stand to castle's tower), 30cm wide (flipper to flipper) and 31cm deep (head to tail).
Thanks for considering my Lego Ideas Project :)