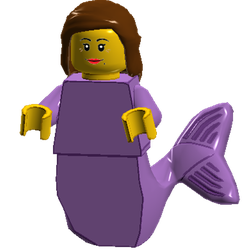 Art and Lego have been two of my passions since a young age.  One day when I was looking at the artwork of Claude Monet, I wondered why no one had come up with the idea of Lego Art which is when someone uses Lego to re-create some famous pieces of artwork.  For my design of 'Woman with a Parasol, Facing Left' by Claude Monet, I decided to use different types of bricks such as roofing ones and flat ones to show the different textures as actual paintings have different textures too.  Similarly, as Claude Monet was an impressionist artist I felt that it would be a good idea for me to re-create some of his artwork as it isn't exact due to the fact that the woman has no facial details which I think helped with the Lego effect of my masterpiece.

I decided to create this Lego piece to prove that you don't need to be good at drawing to be a great artist and be able to re-create famous pieces of artwork.  I believe that if this was to be made into a set, it would be the start of a great thing as other pieces of artwork could be made into Lego sets too such as 'The Scream' by Edvard Munch and 'Vase with Fifteen Sunflowers' by Vincent van Gogh.  The design which I have created can be used for decoration or as a display set.  The model contains all the features from the original painting which are the woman, her umbrella, the grass, clouds and sky.  No mini-figures are included.  I have estimated that there are around 250 pieces of Lego within this set.  I have used a green baseplate for my design which measures 32x32 studs.

Please support my project and share it with others as without this occurring, I will not be able to get 10,000 supporters and my dream of it becoming a Lego set will not become a reality.