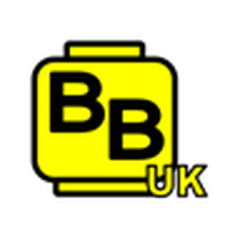 The Tron Legacy Rinzler Light Cycle is based on the Disney 2010: Tron Legacy film and is a new upgraded version of my original idea and is now for Rinzler with the Trans-Orange effect.

It consists of a new tron light cycle design which now has spinning wheels for easy play on and off the display stand and also still has great detailing down the light cycle.
The Rinzler minifigure can easily fit onto the handle bars for a stream line pose just like in the movie and there’s still a control panel. The Rinzler minifigure its self would have metallic/orange print on the torso and legs and 2 discs which would clip onto his back.
The grid base/display stand reflects the Tron vibe with the black and trans-orange effect in the Grid pattern, but it has been raised up to incorporate a light brick which can be turned on by pushing the axle rod in. Pushing the rod in lights up the trans-orange tiles below the Tron Light Cycle giving it that iconic feel, preferably a larger or 2 light up brick may be put in for a better glow.