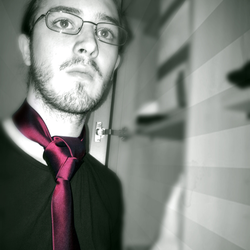 The Eta-Class Shuttle was used by the Republic for various missions during the Clone Wars. Some of the Shuttles were used by the Jedi Council for longer missions.

Fitted with a hyperdrive and decent cargo (or passenger) space, as well as three laser cannons, it was quite helpful to get a small task force to their destination, even if it meant maneuvering through a space battle.

This model was built to be fully playable, including foldable landing gear, working boarding ramp, foldable wings that can be secured in upward position due to their weight (screenshot), cockpit for 1 minifigure and detachable roof for easy access.

The inside has many consoles and blaster racks for the clone troopers.

I really like this one, hope you do so as well ;)

My suggestion would be some specially printed pieces like the cockpit and some logos for the wings, for the model to be closer to the real thing.