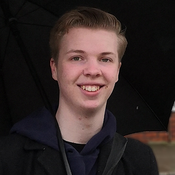 I’ve seen amazing things out there in space… But life on Earth can be an adventure too.

From 2007 to 2011, Elisabeth Sladen starred in The Sarah Jane Adventures, becoming one of my generation’s most beloved TV heroes. From Slitheen stealing the power from the sun to the Mona Lisa coming to life and attempting to free her alien brother from underneath the National Gallery, Sarah Jane defeated each and every threat to Earth that crossed her path.

But she wasn’t alone! Her genetically-engineered son Luke, new girl across the road Maria Jackson, their school friend and joke master Clyde Langer, journalist-in-training Rani Chandra, adopted alien daughter Sky, robot dog K-9, and, of course, the supercomputer hidden behind her attic fireplace, Mr Smith.
Now, recreate their adventures in LEGO, with a set based on the attic at 13 Bannerman Road, Sarah Jane’s home and our gang’s base of operations.
Features include:
The show continues to inspire and entertain today. In 2017, a 10th anniversary convention was held in Wales. Over lockdown, the Radio Times initiated a campaign to restore the series to BBC iPlayer, and in April of this year, series creator Russell T Davies penned an emotional final episode to send off the series and say farewell to the unforgettable Elisabeth Sladen, featuring many of the original cast reprising their roles.
Made up of approximately 1300 pieces, I believe this would be a fantastic set to release. Not only would it be a beautiful tribute to the memory of Elisabeth Sladen and the show, but it could also encourage more of my own generation to pick up the LEGO bricks once more. I don’t think I’ve met a single person in my age bracket who doesn’t have fond memories of watching the show.
Lend your support today and help 13 Bannerman Road come to life once more.
And so the story goes on… Forever.