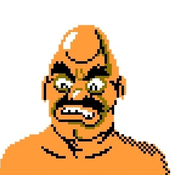 The N1 rocket was a super heavy-lift launch vehicle capable of delivering payloads beyond low Earth orbit. It was built by the Soviet Union to rival the American Saturn V rocket, and to land a Russian cosmonaut on the moon. Unfortunately, all four of its unmanned launches ended in failure, with the rocket never even making it to low earth orbit. The project was cancelled in 1976 and its existance was kept a secret for thirteen years until information about it was first published in 1989.

This set attempts to capture the image of the sheer size and power of the N1. It comes with detatchable stages, a launchpad complete with an umbilical tower, and a small diorama of the LOK Orbiter and LK Lander in lunar orbit. The set contains 806 pieces and so would be ideal for collectors. I have tried my best to get the proportions on the rocket correct, although it may be off in a few places. This set would best retail for a price between £50-60 ($70-80). Thank you for any support you give to this set, and remember to share its existance with others.