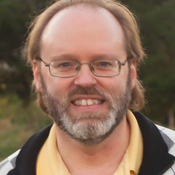 I recently had this thought -- could I use LEGO to reproduce Lincoln Logs? I quickly searched through some parts, and found that it was fairly easy to make a good ol' lincoln log. I found some classic Lincoln Logs, made some measurements, got some bricks, and soon had created a full cabin!

I've gone on to create a full diorama using this technique. But every time I show it to someone, whether in person or online, the response is always the same: they've never seen anything like it.  And, they love it!

I decided I better put this up here on LEGO Ideas. The actual project here is the basic log cabin in the main picture. But clearly, if that was a LEGO set, people could buy several sets to create much more complex buildings and entire scenes too! The parts needed are all very common; you could probably build a cabin from pieces you already have (well, the 2x2 round tile with open stud (part 18674) might be tricky to find as it has only been around a couple years).

The first picture shows just a sampling of Lincoln Log parts; the actual cabin would need 14 two-notch logs, 12 one-notch logs, 2 roof trusses, 10 roof planks, and 1 chimney. (The three-notch log is just an example showing that longer logs can easily be made; same with the long roof plank.) The next pictures show the cabin being assembled. Then a couple pictures show that the cabin can be built right on the table, or can be fastened to a baseplate with simple bricks-with-side-studs. Finally, I show some pictures of other things that could be built with two or three Log Cabin sets. Do you remember turning the short logs on end to make a fence? Well, with these LEGO logs they will attach to the base, so the fence stays put!

Stay tuned for updates, where I will show off my whole diorama that led me to creating this Ideas project!

Thank you for your support! Please share this with your friends, too!