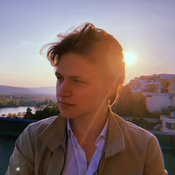 By Samuel_Mark
240 comments
Hello, my name is Samuel, glad you stopped by!
The Idea
The Wizard's Tower is a fantasy themed build, inspired by the archetypical character of the wise old scholar, residing in solitude atop an ancient magical tower. Influence is also taken from the famous fairy tale of the frog prince; the set depicts a princess who, accompanied one of her royal guards and a skilled forester, has come seeking advice from the old wizard. In her hand, she holds the love of her life - previously a charming prince, now trapped by a curse in the body of a little green frog. She hopes the wizard break the curse, and return her prince back to her.
The Build
Dimensions and Technicalities
Figures:
A Final Word
If you have read all the way to this point, I hope the build has caught your attention, and you would like to see it on the shelves as an official LEGO set! If it did, I would be very happy if you would consider supporting the project, and maybe, if you want to stay updated on what I’m doing, give me a follow. If you have any comments, be it praise, criticism, or anything else, they are very welcome; I’ve only gotten back to LEGO very recently, so any feedback is welcome, and will be considered.
Thank you,
Samuel