By TimeCruiser
3 comments
I propose that Rubik's Cube LEGO sets be made in 2 scales, as shown. A small version that is not functional, and a large version that is. 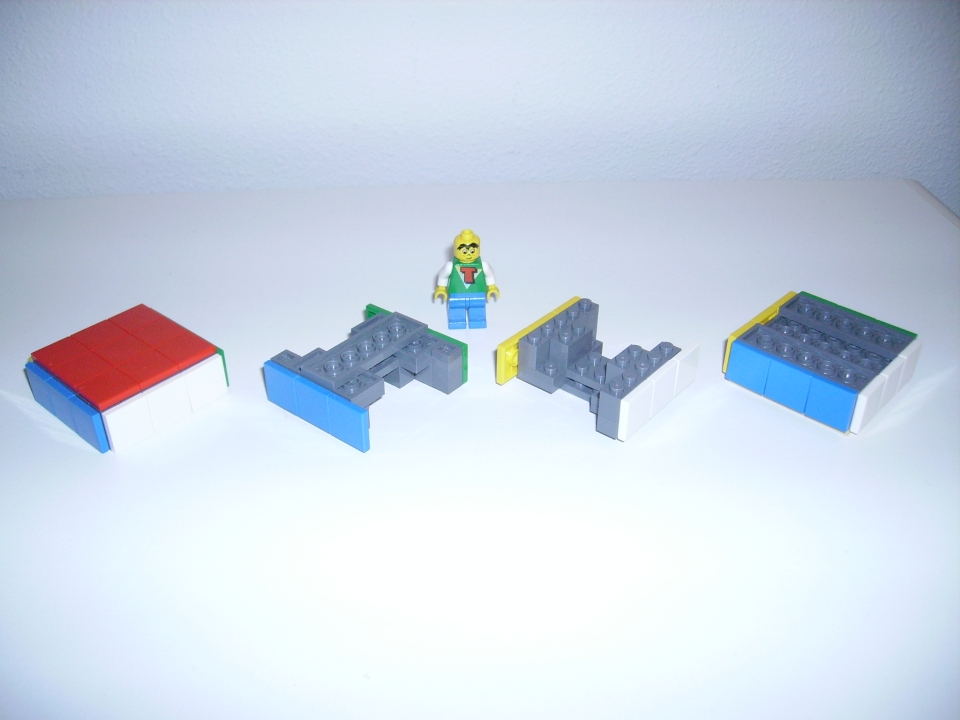 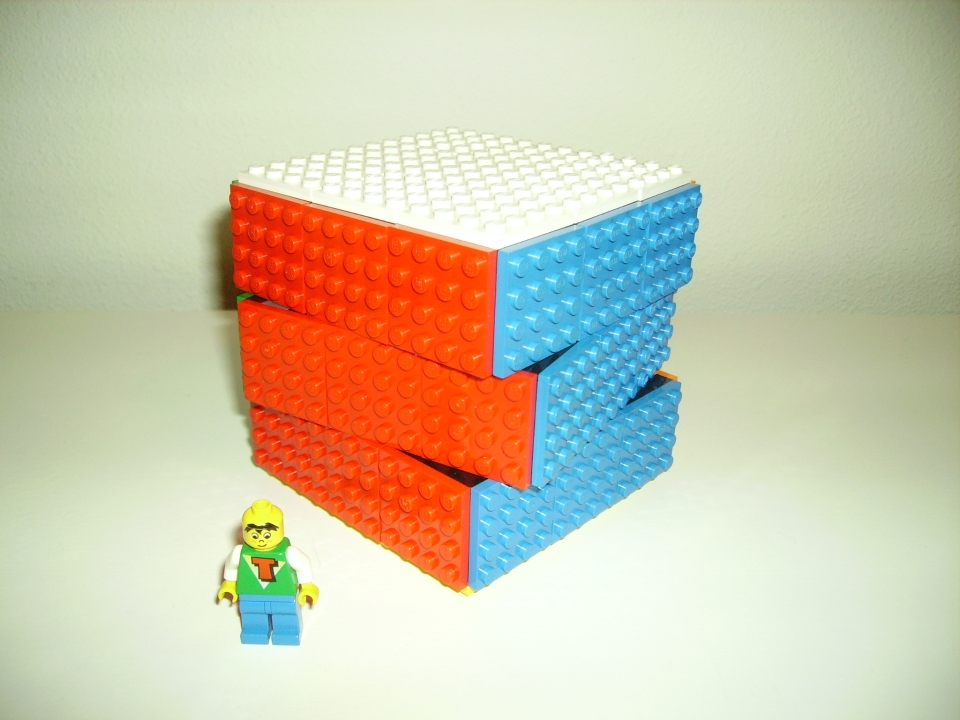 The larger scale, about twice the size in each direction (8x the volume), would be able to turn in all 3 directions. Thus, it could be scrambled and solved. A new element could be made, Tile 4x4, for which this set would be a great way to buy large quantities. Otherwise, the Plate 4x4s shown would work, and keep production costs lower.

The way I built the larger scale model is functional, in that it allows turning in all 3 directions, but the sections do not stay together as well as I would like. I have an alternate method in mind, but do not have the pieces I need to try it out.