Back to Mars - a classic space theme

This project is mostly inspired by the landig of Curiosity on Mars and the resumed exploration. Meanwhile I created a bunch of projects ("sets") and with the help of this main project I would like to present the idea of a complete new theme.

"Back to Mars - a classic space theme"

Summary: Mankind lands on Mars again, defeats the aliens, resumes exploration, starts terra forming, begins to colonize the planet and creates the first city. These steps are done in 3 phases.

For more detailed pictures please have a look here.

"No stickers!"
I would prefer not to use any stickers on the models. Small hard printed labels would be great, but please don't apply any stickers. 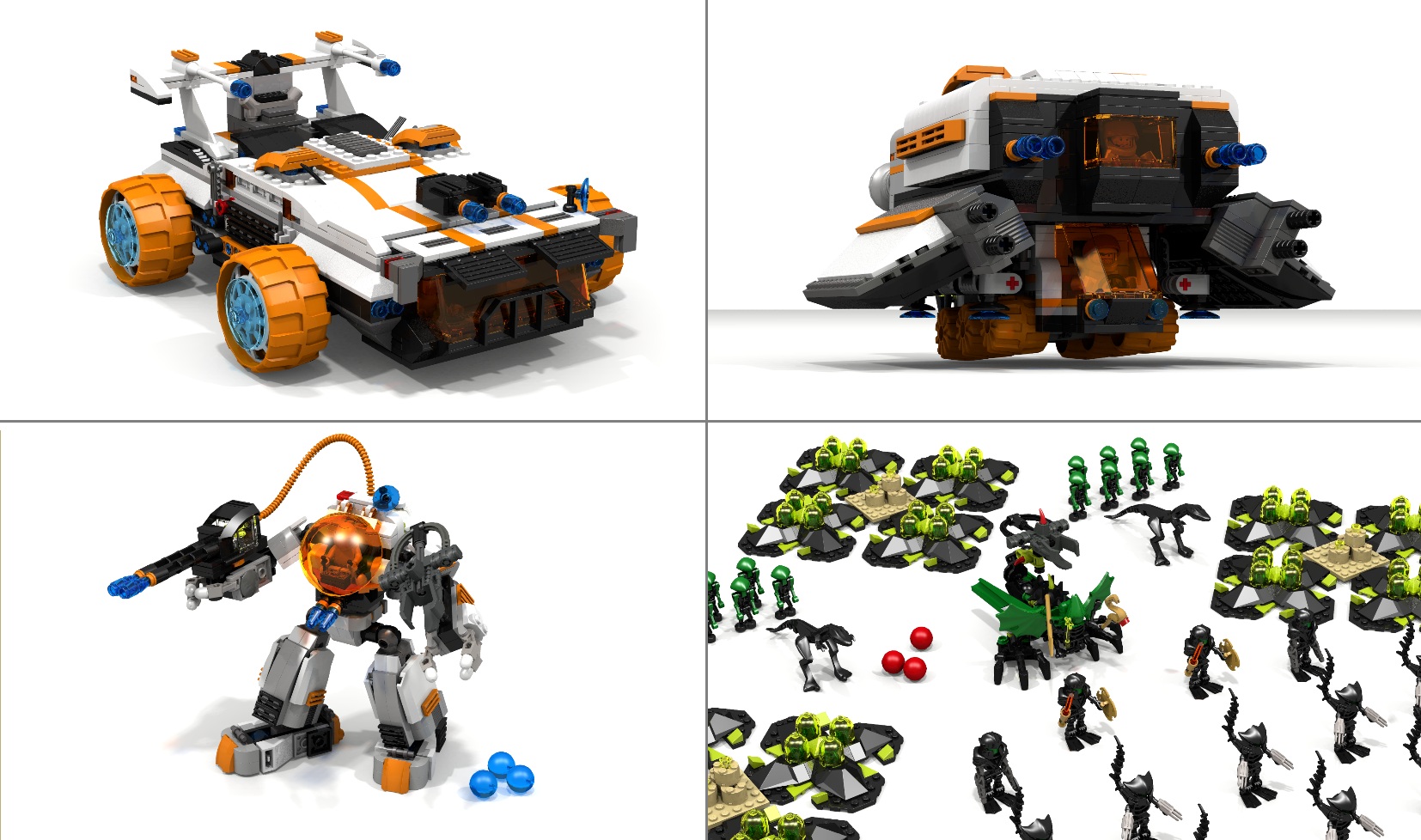 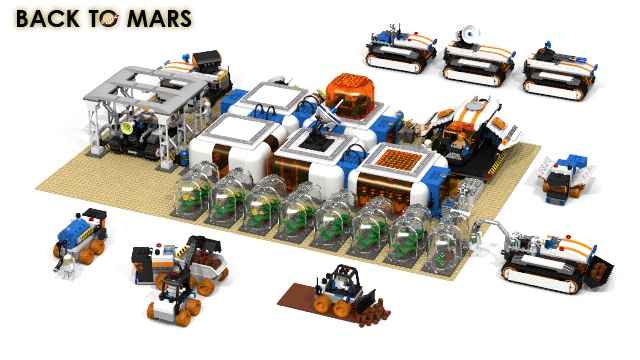 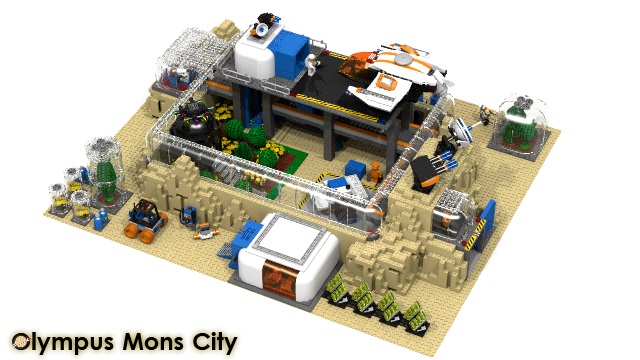 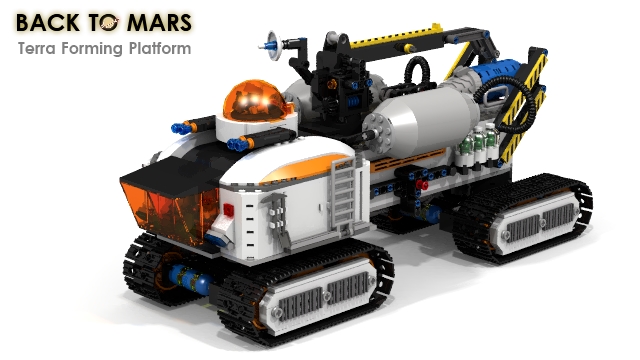 I would like to present the latest addition to the theme: Terra Forming Platform "TFP"

Note: The models were created with LDD.