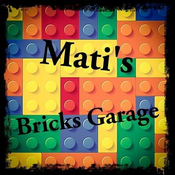 Hello to everyone I want to shaw to you my new Lego creation Kenworth W900L.

My Kenworth cane drive by one XL Motor, you cane control it by PF remont control, unfortunatly it dont have steering system but it have lighis on the top of cabin.

I was building it for something like three or four weeks, but of cours no all the time, in the same time I was building Lamborghin Centurio and Ferrari F40.

And now something about my Kenworth - it have opening mask and under it fake engine, opening doors, ten wheels eight on the rear and two on the front, steering wheel, only one seat becouse PF bricks take a lot of space.

Here is video on YouTube about my project if You are interested come and look how it works :)