I wanted to share with you this information. In December 2015 Blocks Magazine had an article about Lego Pueblo. Unfortunately it was too late to make a turn around during the first submission of Lego Pueblo. Even I did not realize in time the report came out. But it did. 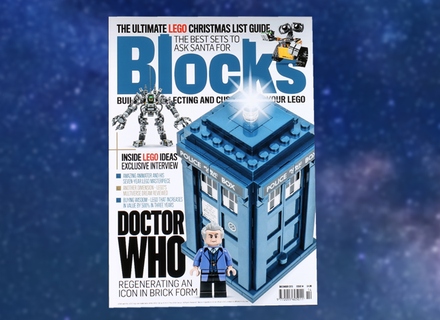 Note that it was still the "old" Pueblo, although almost the new one. A few bricks and the cactus are still there. 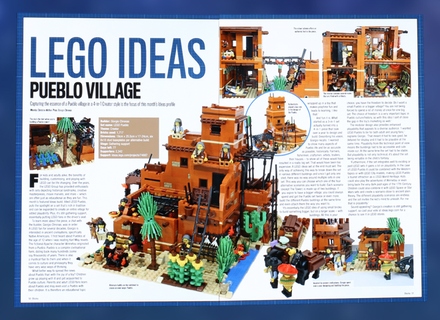 Thank you for supporting Lego Pueblo. Hopefully we can make a good run.

Popular of the week!

After 4 days of gathering support we made it to the week's popular.

A big thanks to all the supporters out there. Let us hope we stay here for a while.

Keep spreading the word and step by step we may come closer to the next milestone. 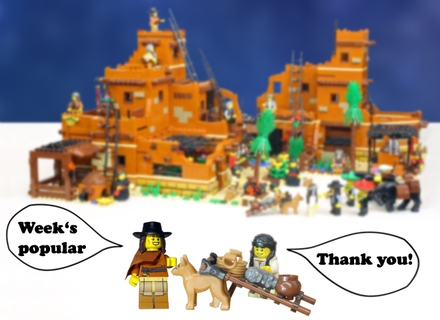 I am ready. I made a short YouTube video to present Lego Pueblo. It is divided into 2 sections. The first one shows what happened during the first original submission. The second one presents the final, actual Lego Pueblo in pictures. It shows the four possible sets plus a number of combinations.

I hope you enjoy the video and spread the word. Tell your friends and all you know about Lego Pueblo.

Making of: The music arrangement was made by me. The stars picture was bought at Shutterstock, the sunset picture is one of mine (I love photography).

A little bit more than a day and we reached 100 votes!

I would like to thank you all for the support given. Keep it up, tell your friends about this project.

Please come back soon. I am working on an update that will be worth watching.