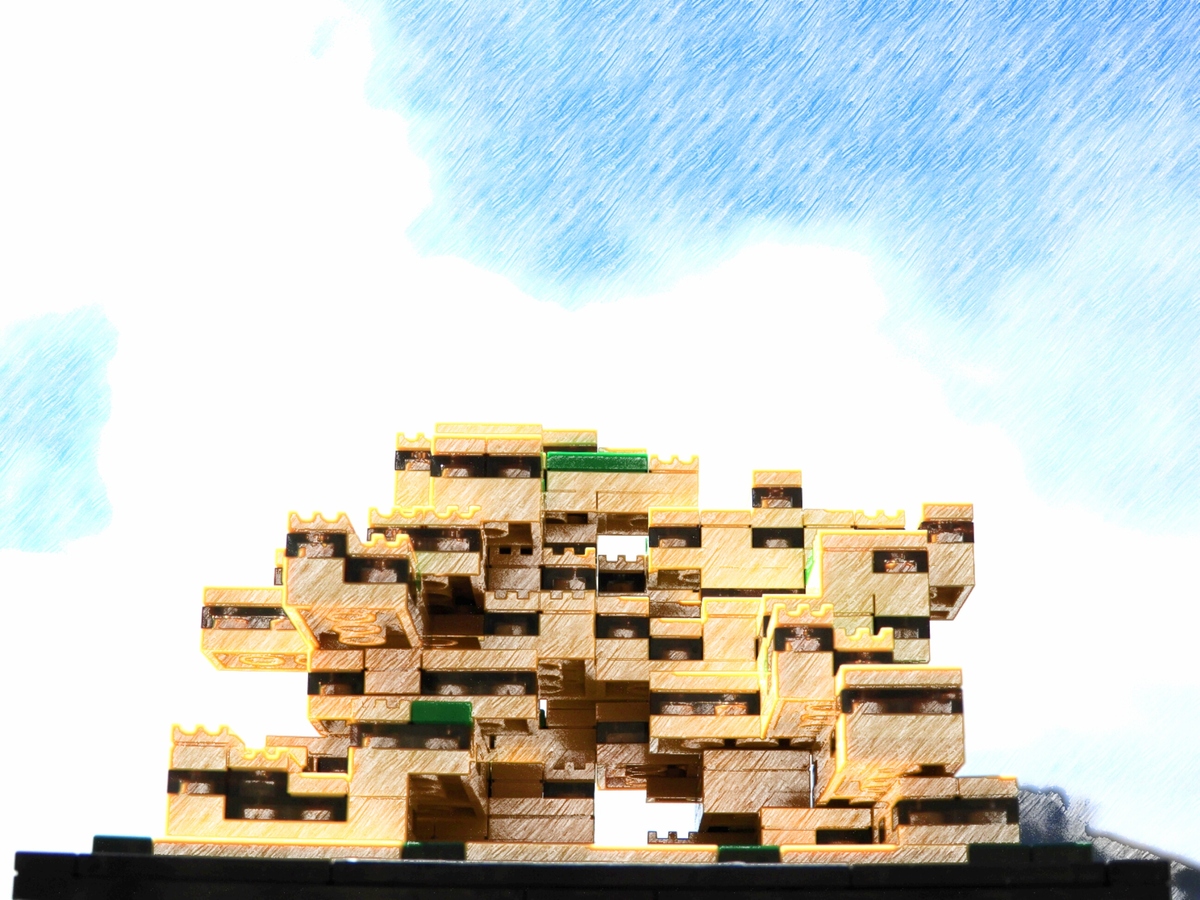 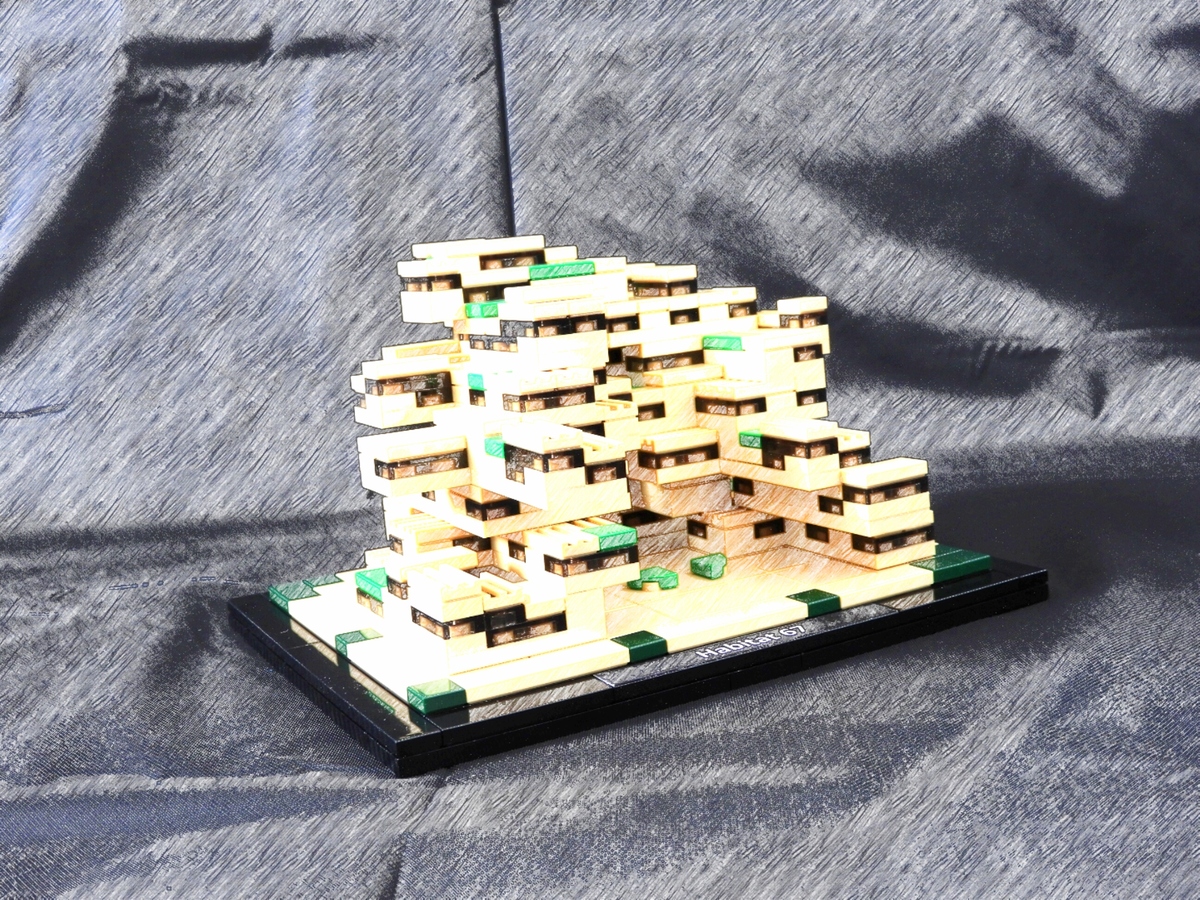 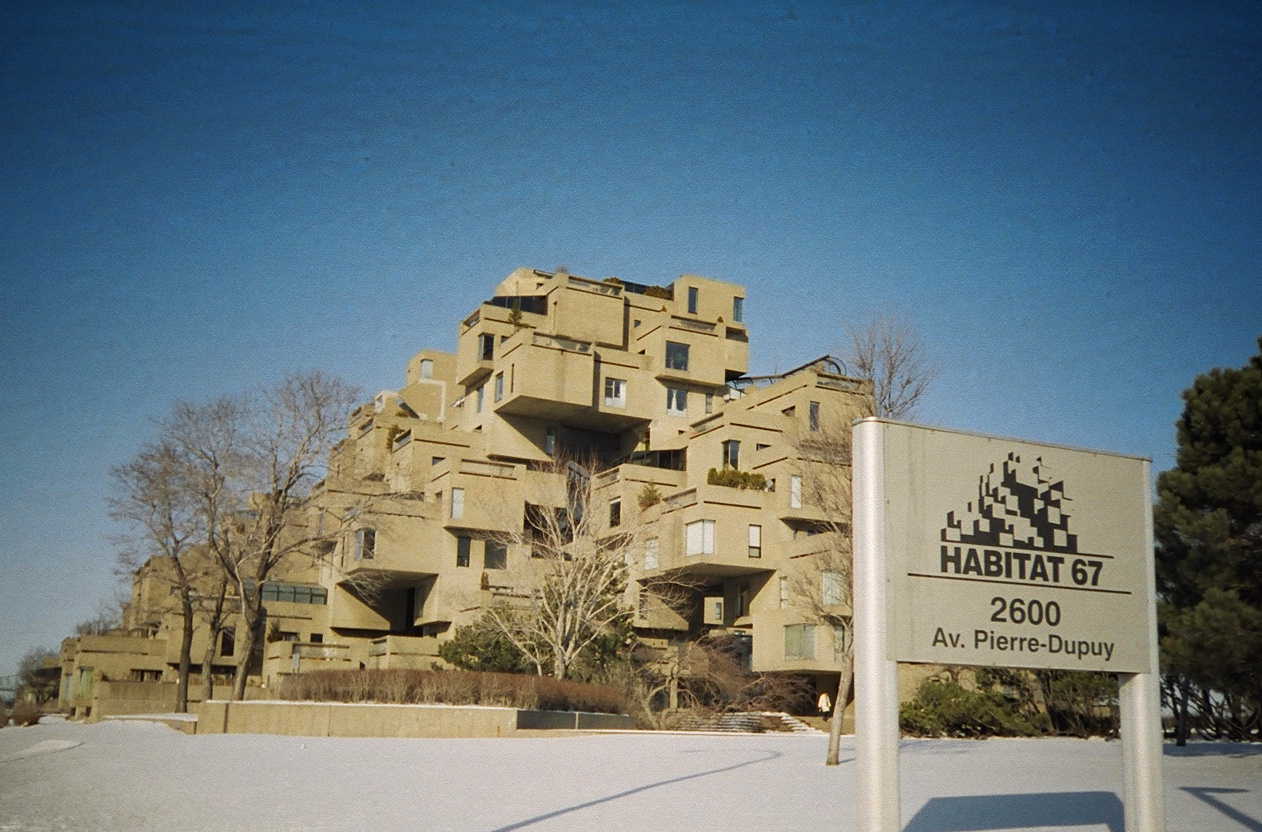 The Habitat 67 in Winter. 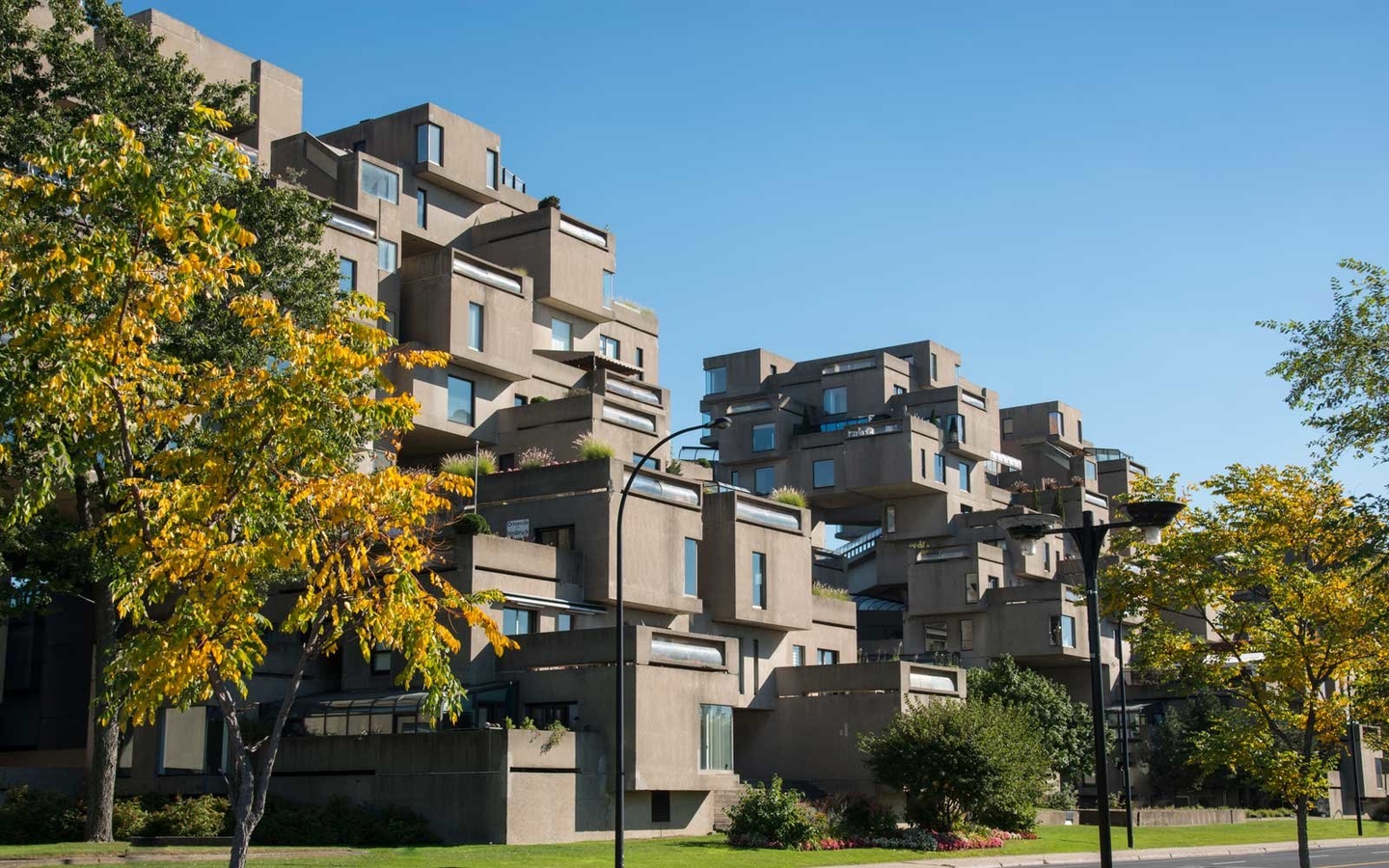 The Habitat 67 in Fall 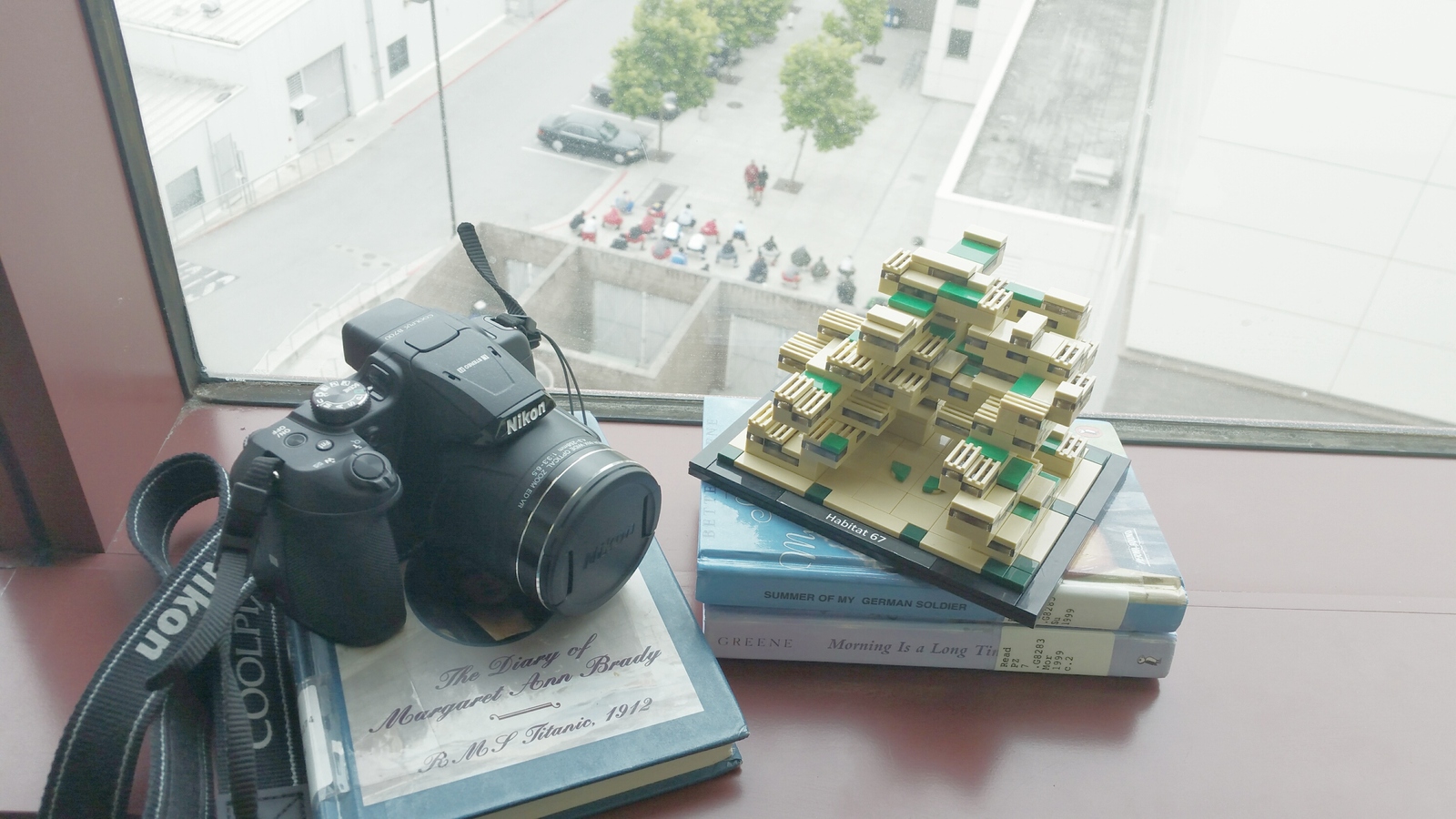 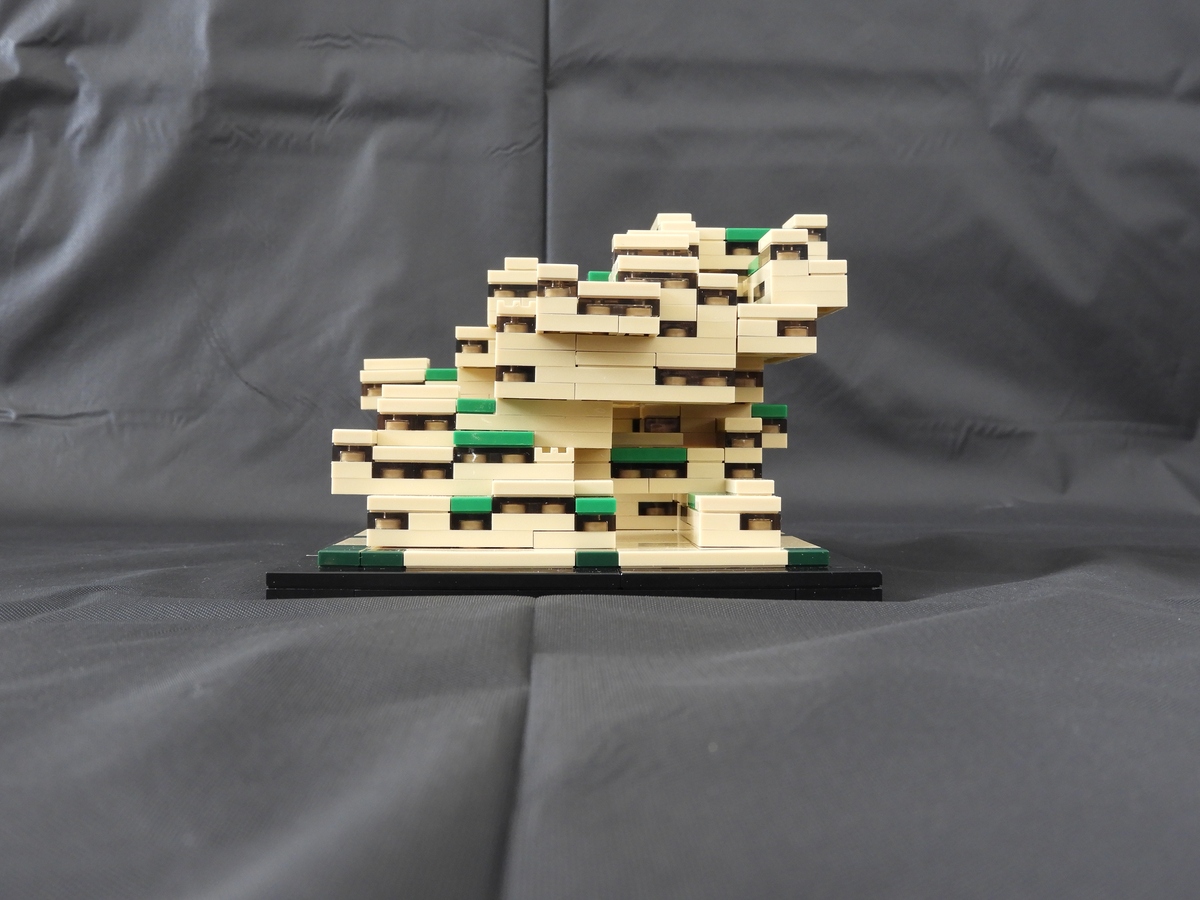 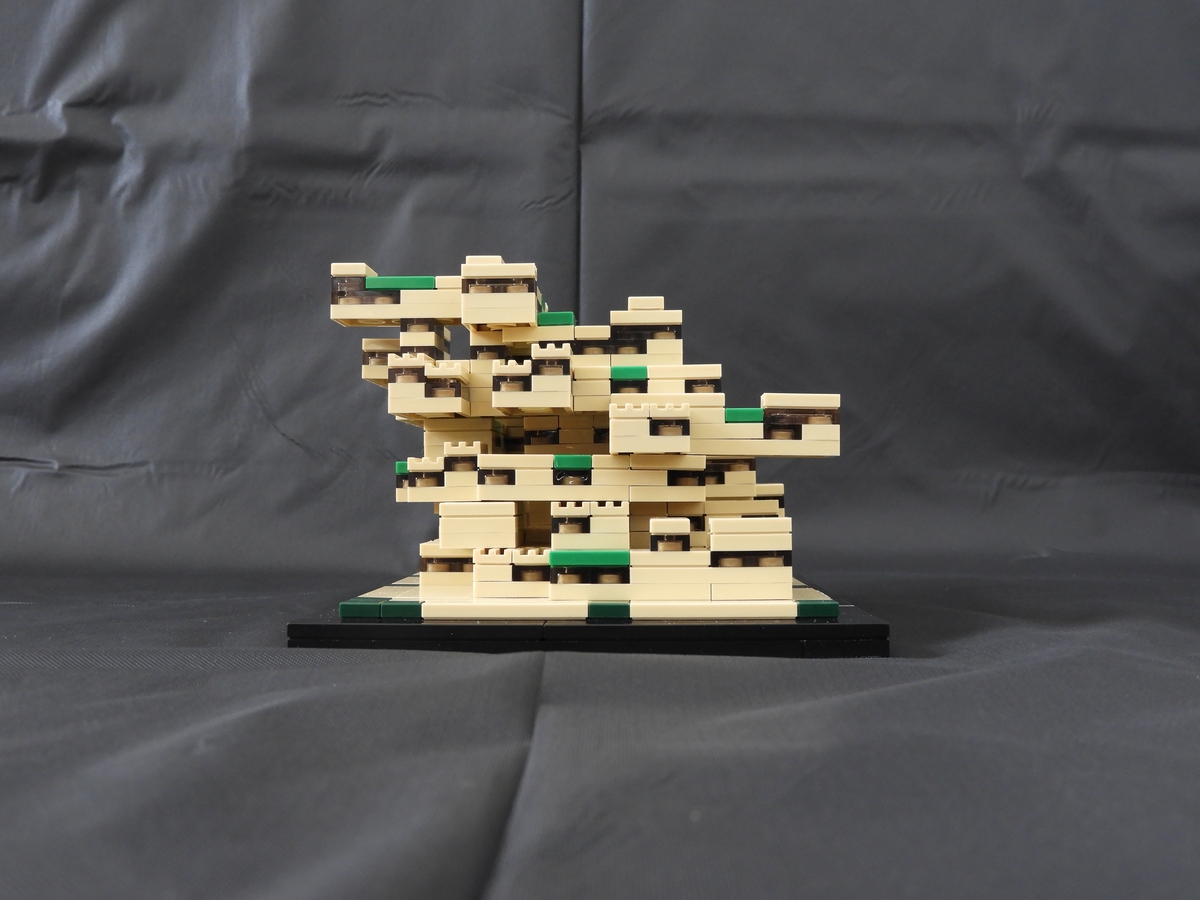 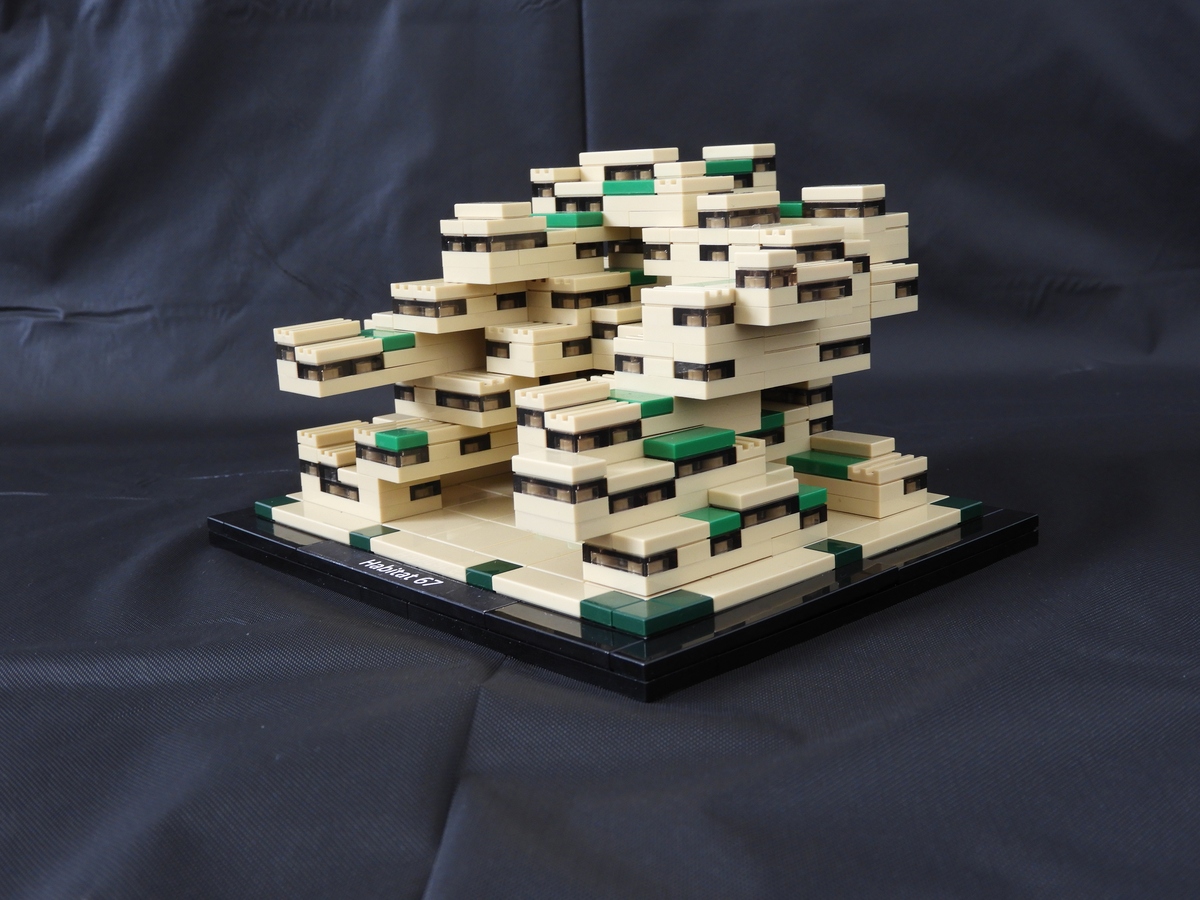 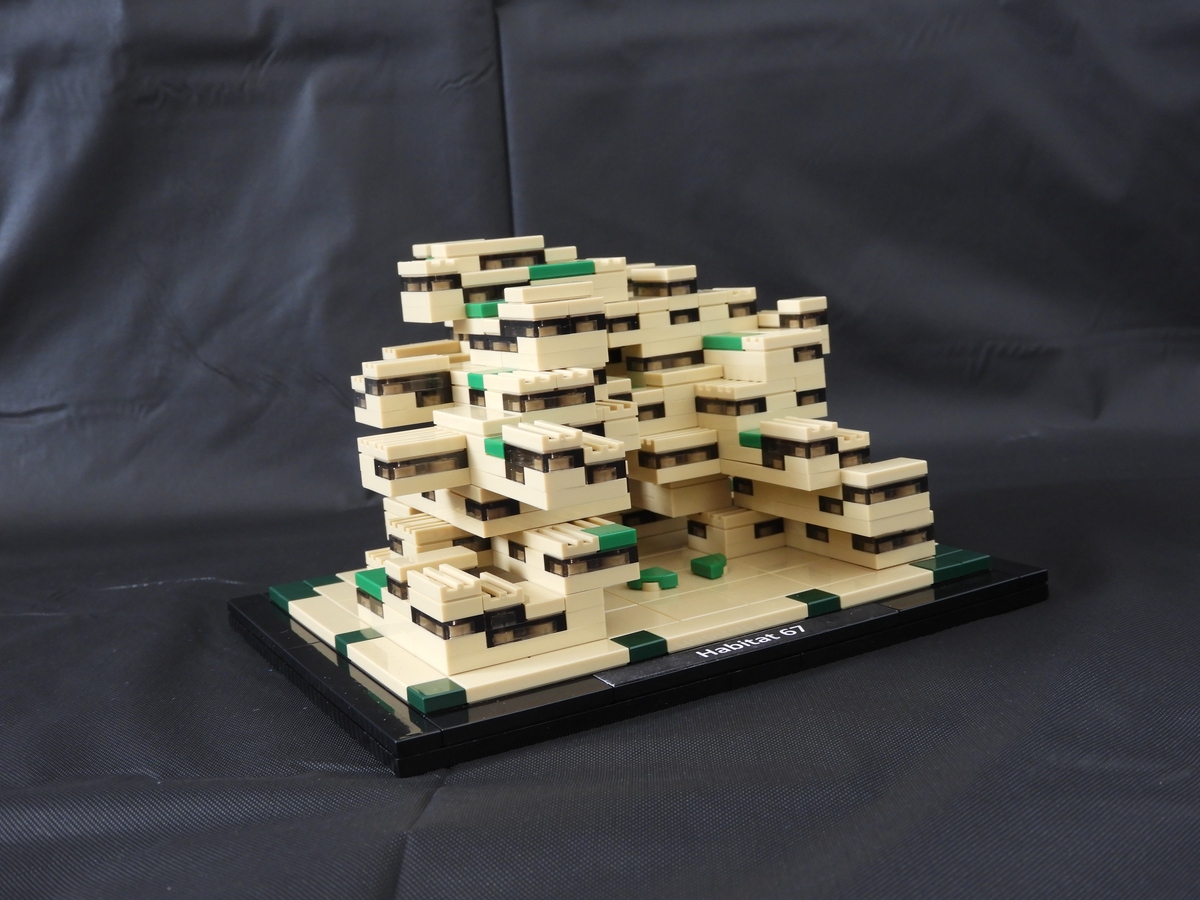 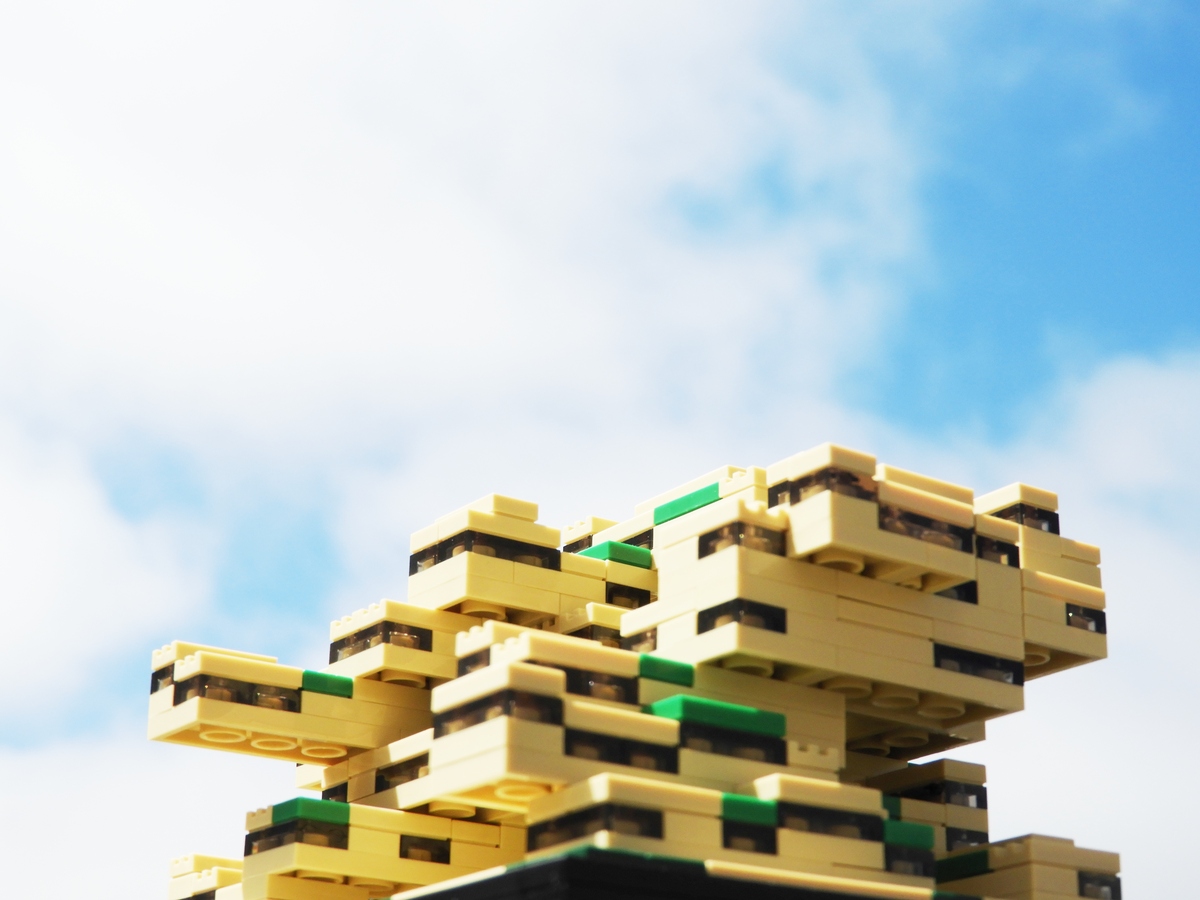 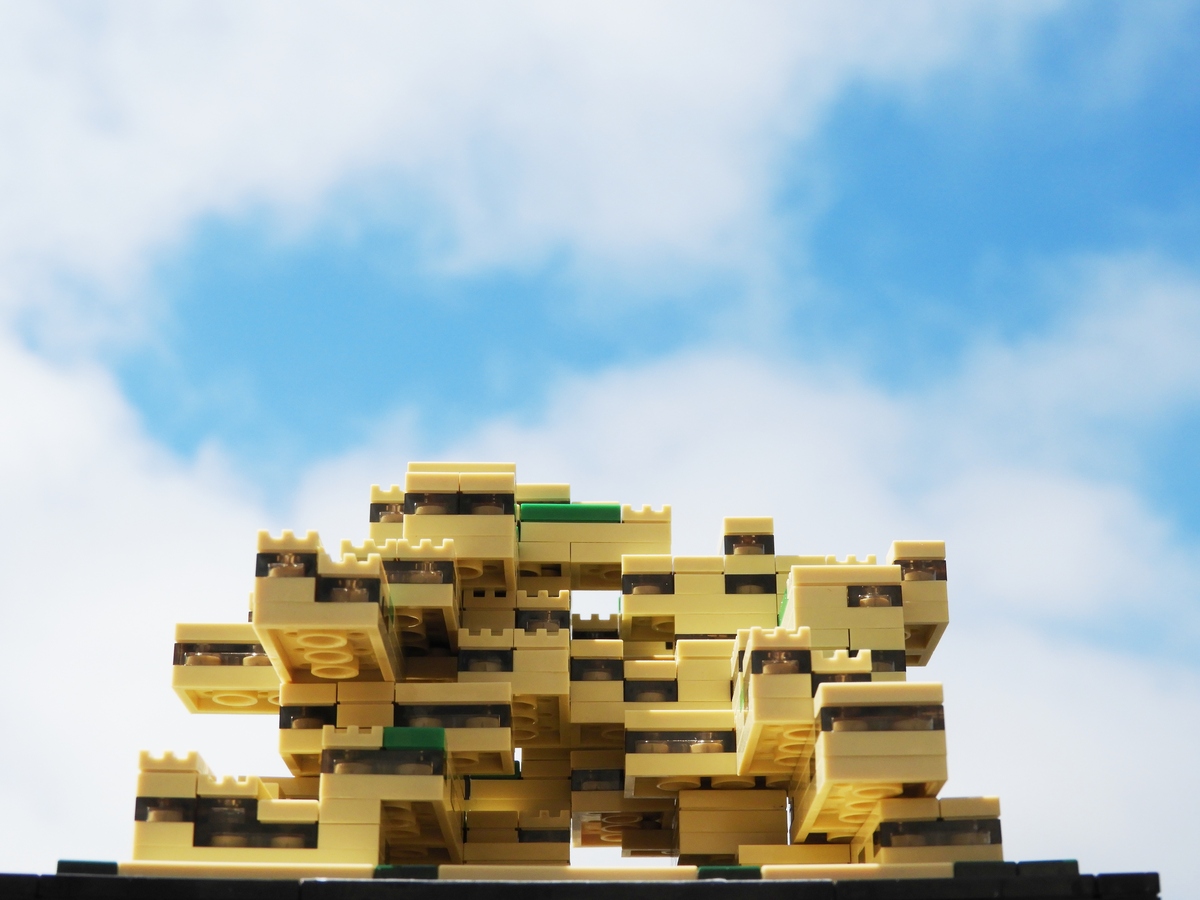 It is looked up with the angle of the sky that shows the beauty of  the Habitat 67. 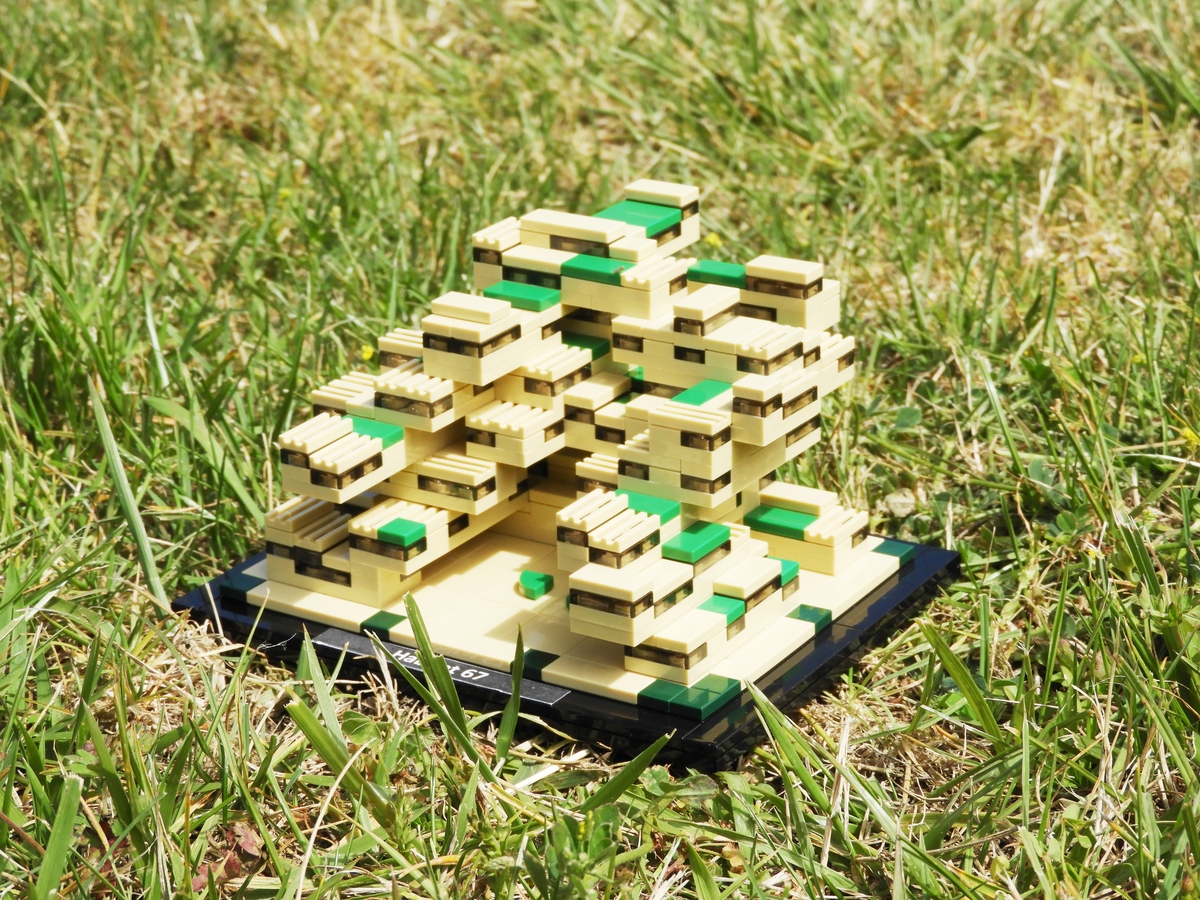 On the other hand, this was a very simple building and the colors were very suitable for Habitat. I called it that is "The Organic Habitat 67".
It will be looked at with different angles in Lego brick. 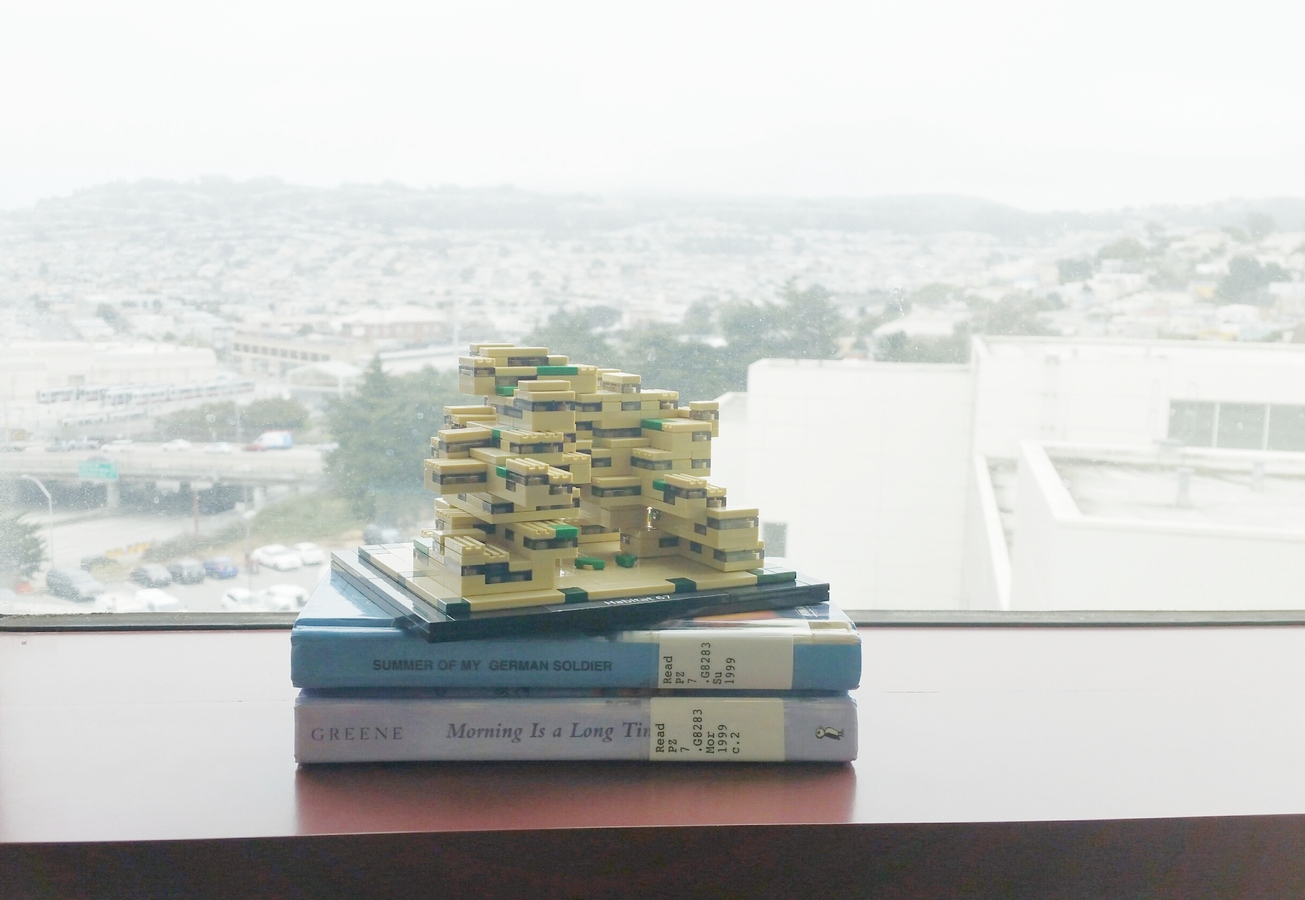 The Habitat 67 pioneered the combination of two major housing typologies – the urban garden residence and the modular high-rise apartment building. 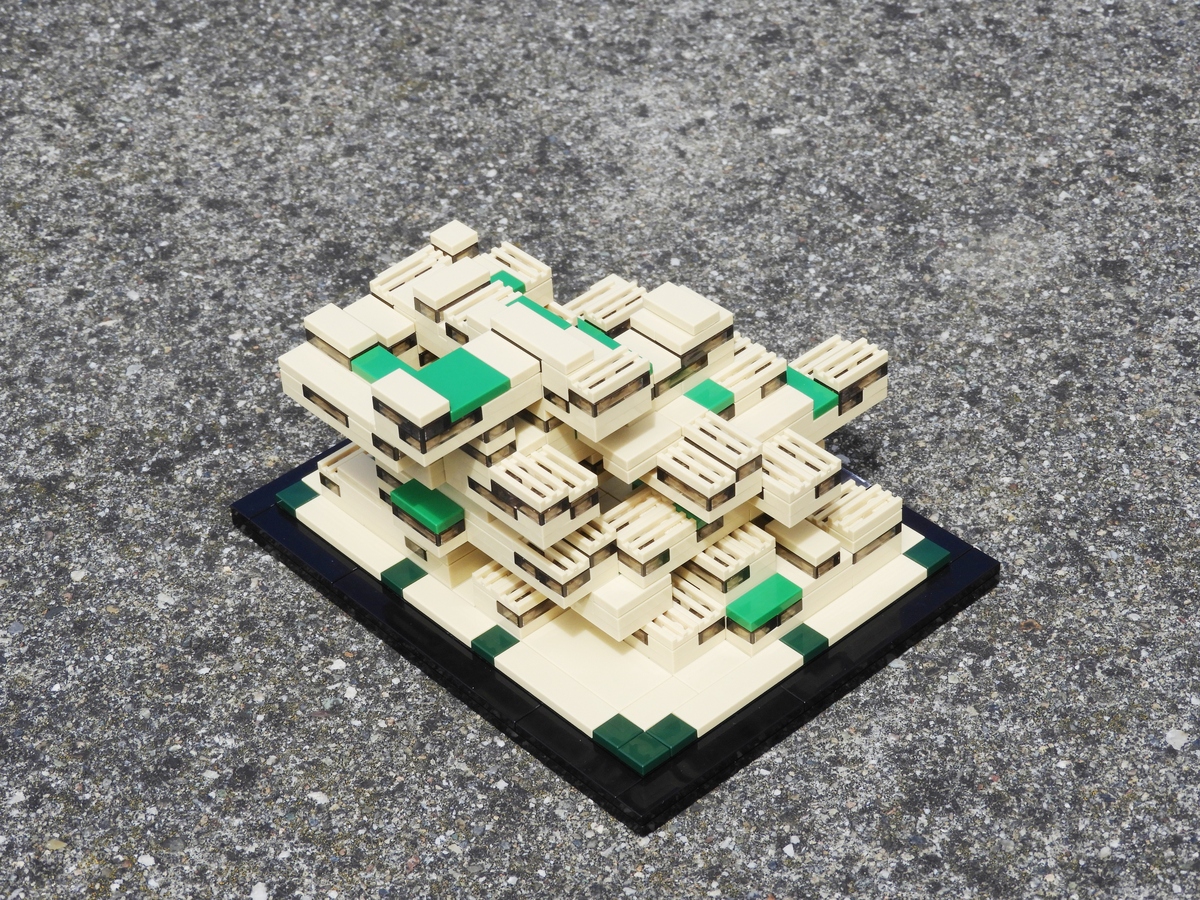 Moshe Safdie was awarded the project in spite of his relative youth and inexperience, an opportunity he later described as "a fairy tale, an amazing fairy tale." I think Habitat was important at its time because it had changed the architectural styles of apartment building. 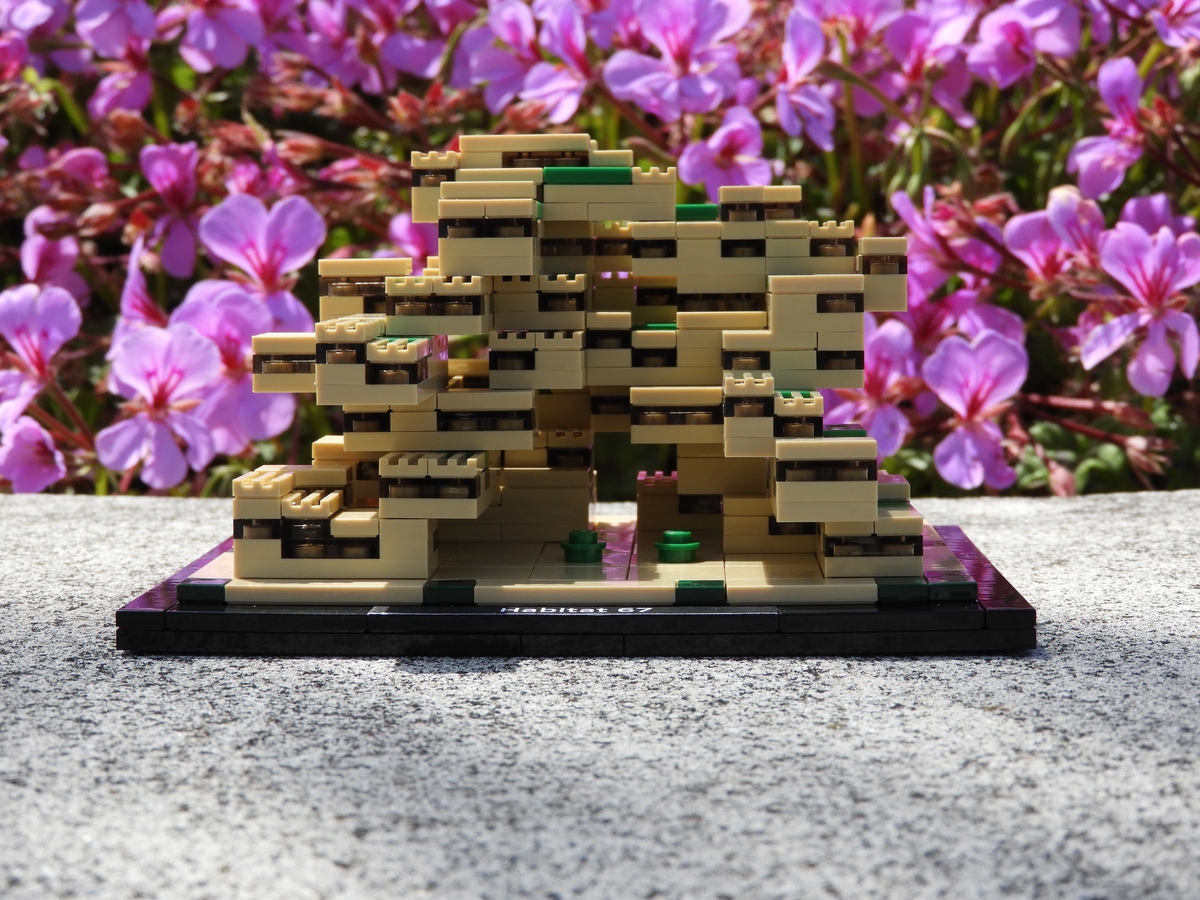 Thanks for supporting me!