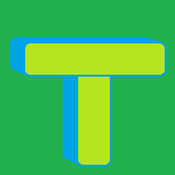 Hello everyone!
Here is an idea propositon for "LEGO Ideas": A LEGO functional canon.
It is possible to regulate the direction (360 °) and inclination. This cannon is also able to shoot a LEGO projectile by pressing a gray button.
On the sides of the cannon, two buttons can be rotated and trigger a simulation of alternating firing a quarter (two fictitious cannons on each side move forward and back to simulate a shot).

In the context of a story, this controlled fusion cannon is an automatic defense mechanism of the Earth.
It is able to shoot at short and long range, destroying aerial objects such as space objects.
This cannon sends a nuclear energy discharge from a controlled fusion wrapped in a force field that is destroyed during an impact.
The central cannon is the one that can evoke the most energy and the auxiliary cannons send small landfills in raffale.
In order to prevent any potential enemy from destroying the cannon, it is equipped with an impenetrable shield constantly activated.
Moreover, each unit is selfless and draws its energy directly from the core of the planet.