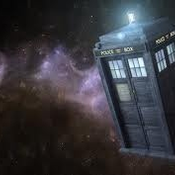 All aboard the crazy train. Jones the train driver sets out on his journey collecting passengers from many lands whether it be space or the old dwarven cave. He smiles as the Cowgirl Joanna, Twitter girl Susie and Birdy Ben clamber aboard the ruby red carriage. Puffing up behind them come Thorgud the dwarf from Odinvalley catching a lift to the majestic gold mines. The whistle blows, the wheels spin as they set off but todays journey will be different! Whizzing above them is a spaceman named Joe who is searching for a dastardly alien ship piloted by the mischievous Bokaj. Beneath the chase is the beautiful animal choir singing intense music for the epic chase. Suddenly there is a flash in the sky as the two ships come spiralling down, smoke steaming from their engines. The two dazed pilots fall out of their ships and realize if they want to get home they would have to ride.. The crazy train! There's only one problem, Bokaj had eaten too many space cakes so he wouldn't fit but driver Jones just said "You can ride on the roof! And they set off again to Brick Fever Station. Set includes The crazy train,7 minifigures, A UFO and spaceship, Animals, a station, a coal truck, a carriage, and a big field.