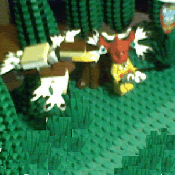 This is inspired by 'Lego Risk Game' by JohnGalt, who has given me permission to publish my idea. 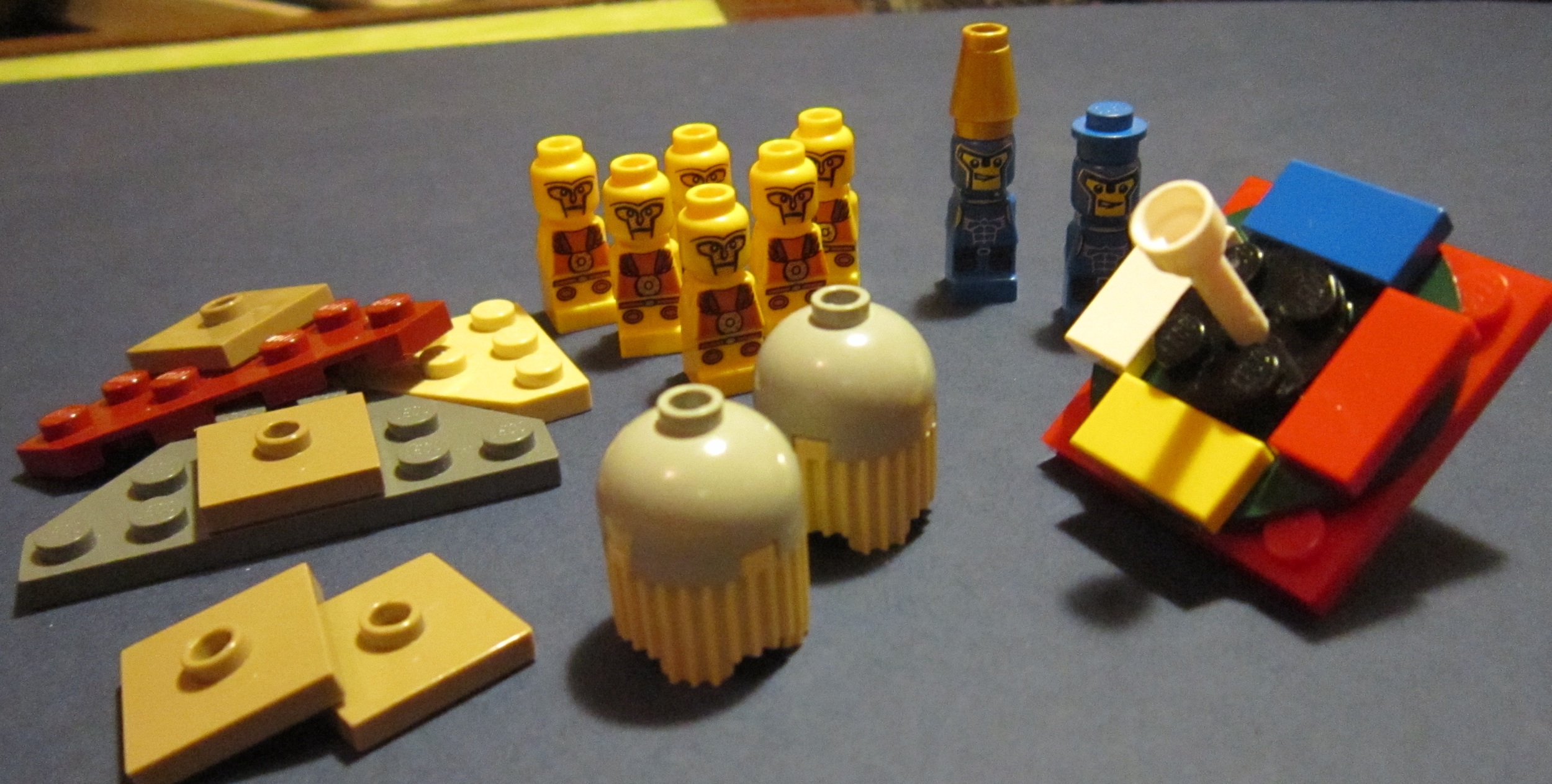 Here is the layout of territories... 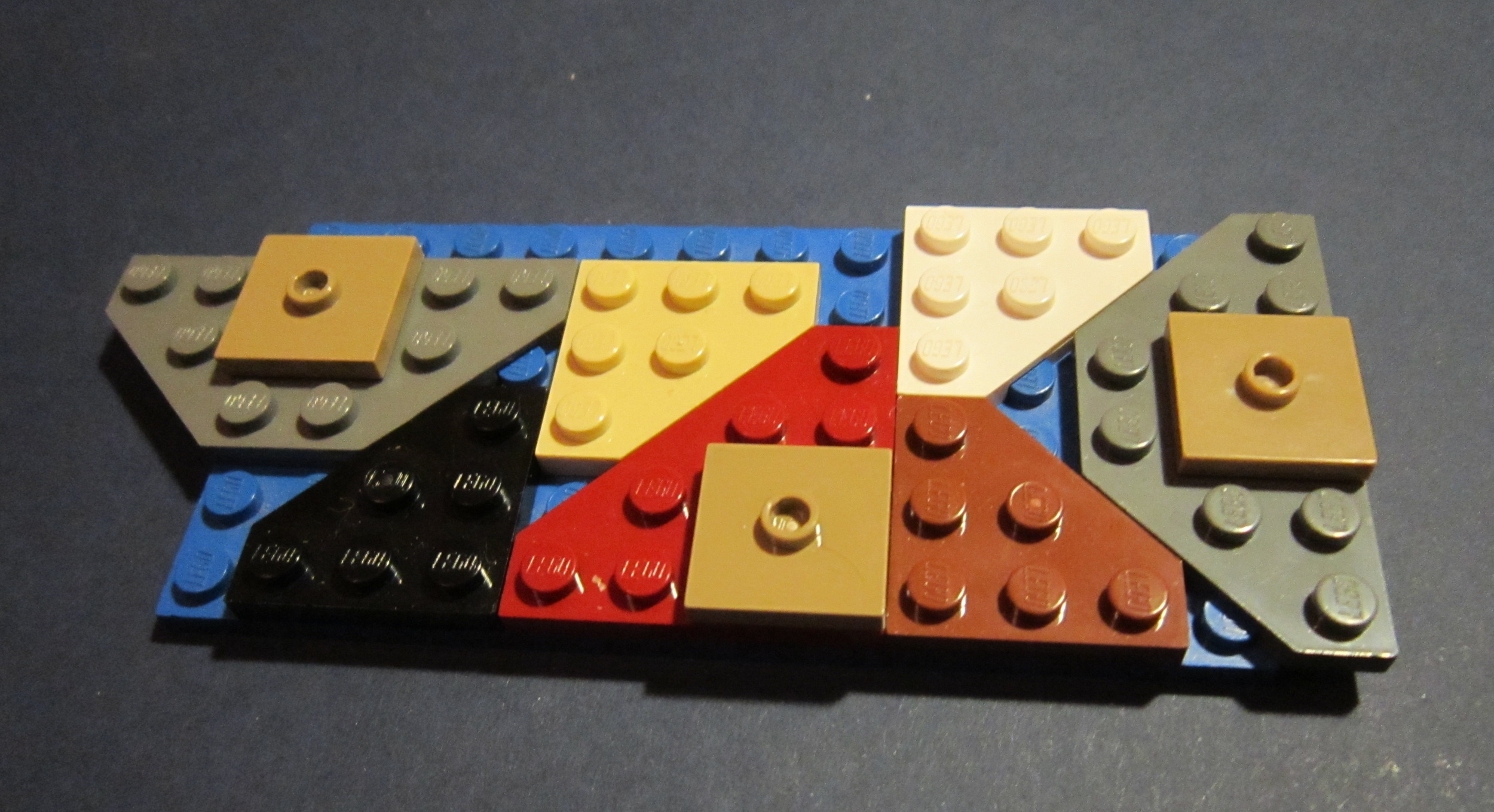 ... and the starting layout (Red/White armies are neutral and don't move but must still be defeated)... 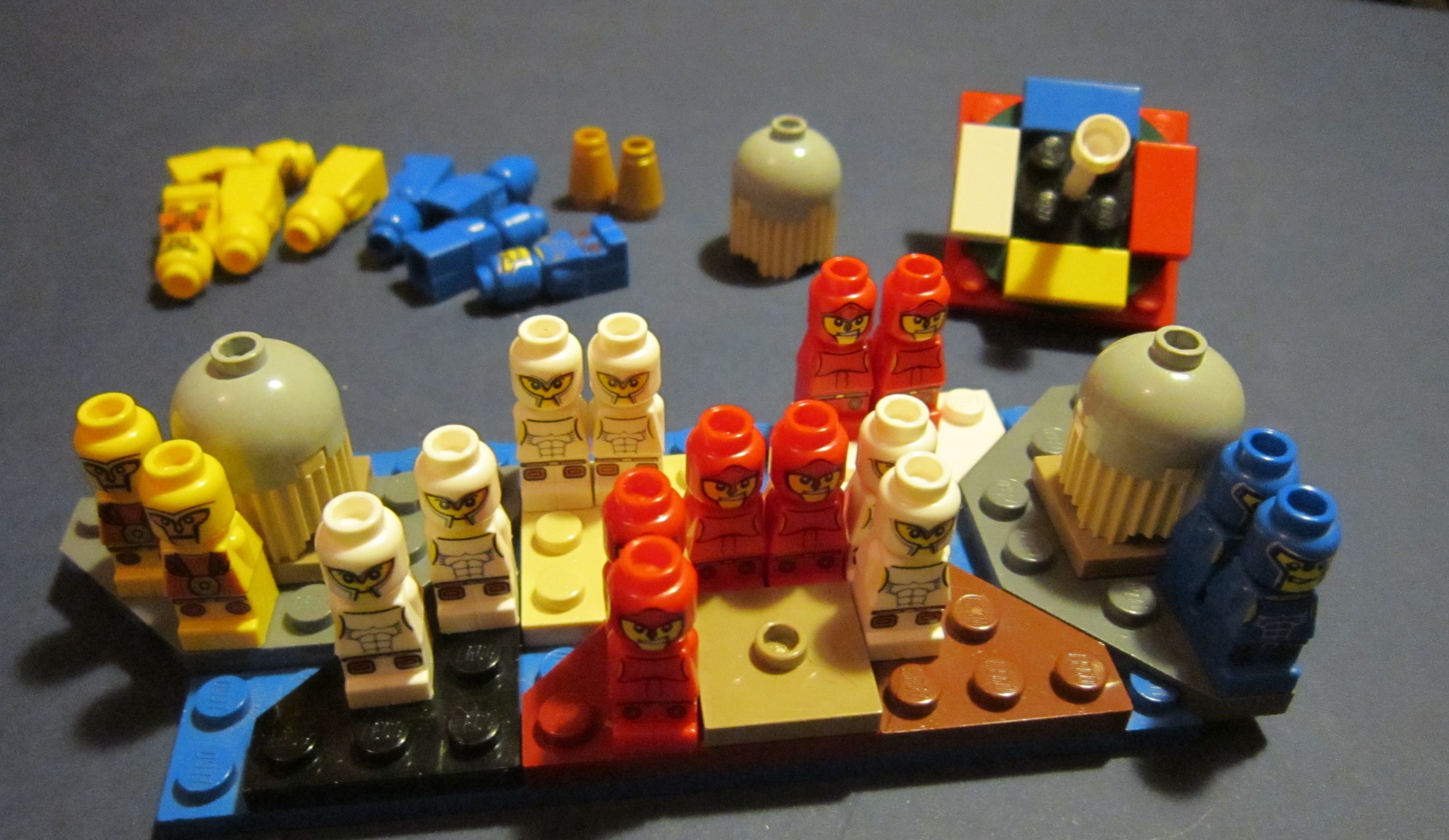 ... finally, here is a game in progress. 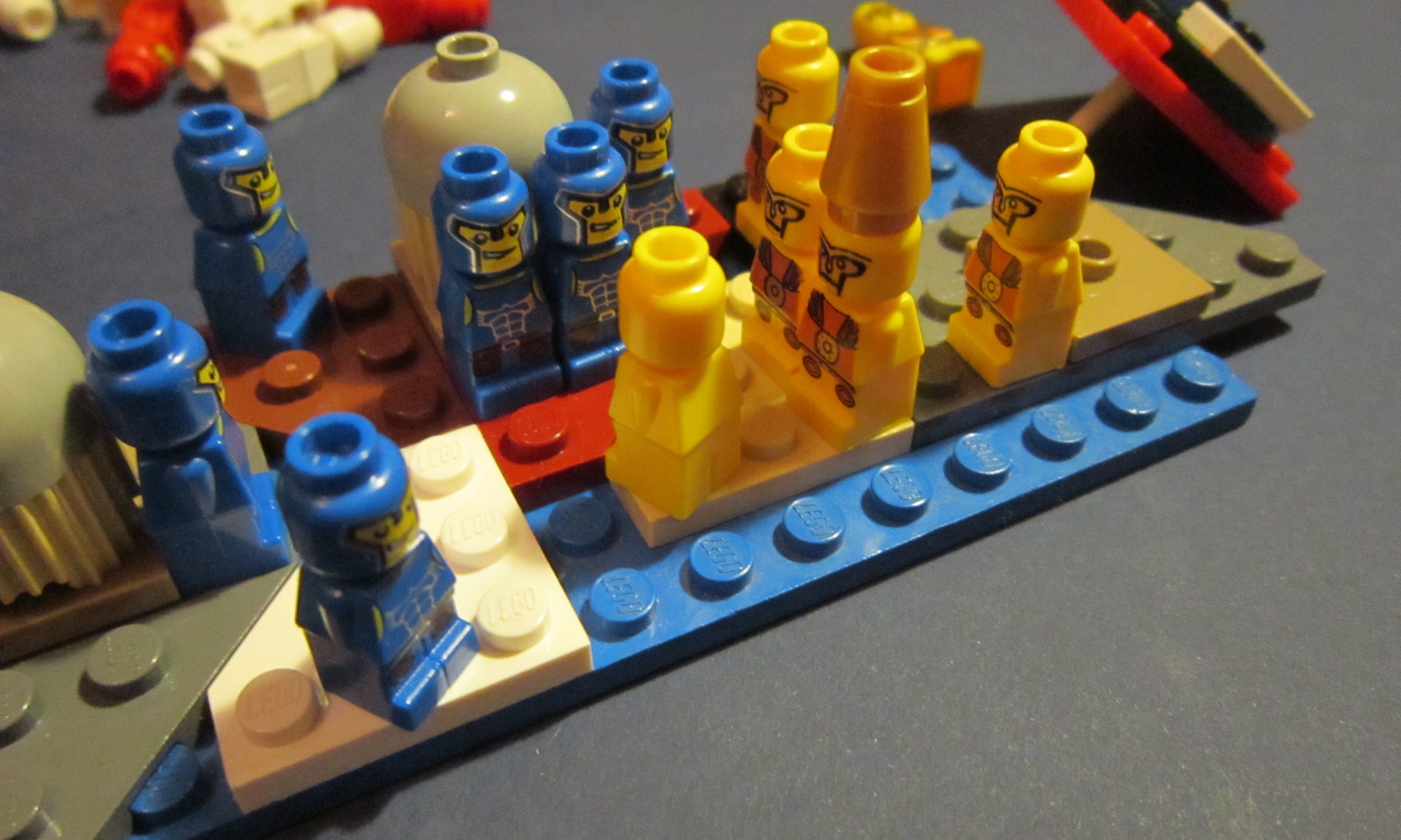 (turn 12)
Yellow has two territories and no fortresses, so gets two armies
Yellow attacks Blue - 3 vs 1, Blue has Advantage
--Yellow spins white, Yellow loses an army, Blue doesn't
--Yellow spins yellow, Blue loses their last army and their fortress is destroyed.
Yellow decides to move one army onto the empty territory.

The game ends when someone wins the whole board.


If you combine two sets you can use the neutral pieces for a four player game with max 12 armies and two generals. More sets means a bigger and more interesting game, as each additional set forces you to stretch your armies just that bit thinner.

The most interesting part of this game, having run it through a few times, is that if you want to attack in force, you usually have to weaken your defense elsewhere to do it. The careful balancing of attack and defense is what makes the army limit so vital to this game, especially as it gets bigger with four players.