Justice League Dark - Attack on the House of Mystery 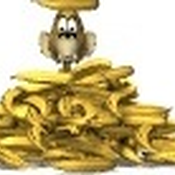 For those who are familiar with the building and the characters you will know that the House of Mystery is a mystical building that serves as a 'base of operations' for the JLD team and for the most part allows itself to be the property of John Constantine, although more recently has chosen to evict him in favour of Zatanna.

This set comprises of the main house and half a dozen figures. The figures I have included serve up four members of the JLD and two of their main adversaries.

John Constantine, Zatanna, Madame Xanadu and Frankenstine make up the heroes. It would be worth saying Deadman and the Swamp Thing really should form part of the figure offerings but custom printed parts would be required to show them here.

on the other side we have Nick Necro and Felix Faust, who play the part of the main villains the team go up against.

The main building is built in two sections, which easily separate in a modular style. The left side of the building includes the bay and tall tower roof and the right, the doors and lower roof line. The exterior is well textured and takes on the beaten and battered presentation the old structure does in the comics.

Inside the house there are several secret compartments with the one behind the fireplace holding the 'keys' to the house itself, something Necro and Constantine fight for but ulitimatly the house bestows on Zatanna. There is an area for Madame Xanadu to conduct her mystical studies, on the first floor there is a plant room where Swamp Thing can hang out and a study area where Zatanna can hone her magical skills.

The scale of the building matches other 'official' superhero buildings so looks right at home next to the Arkham Asylum building which was part of the challenge when creating this set.