Hello Lego friends, you did it!

We’d like to thank every single one of the 10,000 supporters who got behind this product idea. Your avalanche of votes and the passion shown in your tweets, posts and messages has been amazing!

In the spirit of Elon Musk, you’ve now firmly established that SpaceX themed Lego is possible. As we hand the reigns over to the reviewers, your collective enthusiasm has helped tilt probability a key step closer to making SpaceX Lego a reality.

A project like this comes from a huge combined effort and we want to share our sincere appreciation for everyone behind this project. Firstly there’s special thanks to the myriad of people who helped promote this project online and in the real world. These tireless campaigners included many new friends from around the world, who we’ve meet through a shared passion for seeing real life Lego SpaceX kits. Whilst there are too many to list, we wanted to make special mention of Fraser, Mary, Adam, Morgan, Mike, Andrew and Jules.

We were also honoured to have the team from SpaceX get behind this project. Thank you for the tips and suggestions, we’re humbled by your willingness to help and glad you liked the improvements. We’ll be thrilled if we can take up your invite to launch the set at SpaceX Headquarters amongst the engineers, programmers and technicians who’s work inspired it.

The unsung heroes are our friends and family that have supported and encouraged us at every turn. These include Emmanuel Urquieta, who lit the fuse that started this project, John our Chief Encouragement Officer and the dynamic duos of Ben & Amanda and Mick & Toni. Our respective Partners have been the baseplate upon which this project is built and our kids were wonderful product testers, design reviewers, and true master builders with their many suggestions. Sincere thanks to Valerie’s Husband Gilles, and their children Alizee and the great active designer Alan, along with Matthew’s Partner Carolyn, and kids Mark, James, Isaac, Hannah, Will and our project baby Lucy.  Lastly, thanks to my parents for making Lego a treasured part of my birthday and Christmas every year!

Whilst we won’t be able to make further updates or comments here shortly, we want to stay in touch and show you even more Lego SpaceX ideas, including the soon to be finished drone ship OCISLY. The project’s Facebook page, SpaceX - The Ultimate Collection is where you can follow future additions and developments. Other ways to stay in touch include:

The future of space exploration is brighter than ever! SpaceX now launches more rockets than every other company and country on Earth combined. Just as we were inspired as kids by Space Lego, we need to inspire future kids to build their own Lego rockets, so one day they can build real ones. Our path to the stars is truly built brick by brick.

Before time runs out, we wanted to add some more elements to our project and make just a few refinements.

Here are pics of our newest family member, the Dragon 1. Adding only 75 Lego bricks and 24 decals, all three phases of Dragon's ISS resupply mission are included, commencing at launch, then in orbit as it completes the resupply, before finishing with a parachute landing.

Here also are the last updates:

There's little more than two hundred tickets available for this adventure before the 10k takeoff... 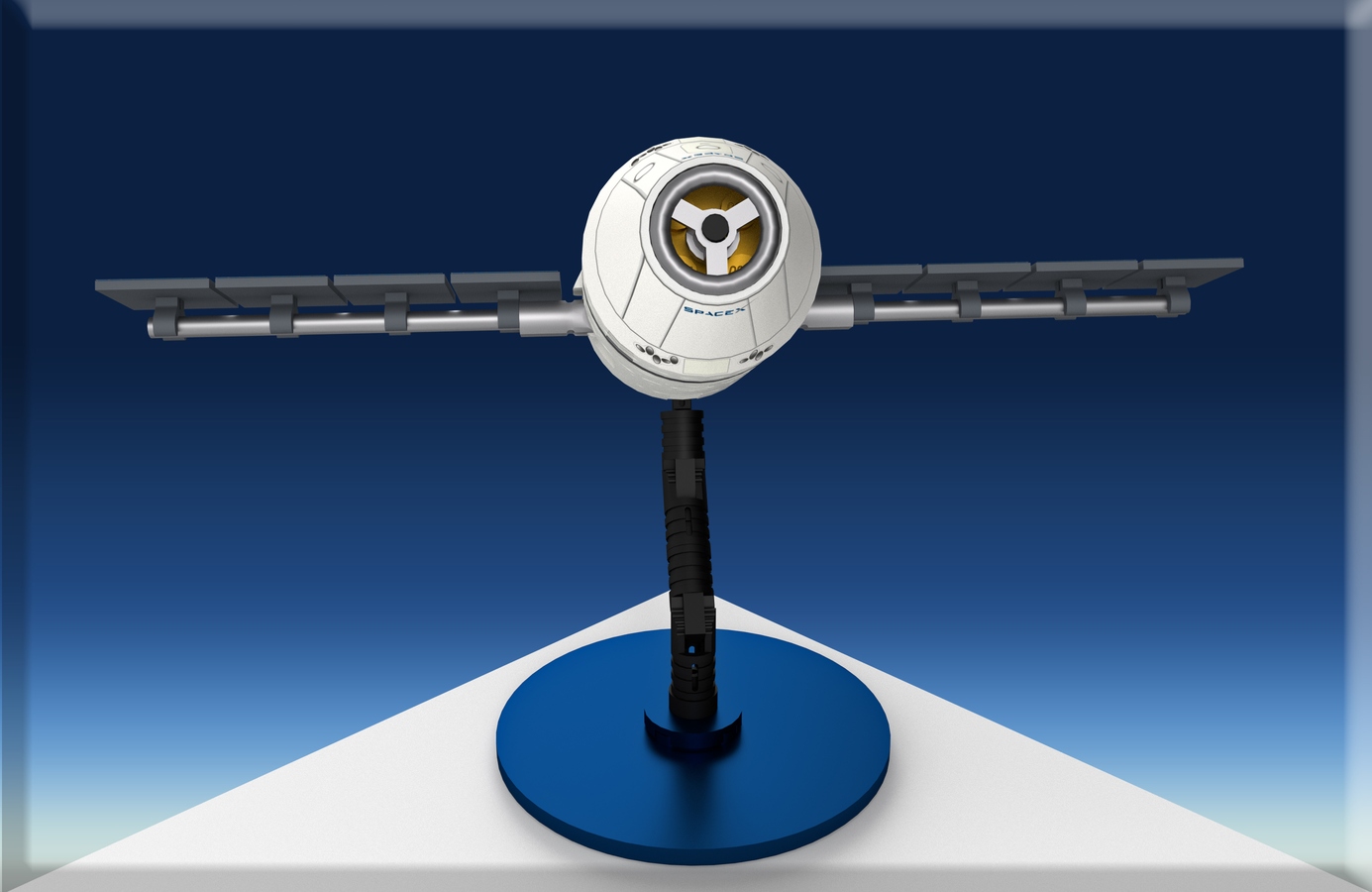 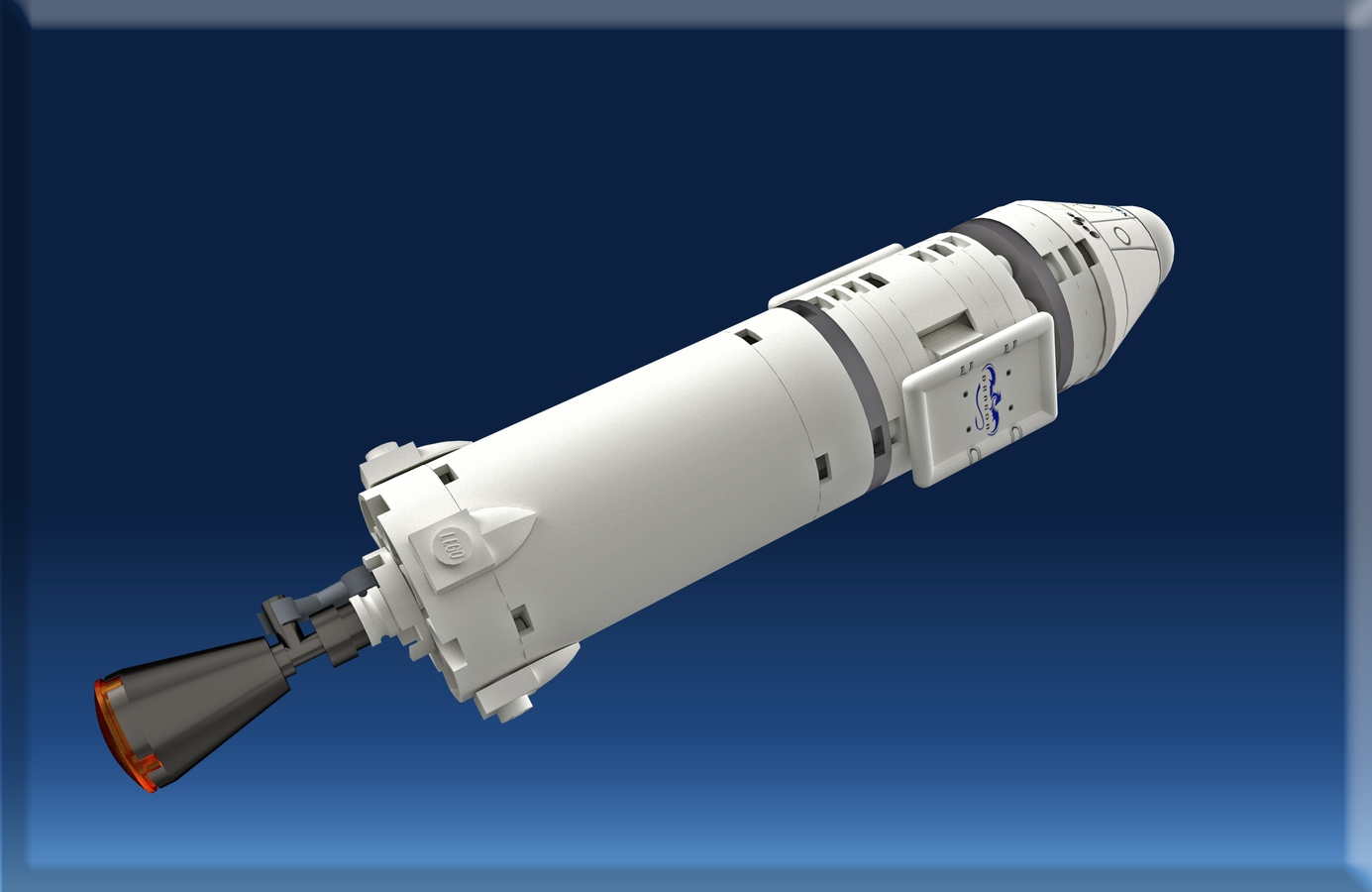 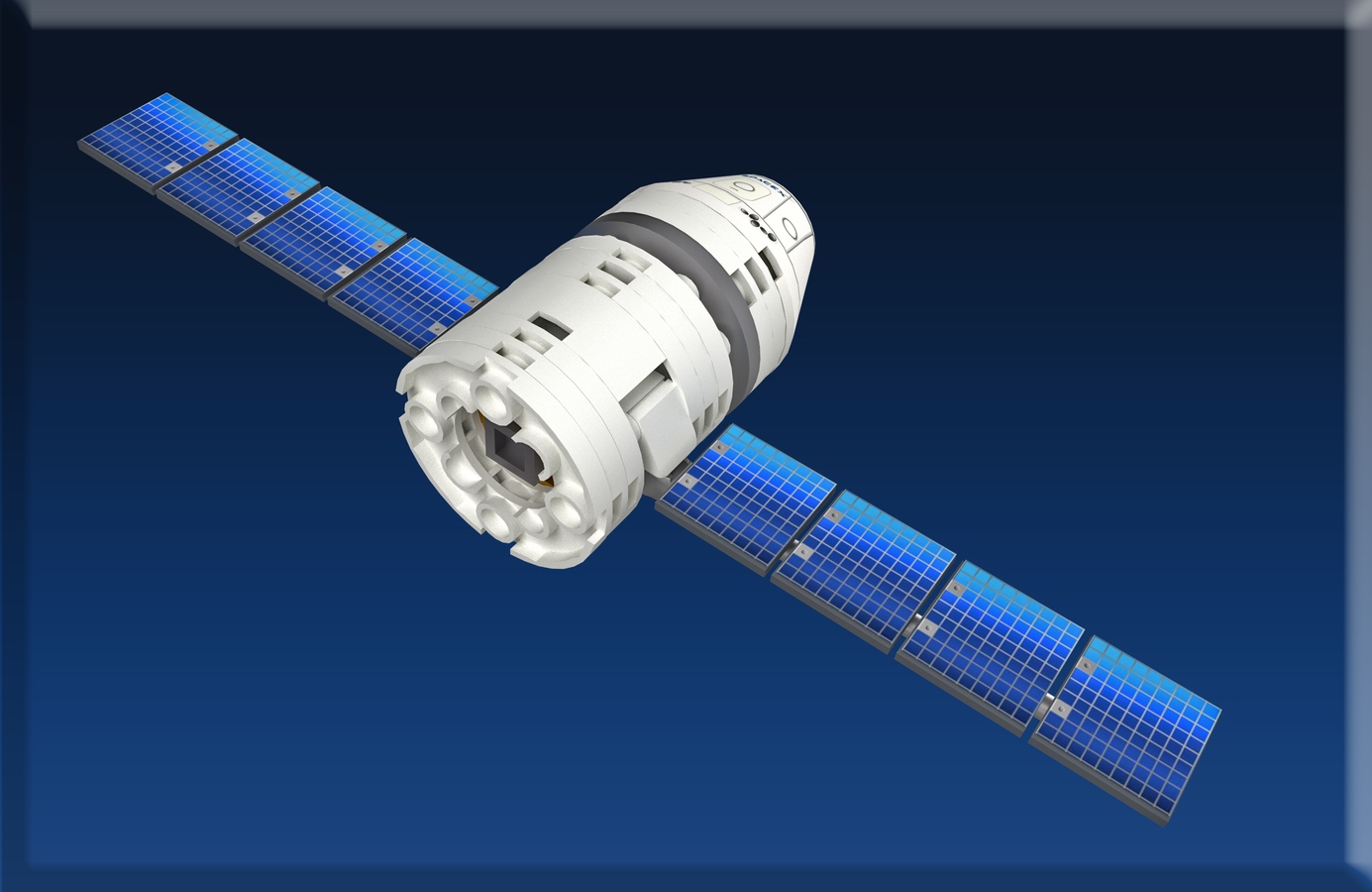 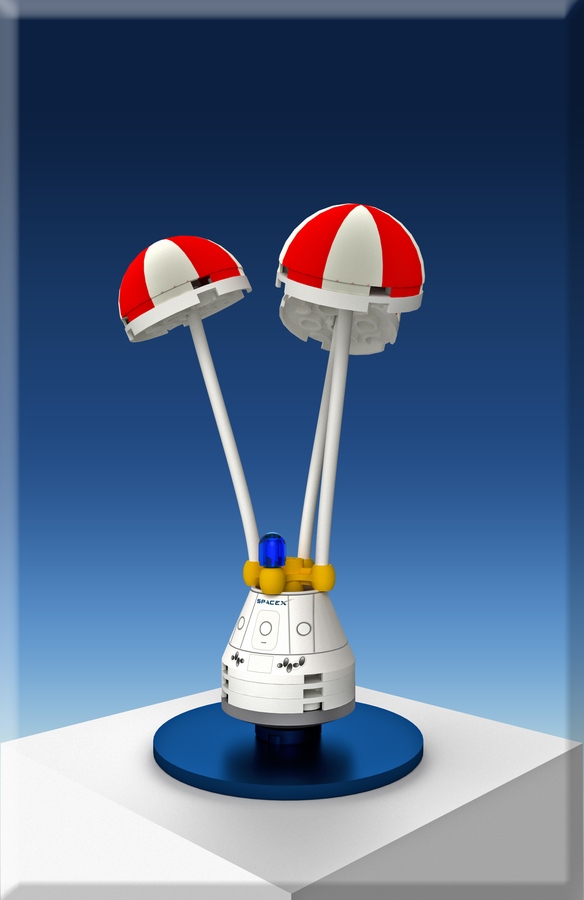 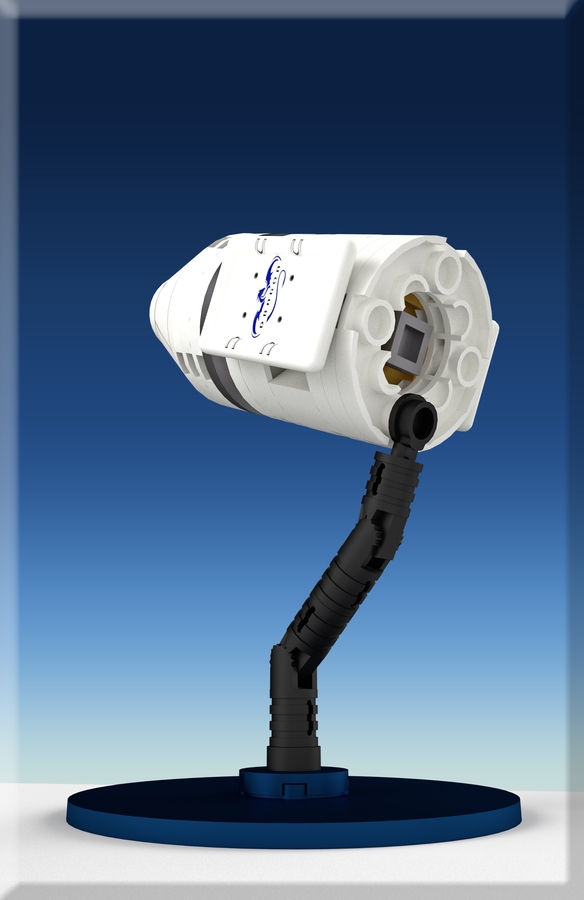 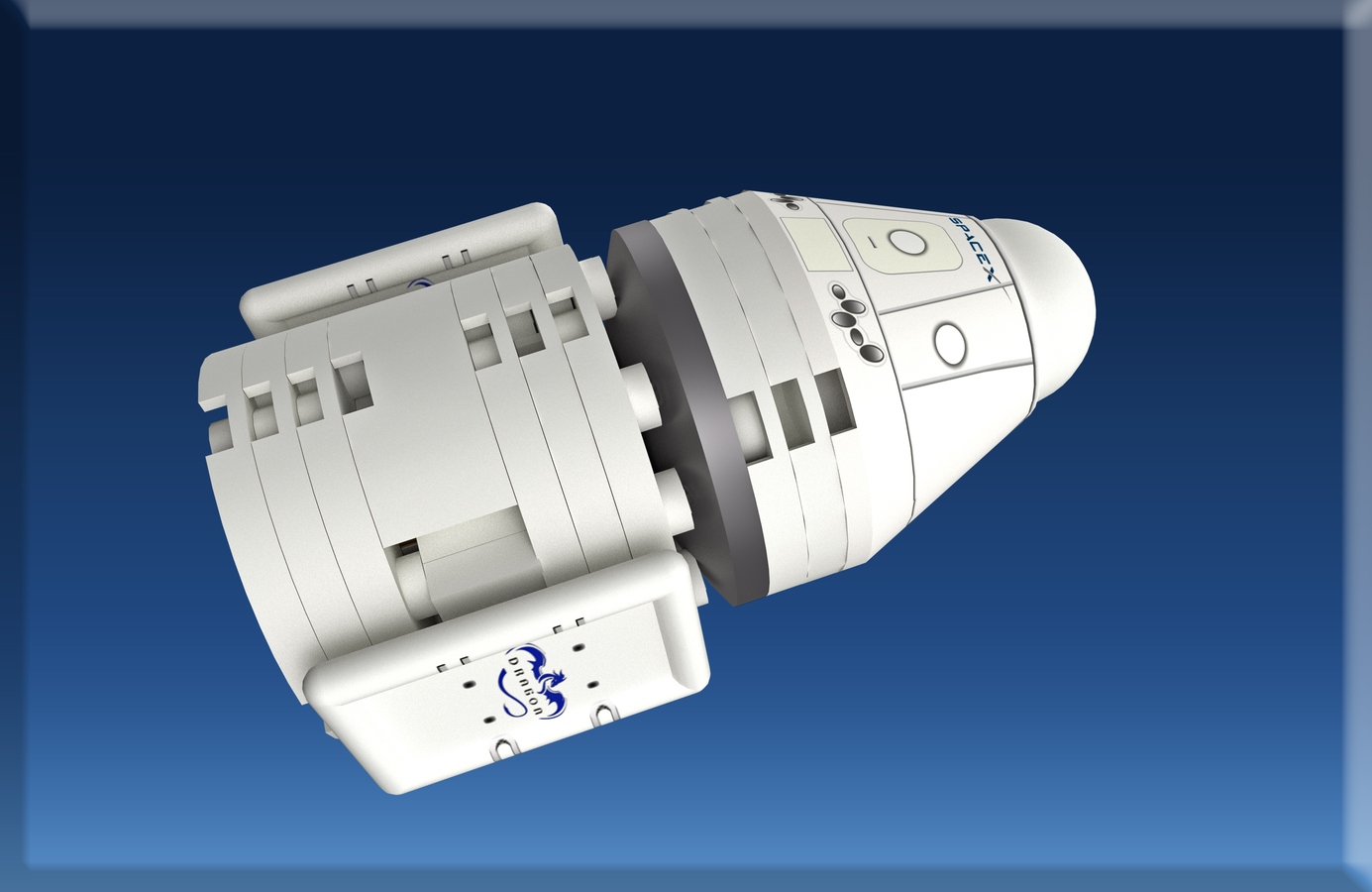 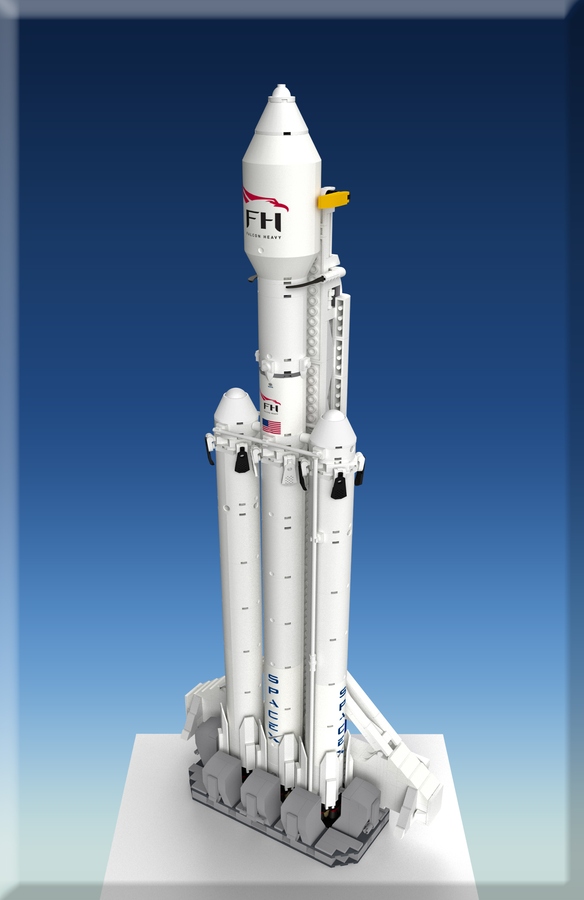 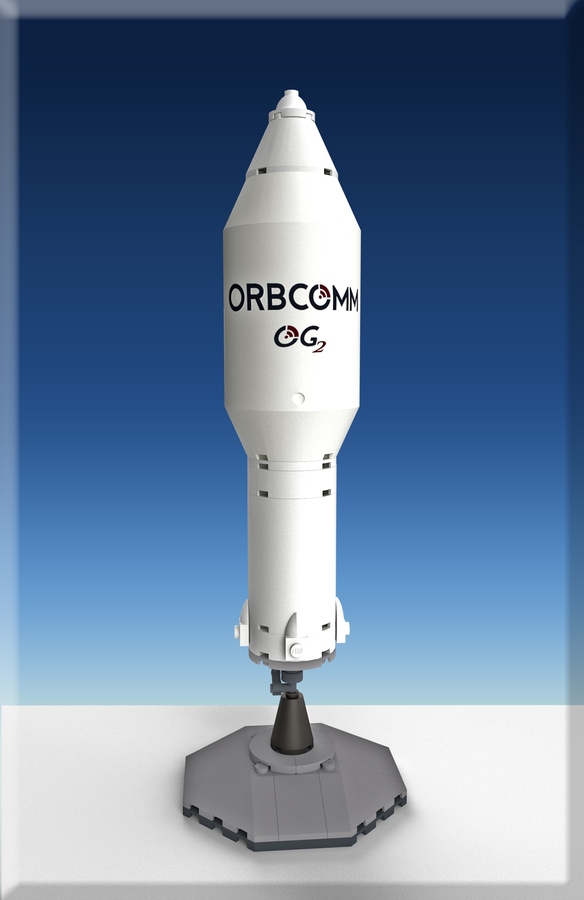 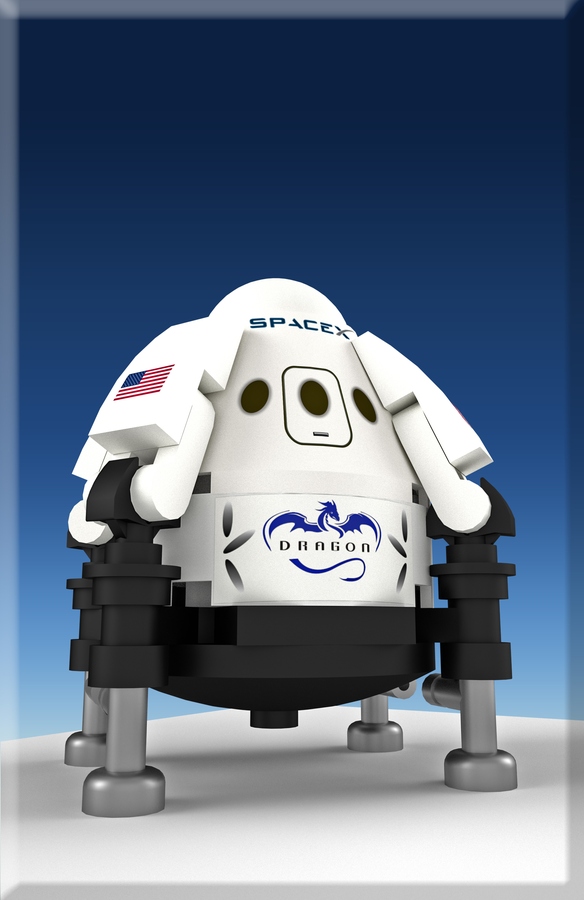 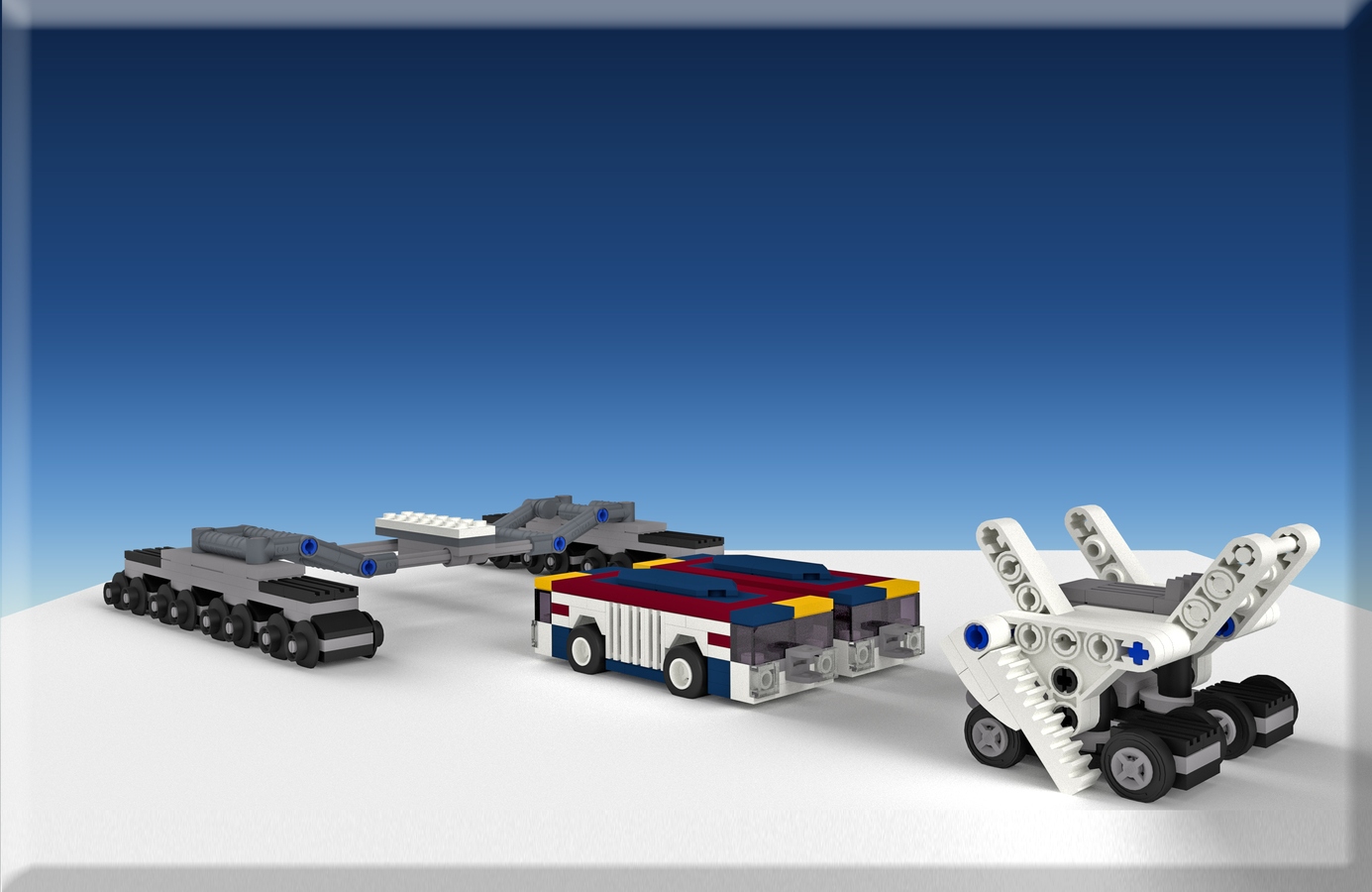 Supporters from SpaceX - You inspire us!

As we count down to 10,000, you continue to blow us away with your support!

Kicked off by SpaceX Engineer Andrew Rader @marsrader, we want to say a special thank you to the supporters from SpaceX who have done an amazing job of letting people know about this project.  It's fantastic to have the real life SpaceX engineers, programmers and technicians onboard.  You folks inspire us, so it's great to join with you and get a shot at inspiring millions of kids with SpaceX Lego!

Our sincere appreciation goes out to all 5,000 of you.

We’ve been listening to your suggestions for additions to this project. As we progress towards 10,000 supporters we’re going to be adding more SpaceX equipment.  Next up is the Dragon 1 capsule, to be followed by Of Course I Still Love You, the Autonomous spaceport drone ship - check back soon to see pics of these new additions.

The support and encouragement all 3,000 of you have given us is just awesome!

As a token of our appreciation to each of you, we're excited to be adding more elements to this project.

Below are the first pictures of the transportation system SpaceX uses to tow the TEL and rocket out to the launch pad.  It includes the two tugs, front tow cradle and rear rail bogies.

We're going to keep working on more elements, so make sure to let us know in the comments which ones you want to see next! 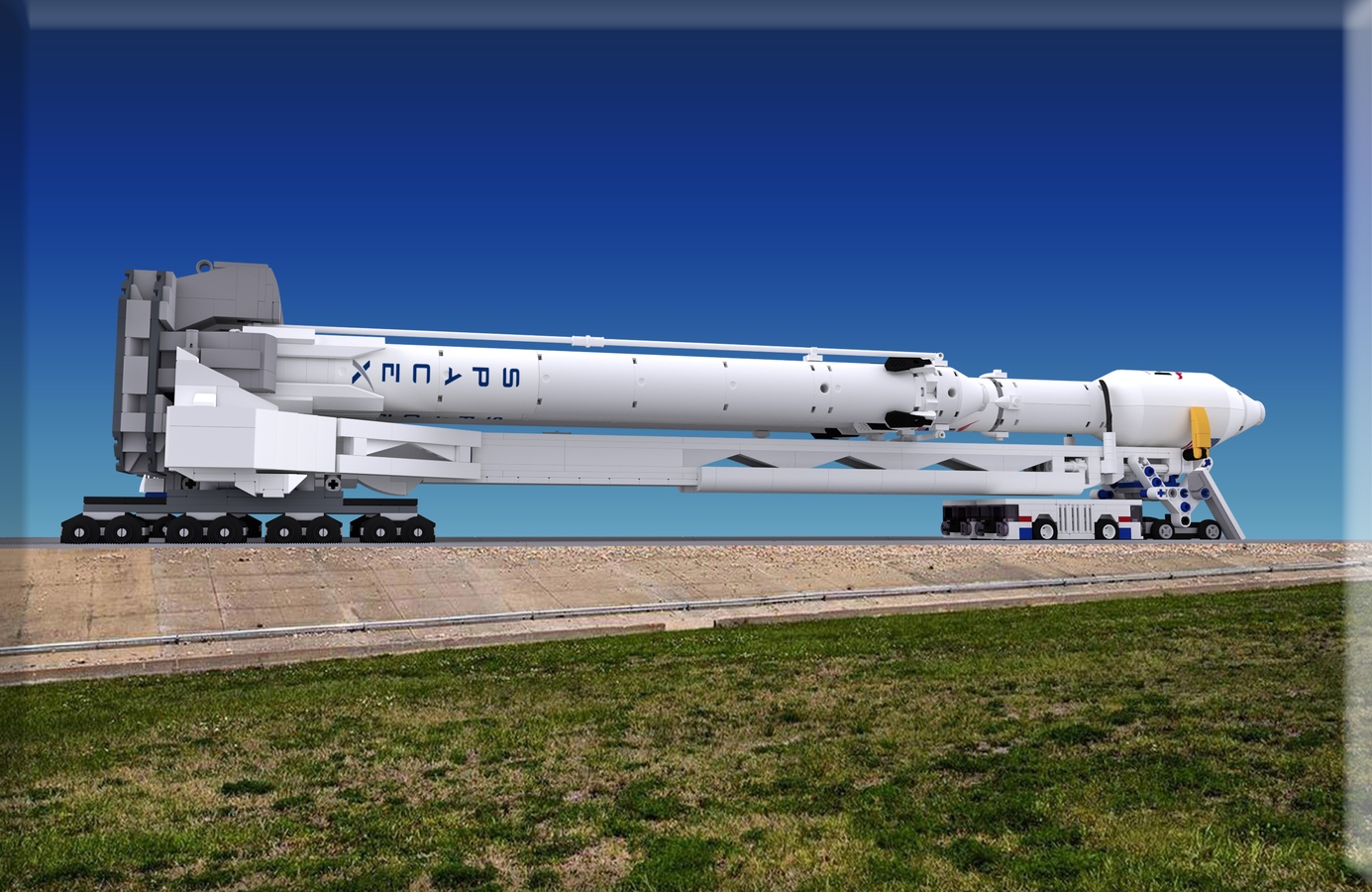 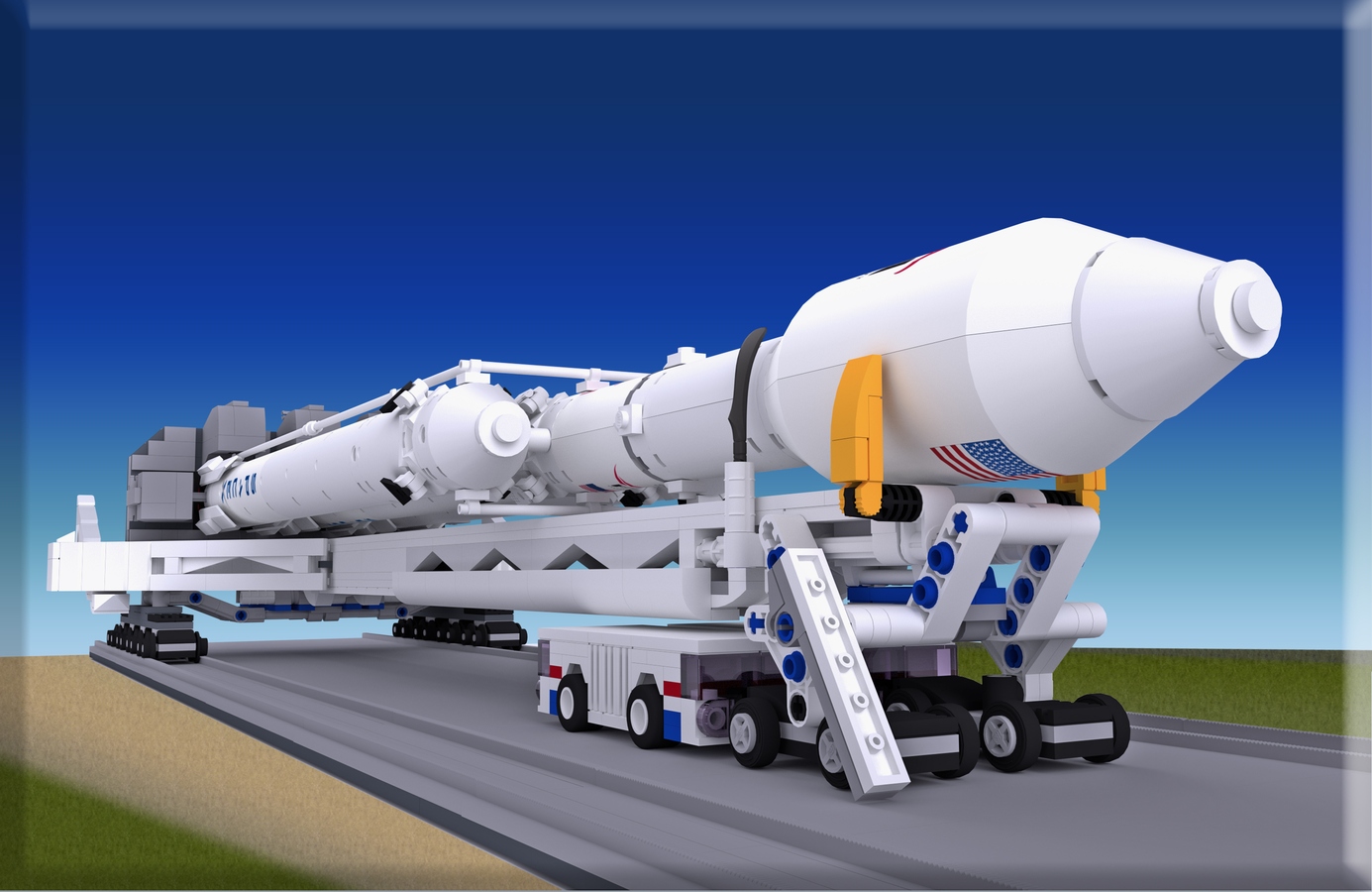 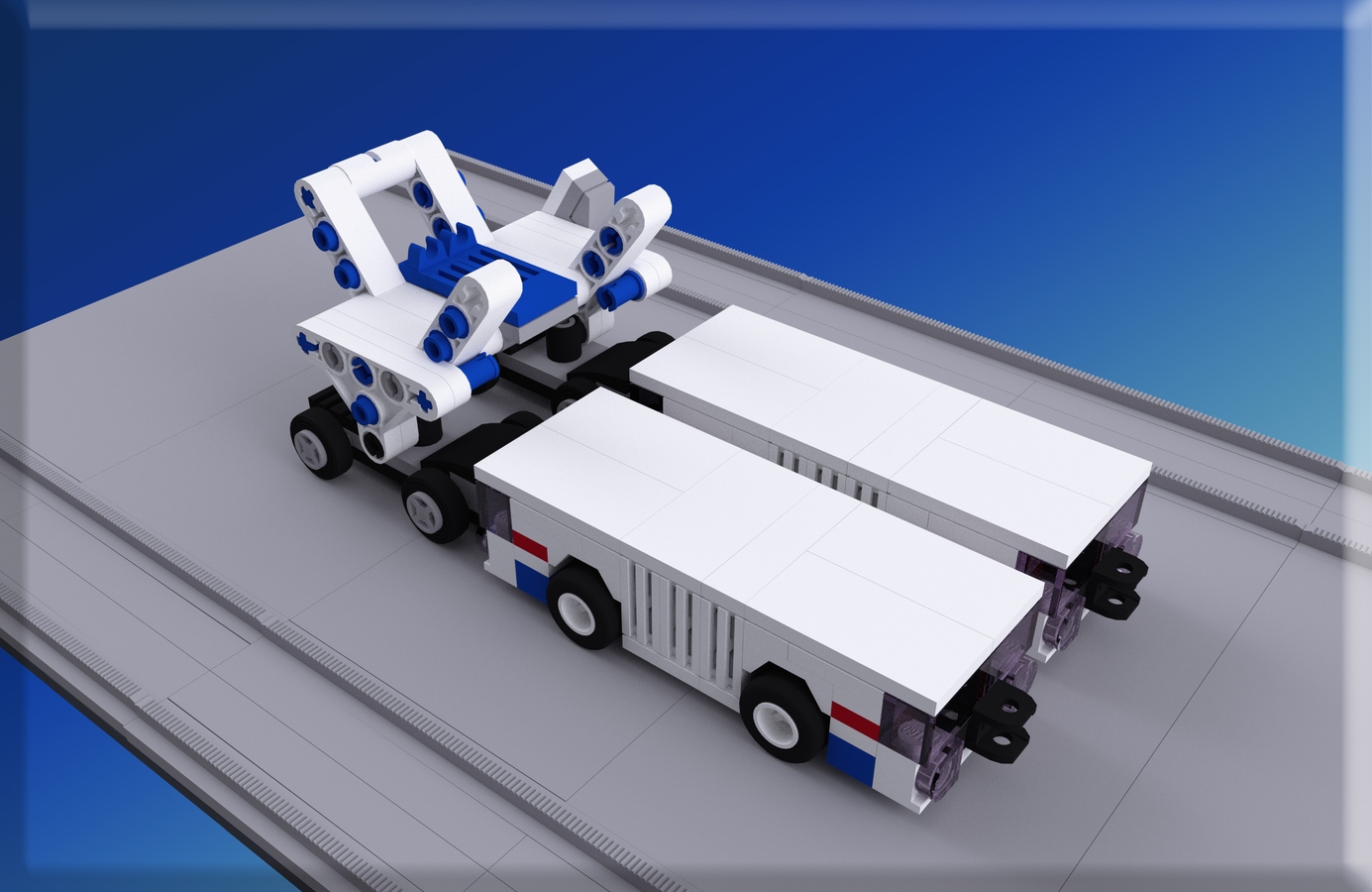 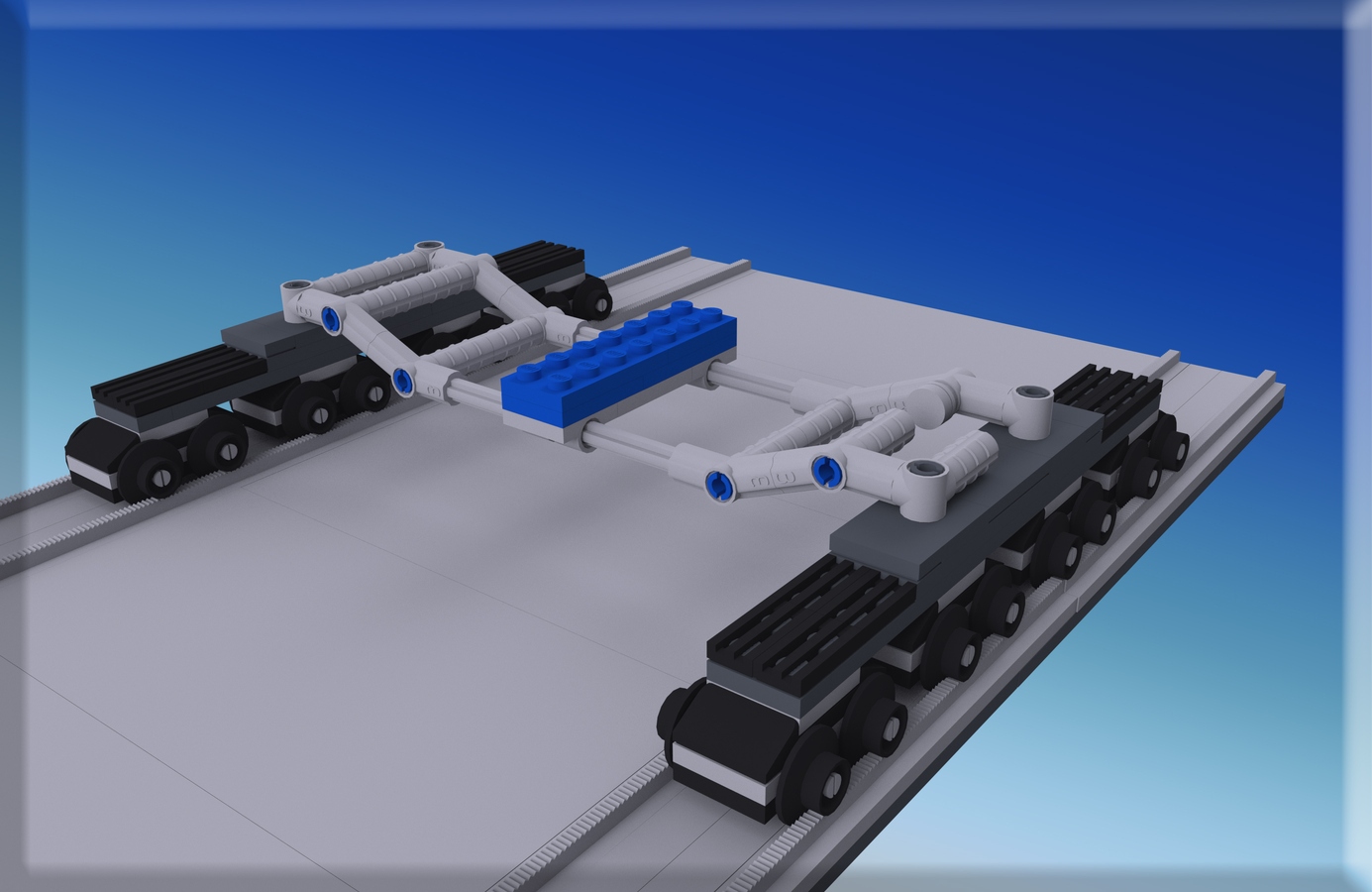 Thanks so much to each of you for your support, it means the world to us! We listen to all your comments and always appreciate your thoughts on the project.

This journey has only just begun, shortly we’ll be releasing our first addition to the collection. More SpaceX tech that has never been seen on Lego Ideas before, we can’t wait to share it with you!

In the meantime, for the many people that have expressed an interest in building this project as a companion to their Apollo Saturn V, below is a photo of the two 1:110 scale sets together. 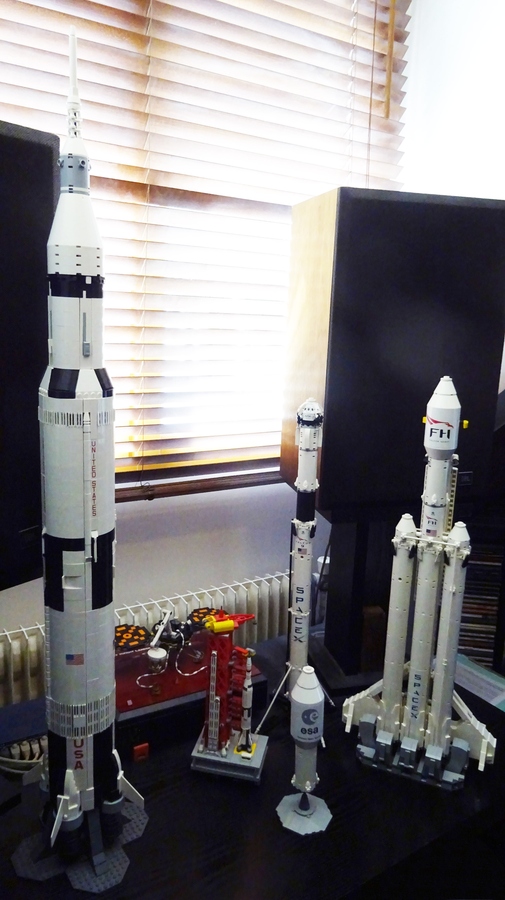