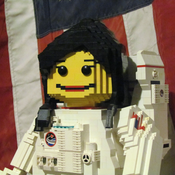 AT&T Stadium, formerly Cowboys Stadium, is a 80,000-seat capacity stadium, with a retractable roof, in Arlington, Texas. It serves as the home of the NFL-Dallas Cowboys.It replaced the partially covered Texas Stadium, which opened in 1971 and served as the Cowboys' home through the 2008 football season. The AT&T Stadium was completed on May 27, 2009. The facility can slo be used for a variety of other activities outside of its main purpose (professional football), such as concerts, basketball games, college and high school football contests, soccer matches, and motorcross.

The stadium is sometimes referred to as "Jerry's World" after Dallas Cowboys owner Jerry Jones, who originally envisioned it as a large entertainment mecca. The stadium seats 80,000, making it the fifth largest stadium in the NFL by seating capacity. The maximum capacity of the stadium with standing room is 105,000. The stadium also has the world's 24th largest high definition video screen, a.k.a. Jumbotron, which hangs from the 20-yard line to 20-yard line.