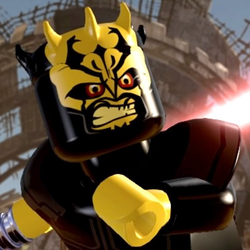 This is the NASA version of the modified SR-71 A Blackbird. It flew under NASA from July 25, 1991, to October 9, 1999 While in NASA, 2 of the aircraft were used for reconasance, while the other 2 were used for various research purposes. The SR-71 still holds the record for the fastest and highest-flying operational manned aircraft.

This is a smaller version of the aircraft and it has 114 peices including the stand. The reason why the aircraft has white stripes painted on the tails was to distinguis that the aircraft belonged to NASA.You can display it either upright, at an angle, or any way you want to show it off.

I hope you support this project to show support for this historic and remarkable aircraft.