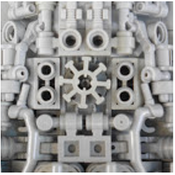 Originally designed for the military, this fast and agile spacecraft later became very popular with the wealthier classes of civilian society, affording much respect to their owners.  A few of these vehicles even won in prestigious galactic races, piloted by such legendary racing champions as Bruce McDougall. Sadly, few of these sleek fighters remain today, with this one, Bluewolf, being one of only five spaceworthy originals left.

This is my project of a vic viper that I have called "Bluewolf".  This model has undergone many improvements and alterations since it was first constructed, and the bumblebee stripes suggest that it has even become part of the wider classic space universe.  The model is built around a technic core, as shown in the images, which ensures strength and stability for the angled body.  The cabin section detaches and can land with three small landing legs, one of which is also the forward leg when the two parts are re-attached.  There are six fully retractable landing legs altogether.  The girder parts influenced the design heavily, providing inspiration for the spider-like frame appearance.

I intended this model to look fast and streamlined, while still being sturdy enough to play with.  The current model has a good balance of appearance and strength, though the extremities, such as wings and front prongs, often fall off.  The shape of the vehicle is derived from the popular 'Vic Viper' design, with front forks and three rear wings.

If you like spaceships and think that LEGO should make more of them, please support.  Also, share this with your friends on social media accounts, because the more people know about this, the more likely it is to become an Awesome LEGO set!

P.S.  If I can work out how to, I will also post my LDD file of the model in the updates section.