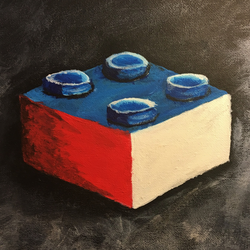 In the year 1919 a prize of 25,000 dollars was offered by Raymond Orteig for the first nonstop flight between New York City to Paris, France. In Febuary of 1927 eight years later, Charles A. Lindbergh placed an order with Ryan Airlines in San Diego for an aircraft with specifications necessary to make the flight. As principal designer, Donald A. Hall made the modifications. Late in April of that year the work on the aircraft was completed. Painted in silver and carrying the registration numbers N-X-211 Lindbergh made several flight tests, and then flew the aircraft from San Diego to New York on May 10-20, making only one stop, at St. Louis. His flight time of 21 hours, 40 minutes set a new transcontinental record! After waiting several days in New York for favorable weather, Lindbergh took off for Paris alone, on the morning of May 20, 1927. Thirty-three hours, 30 minutes, and 3,610 miles later he landed safely at Le Bourget Field, near Paris, where he was greeted by a wildly enthusiastic crowd of 100,000. The Spirit of St. Louis continued to make flights from tours of the United States, to Central America, and other regions around that particular country until finally its last flight to Washington D.C. where Lindbergh presented the aircraft to the Smithsonian Institution. Not until the Apollo 11 moon landing in 1969 was the entire world again as enthusiastic about an aviation event as it was when Lindbergh landed his little monoplane in Paris.

Building the Spirit of St. Louis proved to be a fun challenge as of yet there is no set involving this historical event. History can be fun and exciting as well as creative!

Designed in Lego fashion built with a compact cockpit the Spirit offers a flight into the past. Mounted on the rear of the fuselage is the air speed indicator while further up sits a star gazing window above the pilot compartment. Detail landing gear upholds the V shape support frame.

If all goes well and you like what you see please give a supporting vote. Thanks!