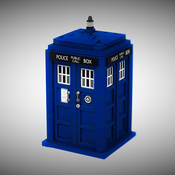 UPDATE: I have now done a major remodel of the set, and it now only has about 1,000 pieces! I also changed the door handles and, somehow, even with less pieces the model ended up slightly bigger. One possible downside however, is that there are now studs showing on the doors and sides. Personally, I like it, and I think it makes the model seem more legowy wegowy, but some people might not like it. Also, I'm considering designing a display stand like the Star Wars UCS sets have. I think it would be cool, but it would add extra pieces. Please let me know what you guys think!

Do you like Doctor Who? Do you like LEGO? What if you could have them together? From the British Science-Fiction TV series, Doctor Who, I present the Large-scale TARDIS.

By supporting this project, you have the chance to get an officially licensed Doctor Who LEGO set made. We need 10,000 supporters to get this into the review phase. From there, The LEGO Group will consider it for production. You can give your support by signing up (which is quick and easy) and clicking the support button on the side of this page. Even if you don't believe that this project is feasible, please support it! Show LEGO that there is interest in this theme!

After you have supported this project (and even if you haven't supported it) I strongly encourage you to share it with others, tell your friends! Please share it on Facebook, Twitter, YouTube, your blog, anywhere! Projects are most successful when more people know about them!

If you've never seen Doctor Who, the TARDIS is a "living" machine that can travel through time and space. Disguised as on old police box, it is used by the Doctor and his companions to travel the universe. This specific variation was used by the Eleventh Doctor, and is the current version as of 2010

I would love to have sets based on this series, and I'm sure there are many others who would love to own sets based on this theme as well. The version I propose would be a large detailed version, probably in the $100 price range. It would be a great model for displaying. Ideally, I would like the doors to be able to open, but at this point I haven't found any possible way to build it without sacrificing sturdiness or detail.

The Picture below is zoomed in so you can see the details better. I would like to have printed parts if this were made into an official set, but stickers could work as well. 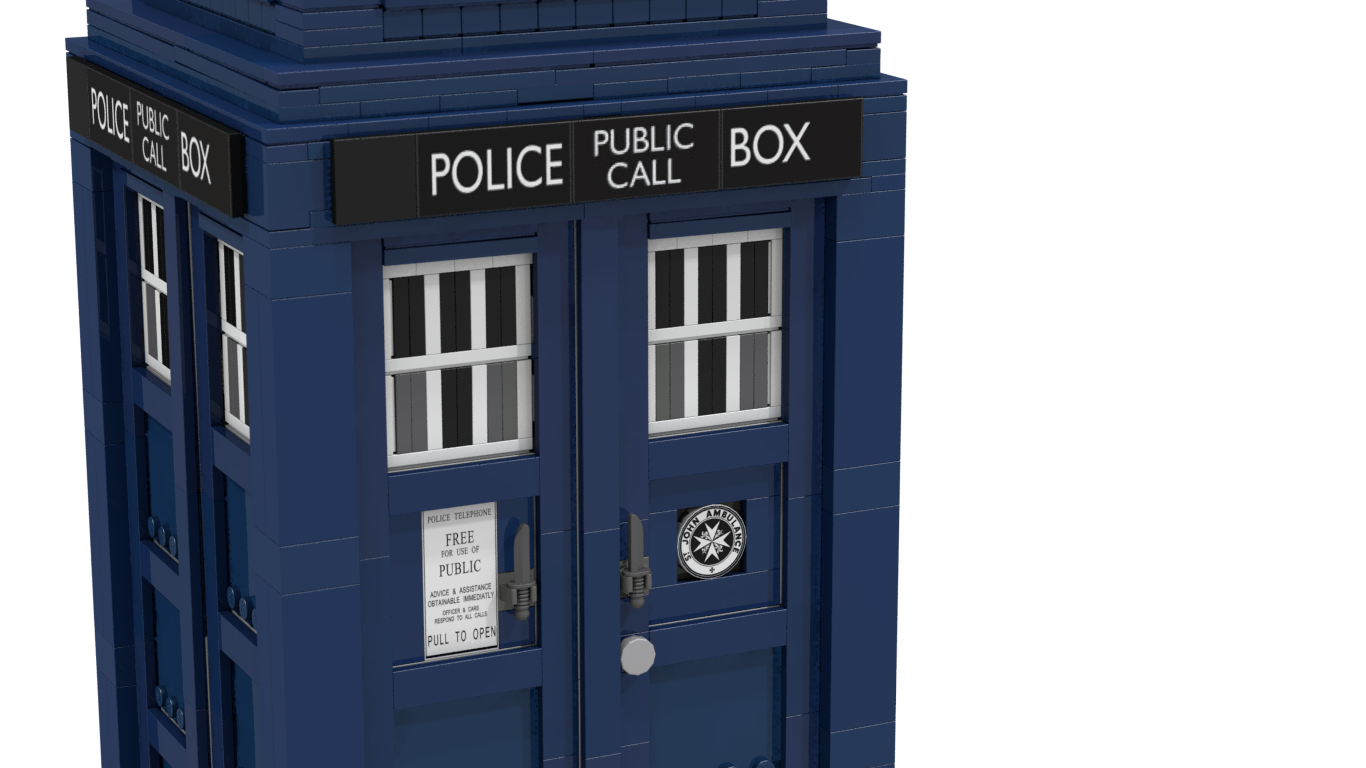 This next image is to give a sense of scale for the set. It's 19 (1x1) LEGO bricks wide, 29 bricks tall, and has about 1,000 pieces. I think this scale and part count is ideal for the set, but if LEGO could find a way to shrink it down without sacrificing detail, I would be happy. 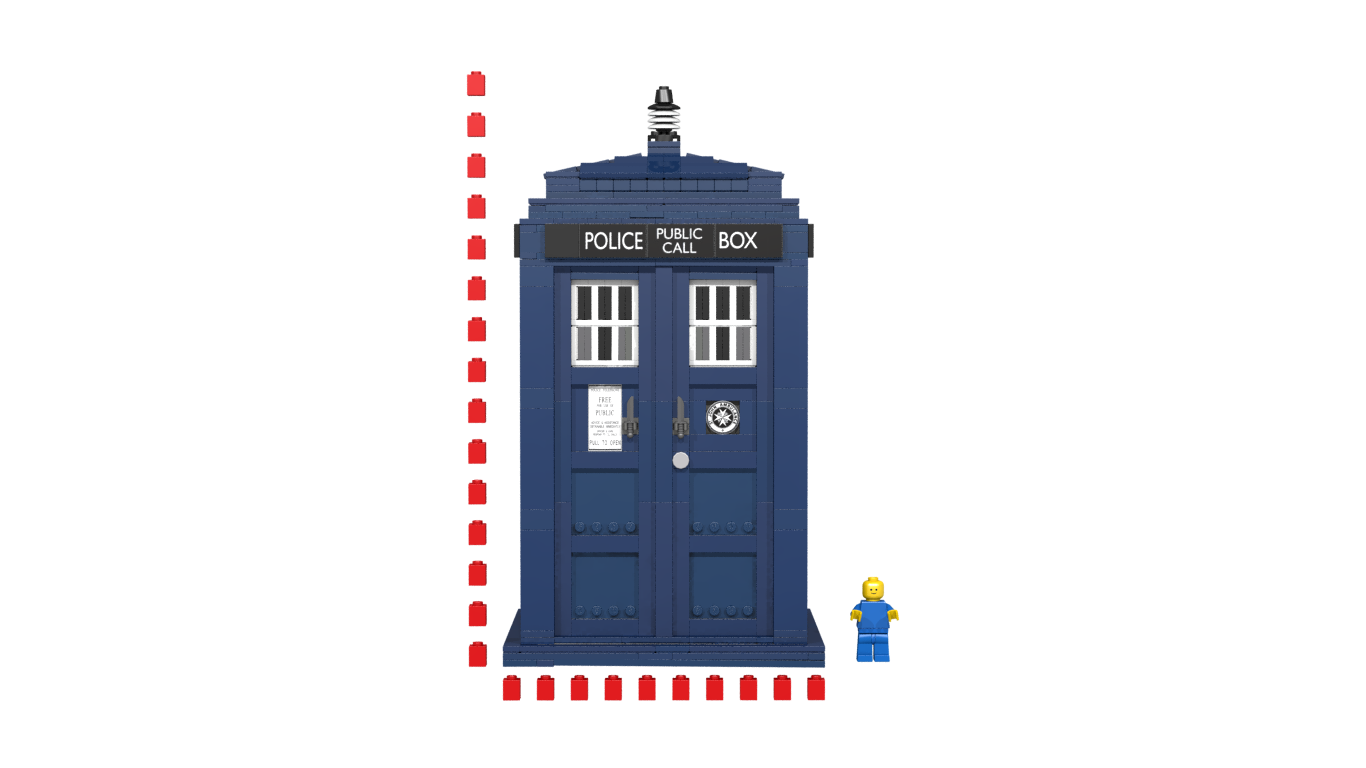 This last image is version #1. If there is anything about it that you like better than the current version, please let me know. I'm always trying to make my models the best they can possibly be. 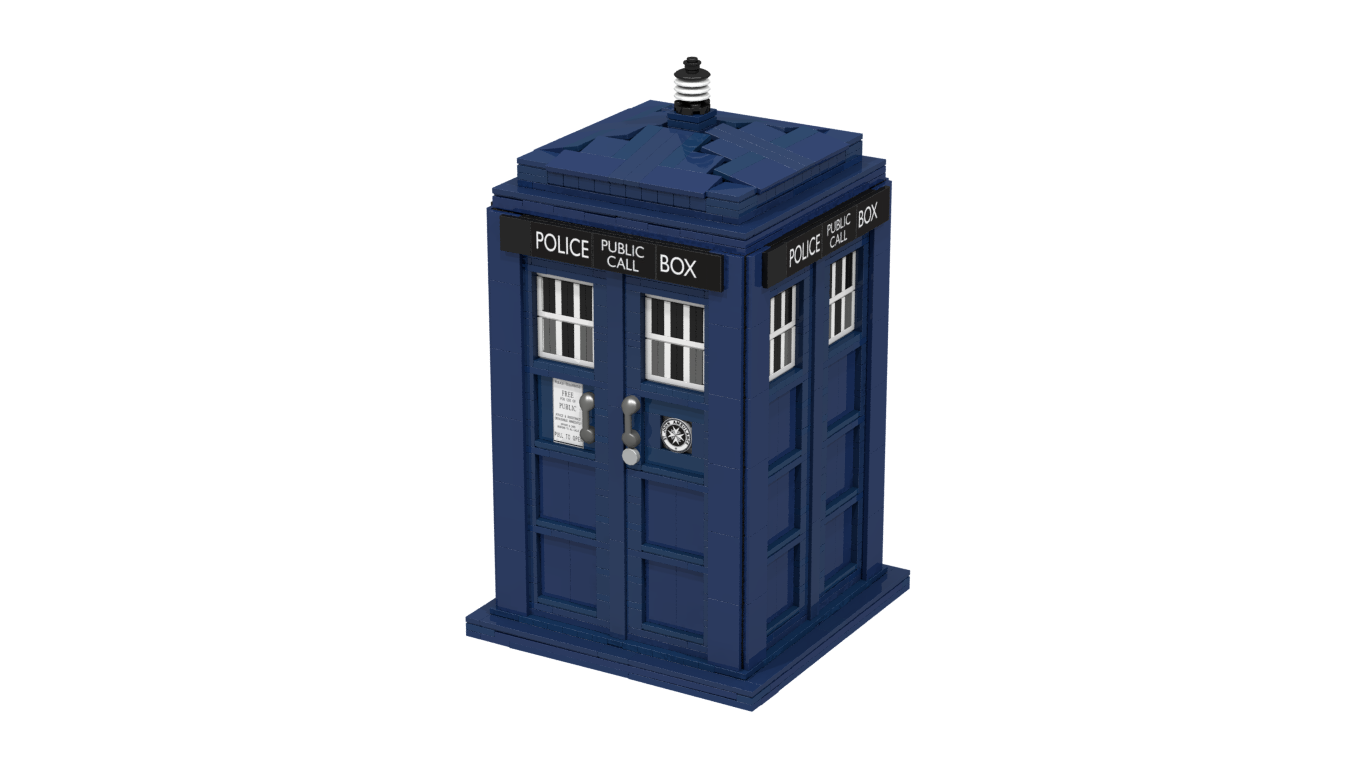 Remember, If you want this set, YOU can help by giving your support and sharing it with others! Projects will only be considered for sets once they reach 10,000. I also encourage you to support some of the other projects on this site as well. There are many fantastic projects on here worthy of your support!

Also, if you have any recommendations, or ideas for things you think I should change or improve, please let me know in the comments! Thank you!