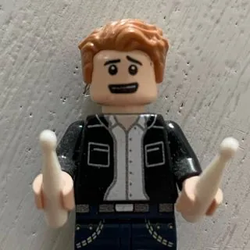 Go Speed Racer, Go Speed Racer Go!
This set is the iconic Mach 5 car from the 60's cartoon and 2008 movie Speed Racer. This car is Speed's primary racing vehicle. Also included are two minifigures, Speed Racer and Trixie. It has multiple hidden features to help defend against the rough competition.
Including:
Additionally, the car features trunk space and a suspension system allowing the car to rock back and forth when moving over an obstacle. The jump jacks can be extended by pushing down on the red bars on each side of the car. As hands cannot be shown in the pictures, it cannot be seen fully. An add-on wheel shield is also included and has two points of articulation. The car seats two, allowing room for Speed and Trixie. It also comes with a display stand depicting a racing finish line.
25
279
days left