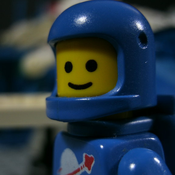 The LEGO Flutter has passed 300 supporters! Thanks to everyone that has supported it so far.
An interior update is in the works, and I hope to release it in the near future!
On Sep 30, 2020 The LEGO Flutter has been updated with some major changes!

Thank you all so much for your support! Let's make a Mega Man Legends set a reality! Thank you all so much for 100 supporters! To celebrate, I updated this project with new minifigure designs and several changes to the Flutter airship itself!

Once again, thank you all for your support! Let's reach for the next milestone!