Some people have suggested that the model might look better with a fully enclosed cockpit. Working with this idea, I tried a few modifications and eventually ended up with this: 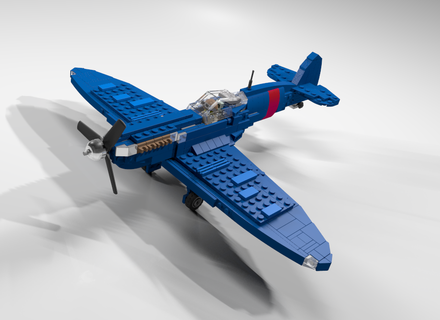 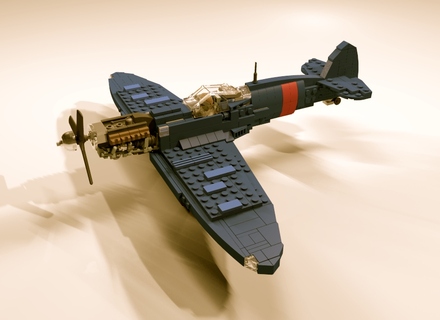 It still allows ease of removal of the pilot figure! Enjoy!

*Larger pictures on the website in the earlier update below 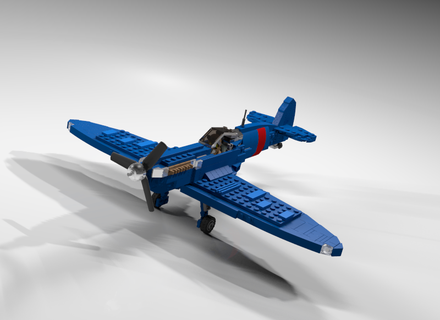 This one has a trans-clear canopy instead of trans-black: 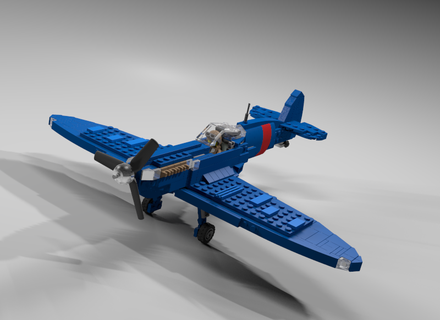 Looks much better don't you think? ;) 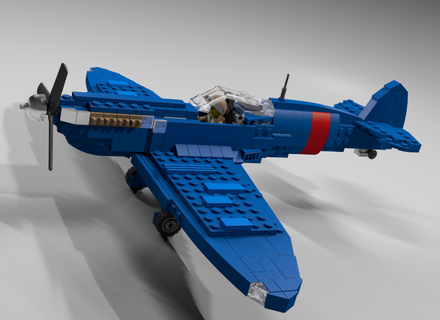 Includes photos of my LDD prototypes and sketches, along with high quality images! 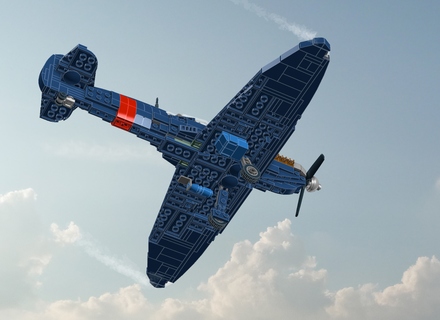 *for personal use only

How does one swap engines?

Here is a pic which shows the detached default engine block. Now you can attach the "panels off" engine! 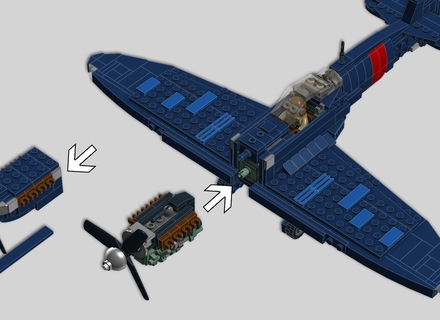 More pictures of the main model with the stand 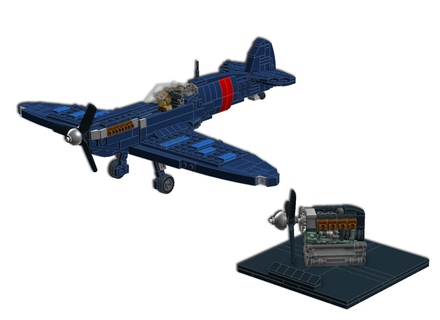 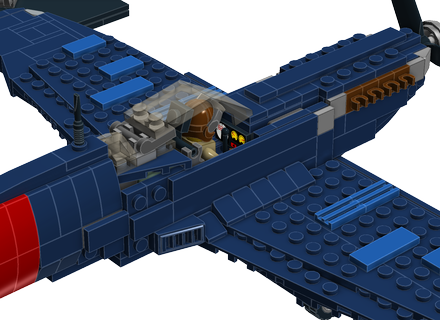 Three major points for this update:

1) Part count and other relevant facts

2) New stand! To display the separate "panels off" Rolls Royce Merlin engine if you're not placing it on the model. 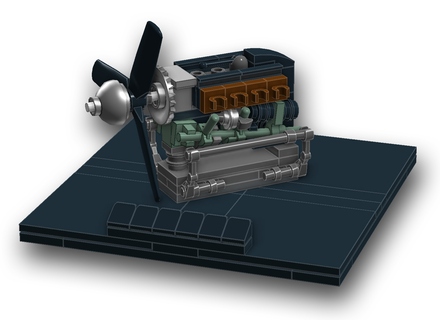 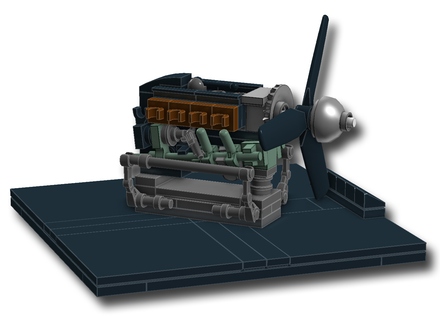 3) Mechanics! That ol' Spit of yours need an overhaul? No problem, just don't push her too hard next time, skipper! 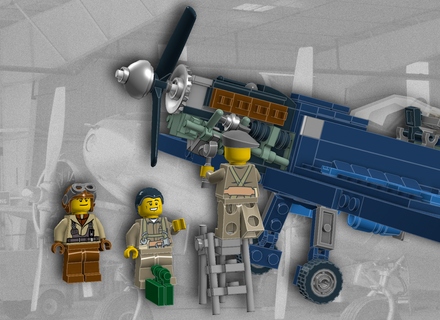