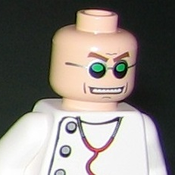 By Ssorg
80 comments
We've seen tons of *city* sets, why not having more places in the middle of nowhere?! :D
So I made this traditional Lapland-themed log cabin with reindeers, pines and birch, and made it to include both summer and winter in one package.
Of course, one doesn't have to be some fan of Lapland to support this, for basically it can be interpreted as a generic cabin in almost any wilderness.

Previously LEGO released a log cabin set but this takes the concept a lot further. That said, the final design of the set is up to LEGO, as is with all CUUSOO projects.

Here's all of it in summer: 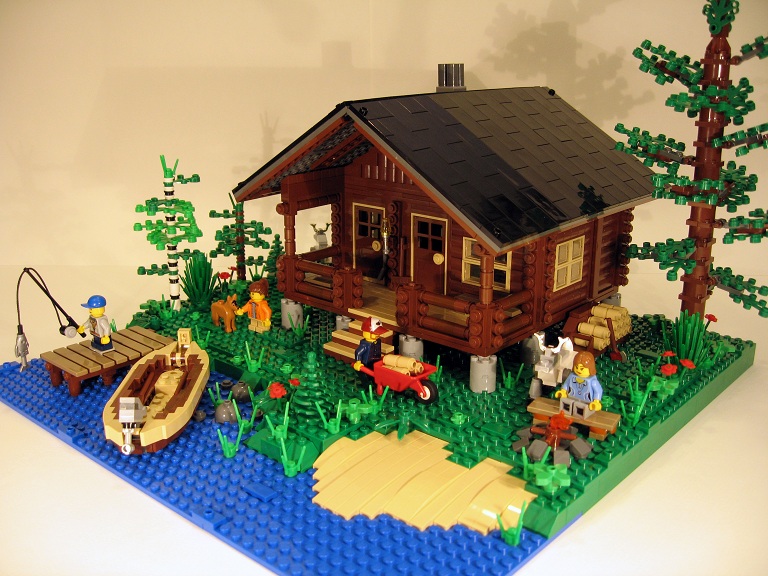 And here the same covered with snow: 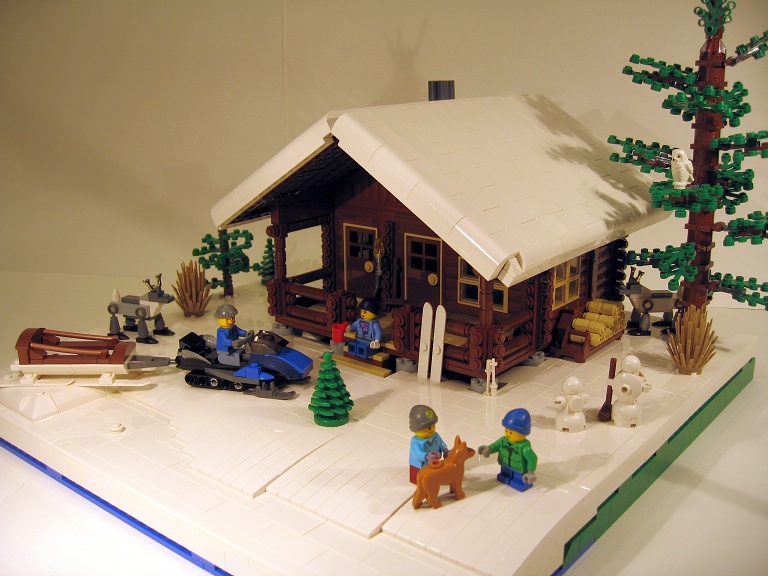 The roof of the cabin is easily detached allowing accessing the interior, which is fully equipped for cabin life: 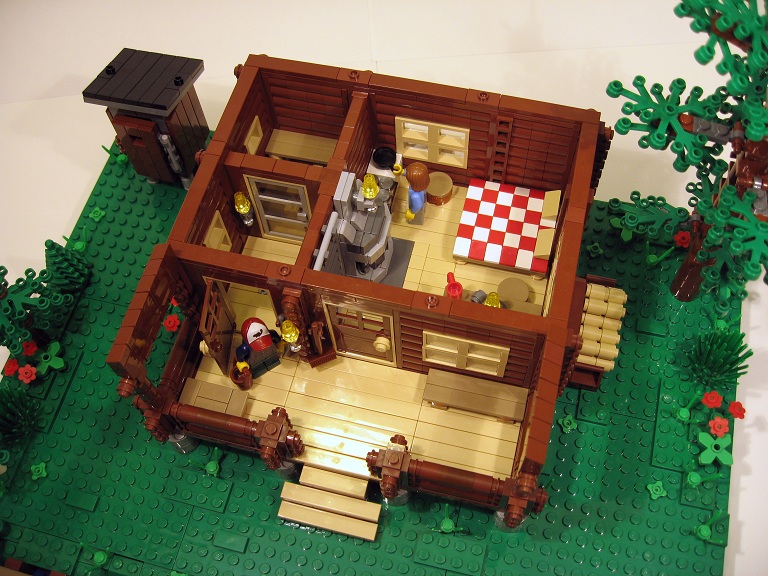 My first cabin design had a more realistic log technique. I discarded it due to having too many pieces and the build being too complex for an official set. Also it would not have been as sturdy as is my final design here.

The level of details resembling that of the Modular Building sets, and having some 2,800 pieces, a set like this would probably cost about the same as the 10224 Town Hall: near $200 or €180.
However, it's possible LEGO will want to make their final product resemble more the Creator theme, let's see for an example the 5571 Hillside House, and make this somewhat smaller and/or simplier and thus cheaper.

Whatever the case, be sure to see all and everything this concept has to offer: 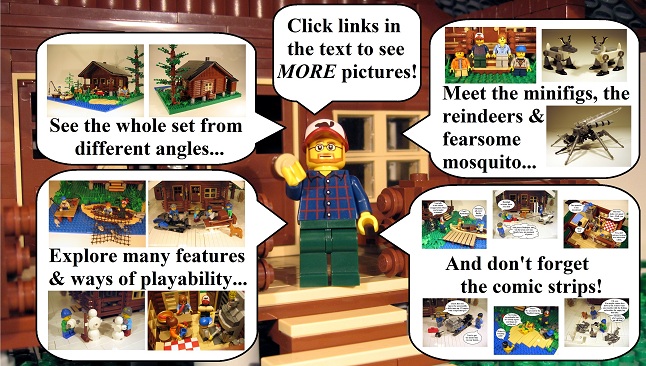 Changing between summer and winter is very easy. One only needs to remove the plants and then put in place the large "snow" sections.

Here are the minifigures in summer and in their winter outfits.
Yea I know the winter girl has surgeon's shirt, but I had to use torso pieces I happened to find during dozens of BrickLink orders. :P

Here's the cabin interior with all the necessities the cabin life requires.
Instead of usual plates & fixed furniture I went for a dollhouse-like solution with smooth floors and loose furniture one can place in a whatever manner.
Of course there's a sauna. A Finnish/Lapland cabin without sauna would be utter heresy and horrific blasphemy!
On the porch your minifigs can enjoy the midnight sun or the Aurora Borealis.
And sure, a traditional cabin means a nearby traditional outhouse. (Not sure if LEGO will include that in the final set.)

Many forest cabins can't be reached via roads and by cars, and this place too needs a boat (oops, forgot the life vests for kids), a handy piece of transportation for both minifigs and their luggages.
And in winter the snowmobile with a sledge takes the job of carrying both people and cargo.

Here come the reindeers, maybe the most iconic things of Lapland. They fit well together with a place like this; the real one there in the pic was photographed by me about a stone's throw from our cabin.
Ok, my Lego reindeers have golden horns... This is just because the perfect piece for them is currently available only in chrome gold color, coming from certain ninja minifigures! :D
Indeed, reindeers are everywhere and your minifigs must get along with their native neighbours.

A genuine Lapland cabin wouldn't be itself without genuine Lapland mosquitos, those blood-sucking insects both locals and tourists love so much. So I made one!
Ok, it might be a little out of scale, for sure they are not really that big!
Or are they?!
Well you just gotta deal with the bug menace.
The next time our minifigures visit the Lapland cabin they come prepared for the mosquito, and no measure taken is too much!

Let us take a look on all kinds of activities your minifigures can do in this place!
- Well, supposing they can reach the place in the first place.
- They can go around boating, just be cautious of shallow waters!
- And why not swimming and relaxing on the beach, well if they have what it takes.
- They can go fishing both in summer and in winter time.
- Or just have fun with the snowmobile!
- Not to forget your basic winter activities like skiing or riding on a sled. The native residents can help with that.
- How about making snowmen?
- I guess they could hunt too, but I'd dare to say the BrickArms rifle will not be included in the set.
- In order to keep their cabin warm the minifigs must make firewood, just hopefully they keep it moderate!
- There couldn't be a more typical form of cabin life than roasting sausages, whether indoors at the fireplace, or outdoors both in summer and in winter.
- Or they may just spend their time in a whatever manner they like!

So why not give your minifigs a great resort with tons of features? Please support this cabin project to make it happen! :D

P.S. Please see and consider supporting my other projects too! :)
- This cute sailboat!
- The glittering Douglas DC-3!
- The famed Buffalo Airways DC-3!
- Also the grand airship!
- And the ultimate Titanic!