Much thanks to Patrick Rothfus for posting about this project on his blog.

Please also check out my Discworld project and Alatariel's Megaman project:
The Discworld by GlenBricker
Mega Man Project by Alatariel

Vardos, also known as Romani Wagons, are colorful, horse drawn carriages designed to be a mobile residence and are also, works of art in and of themselves.

This build is mostly based on the Reading Wagon design style. 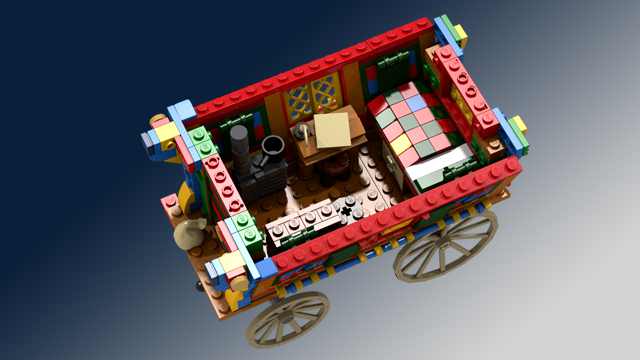 This model of a Vardo is displayed with a bed, stove, cabinet, drawers, and a writing desk. 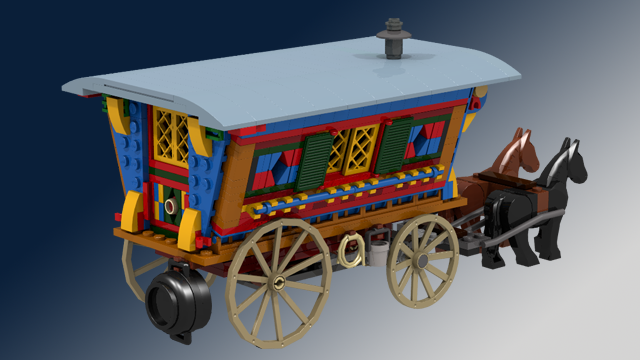 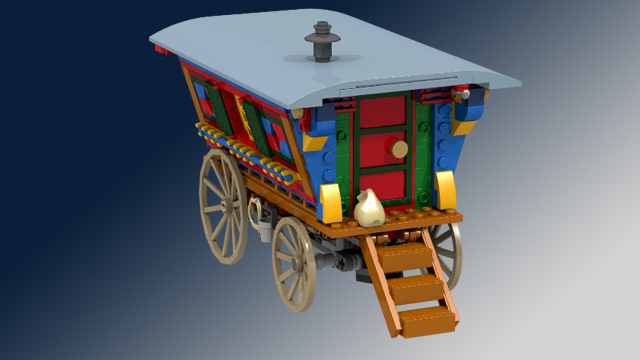 This image demonstrates the detachable staircase. 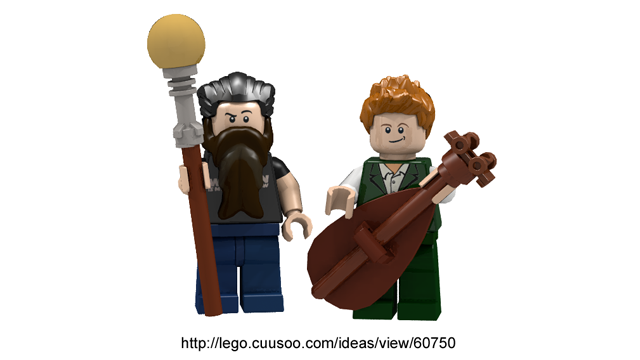 I was introduced to the concept of a "Romani Wagon" by the works of Patrick Rothfuss in his "Kingkiller Chronicle" series.

While I would LOVE to do a few projects to create an official Kingkiller Chronicle Lego set, I highly doubt that it would meet with Lego's brand fit due to its sometimes mature themes.

That being said, I would still like to thank Patrick Rothfuss for his literary contributions and for introducing me to the concept of these lovely vehicles by donating half on any proceeds I may receive from the production of this wagon to Rothfuss's charity Worldbuilders.

Note: Lego Rothfuss is just displayed for fun and will not be included with the set...Although if I get some feedback from the community in that direction I can include a full bearded Romani Storyteller...