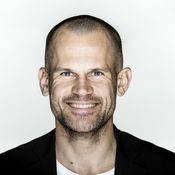 The Olympic Games are the biggest sporting event in the world and the Olympic history is full of amazing athletes and stories.

Blue – Europe
Cross country skier, and five-time Olympian, Marit Bjørgen from Norway is the most successful and decorated winter Olympian of all time with a total of 15 medals (8 gold, 4 silver and 3 bronze). Above that she has also won 18 gold medals at World championships and no less than 114 world cup races. She finished of her Olympic career by winning the 30 km classical race in Pyeongchang – her eighth Olympic gold medal, thus becoming the most recent Olympic champion.

Yellow – Asia
Gymnast Sawao Katō, Japan, has won more Olympic gold medals than any other Asian Olympian in history. At the games in Mexico City 1968, Munich 1972 and Montreal 1976 he won a total of 8 golds, 3 silvers and 1 bronze medal. In 2001 Katō was inducted into the International Gymnastics Hall of Fame. He now holds a position as Professor Emeritus at the University of Tsukuba.

Black – Africa
Abebe Bikila from Ethiopia became the first black African Gold medallist when he won the marathon in Rome 1960 – running barefoot. Four years later he became the first marathon runner to successfully defend an Olympic title. About a mile from the finish line in Rome the runners passed the Obelisk of Axum, which had been plundered from Ethiopia by Italian troops and hauled of to Rome, and that’s where Bikila made his final move and left the last of his competitors behind.
Bikila was a pioneer in long-distance running, and plenty of athletes from countries such as Ethiopia, Kenya, Uganda and Somalia have followed in his footsteps.

Green – Oceania
Short track speed skater Steven Bradbury, Australia, is the first athlete from the Southern Hemisphere to win a Winter Olympic Gold medal. He won his gold in the most dramatic way at the 1000 m event in the 2002 Winter Olympics in Salt Lake City. He finished third in the quarter-final and thought himself to be eliminated, but thanks to a disqualification of another athlete, he went through to the semifinal. In the semi-final he was in last place when three of his competitors fell, and he advanced to the final. In the final, Bradbury was again well off the pace when all four of the other competitors fell and crashed in the last corner and Bradbury could glide through to Gold.

Red – America
High jumper Alice Coachman of the USA was the first black woman to win an Olympic Gold medal. As a young girl Coachman was unable to access training facilities or participate in organized sports because of the colour of her skin. And it didn’t help her to be a girl during a time of widespread opposition to women in sports. During her career she won 10 National Championships. But her first, and only, chance to compete internationally came at the London Olympics in 1948 – she took that chance by winning and breaking the Olympic record. Coachman was the only American woman to win an Olympic Gold medal in London, and the first black woman in history.
Coachman has received recognition for opening the door for future African-American track stars in the USA.