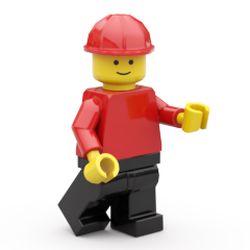 Bringing space and architecture together, the NASA Vehicle Assembly Building holds an integral and iconic place in the modern age of human exploration. Located at Kennedy Space Center, Merritt Island, Florida, it stands as the largest single-storey building in the world. Completed in 1966, it was originally constructed to assemble Saturn V rockets in preparation for launch. In the years since, it has undergone various upgrades and adaptations to allow it to accommodate the Space Shuttle and, more recently, the forthcoming Space Launch System.

The LEGO design has been made to a scale of roughly 1:900, with some dimensions being constrained here and there to maintain the visual balance between key features. The core model utilises a standard 32x32 stud base, while the addition of the Launch Control Center and extended crawlerway has been conceived as an optional modular expansion.