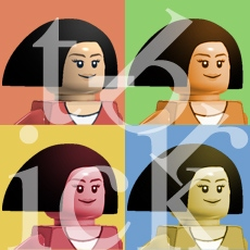 Build your own big and detailed model of the fascinating Neuschwanstein castle!

The model features many details of the castle which was the inspiration for the Disneyland's Sleeping Beauty Castle. The scale is big enough to show all the windows, battlements, winding roofs, flights of stairs, gates, alcoves and of course the big towers.

Wouldn't it be great to build that and have it on display? 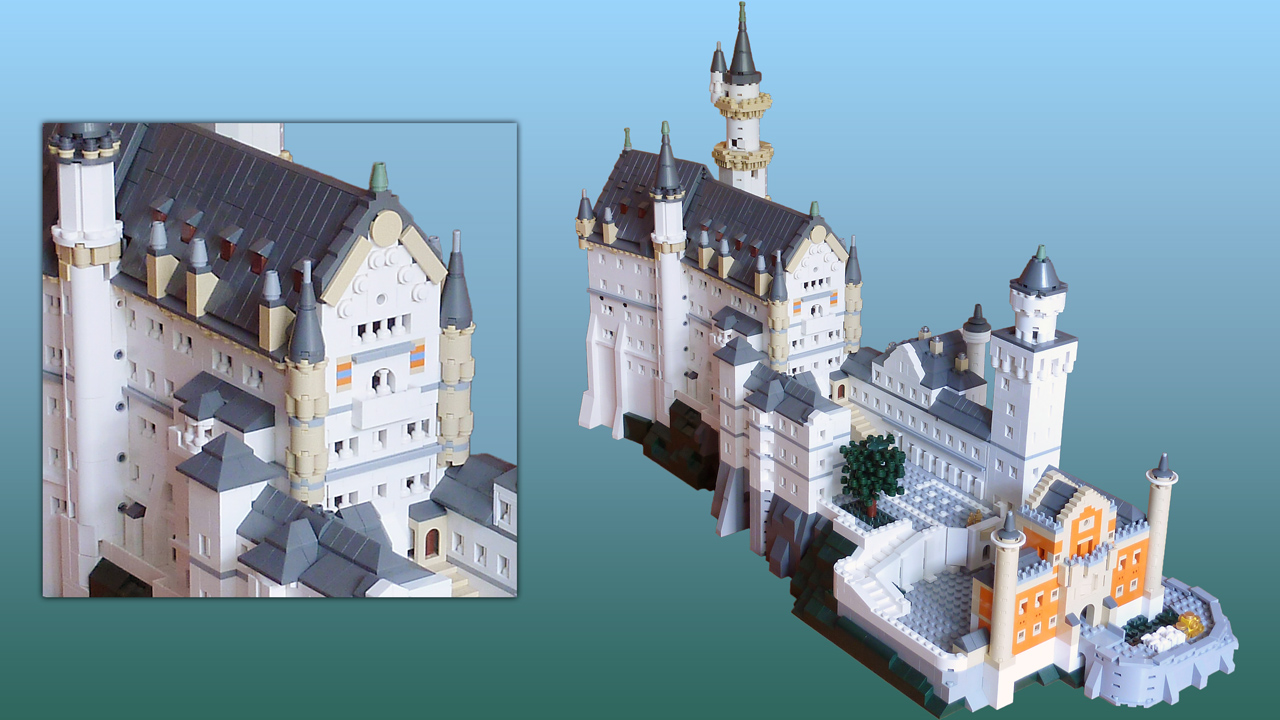 The original castle was build by the famous "Swan King" or "Fairy Tale King" Ludwig II of Bavaria. Today it is one of the most visited castles with more than 1.3 million visitors annually.

This LEGO model uses about as many bricks as the official LEGO Tower Bridge model. It promises a great building experience. Because there are not too many symmetric parts in the castle the repetition factor is low :-) 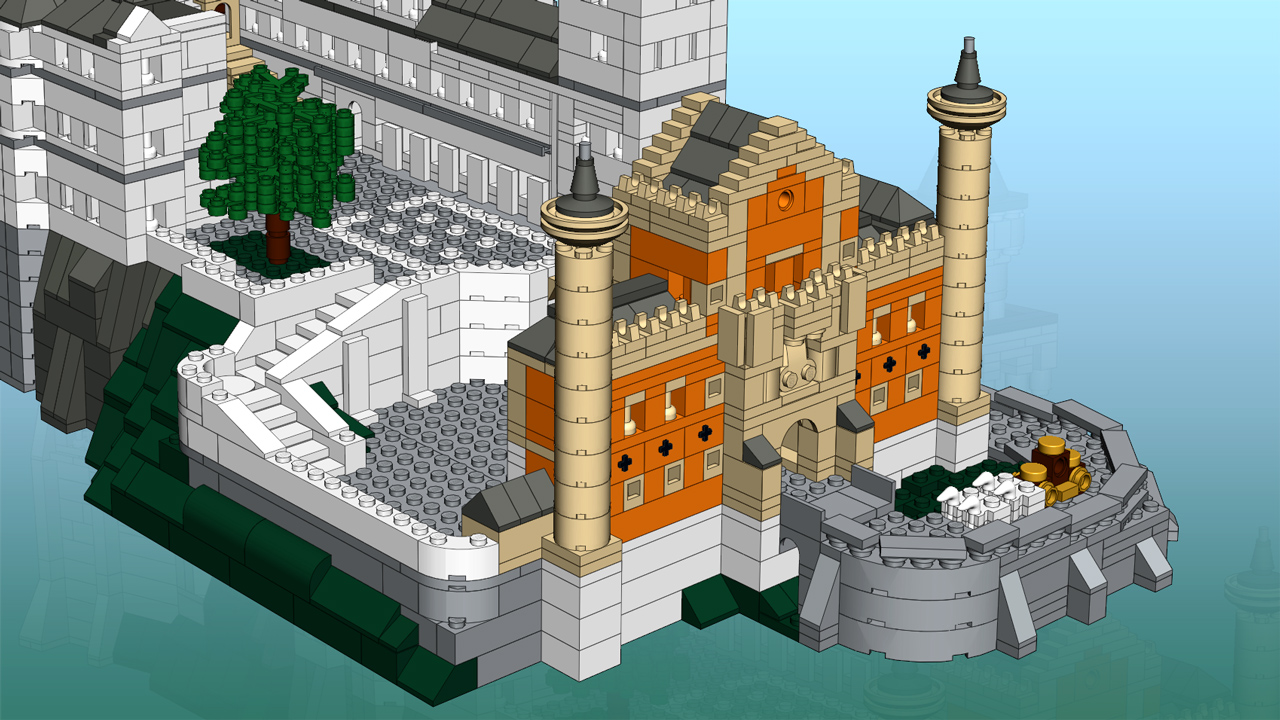 A little model of King Ludwig's golden carriage drawn by four white horses is included. The carriage makes it's way up the winding road to the colorful gatehouse on the edge of the lower courtyard. 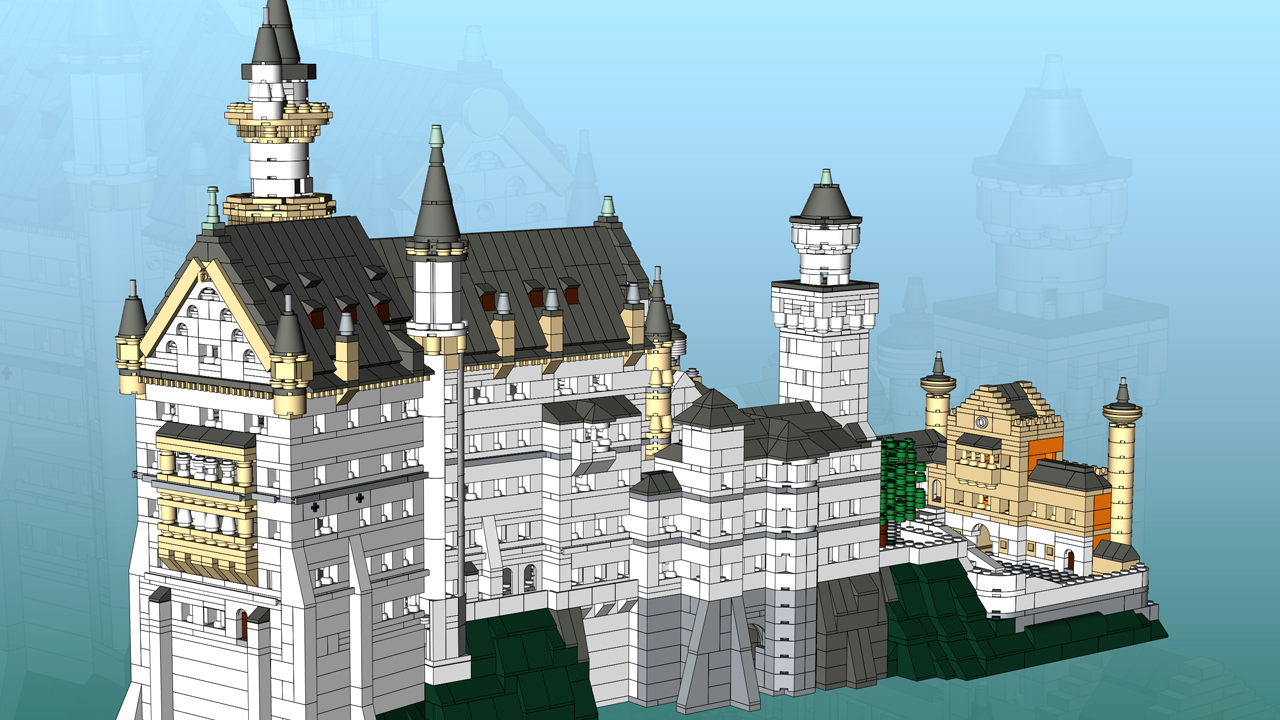 This all began with a much smaller version of the castle. It was a simply too small to do justice to this great castle. :-) But now you get the real version. Vote for it! 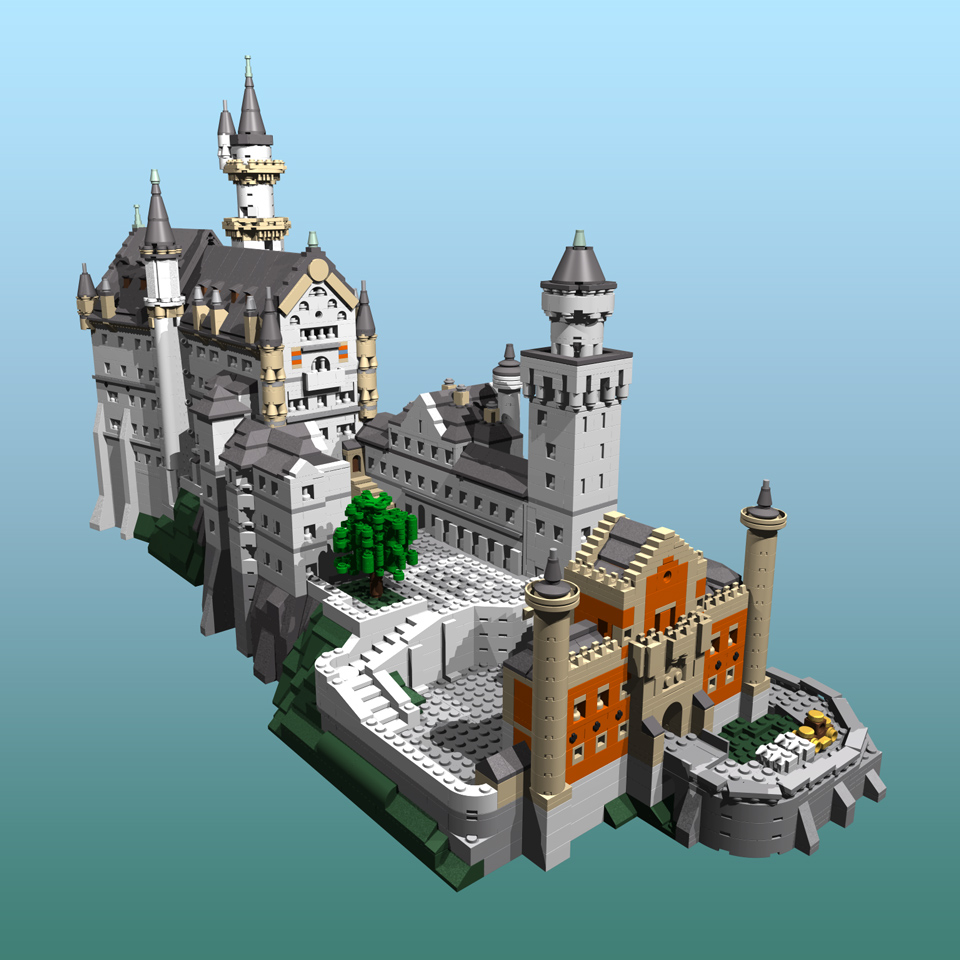