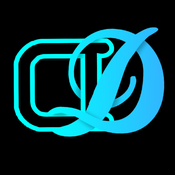 By VgHost
30 comments
Luxury 6-wheeled car based on the vintage cars from the America's 50s, like Chevrolet Bel Air but with the Vintage Future design which we've never had.
- At the front it has two steering axles with steering system hidden in the trunk
- Four doors and trunk could be opened
- Easy-to-remove roof and rear window turns it into cabriolet
- Side and rear mirrors
- Four seats
- Quad-exhaust
- Easily removable rear wheel arches make it easy to change the tires
- Dimensions: 12.8 x 38.2 x 9.1 cm / 5.0 x 15.0 x 3.6 in
I decided to build this model because it's something new but in old style, something that I have never seen.
I always liked long and massive cars so I made my own in this style, but with something special - two front steering wheels. Because why should we stick to the standards when LEGO and our creativity gives us unlimited power of creation. I thought, lets create something that would shock with its original look, lets connect something from the past with something from the future and create something totally new.
I built this model with my physical LEGO bricks that I had and after that I digitized it with little improvements.
I hope you like it and would like to have one on the shelf.
Thank you in advance for your support.