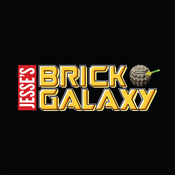 The Sanctum Sanctorum is home to Doctor Strange, located at 177A Bleeker Street in New York City's Greenwich Village neighborhood in the Marvel Comics Universe. The historic building is a three-story townhouse with an iconic circular window with four swooping lines, designed after the Seal of Vishanti. Similar to Doctor Who's Tardis, the building appears bigger on the inside. My LEGO building opens at the front to show the mansion-like banister staircases that seem to twist around impossibly throughout the buildings interior. My project photos show Mordo and the Ancient One LEGO minifigures swooping down on to Doctor Strange, as he uses a Sling Ring to open a dimensional portal.

The sand green roof can be lifted off the top of the build to reveal the study. The top level is a magical study with ancient artifacts and objects of magical power. My build has a LEGO version of the Cloak of Levitation encased in glass, spell books chained to a shelf, desks for reading and magical scrolls scattered about. Also shown in the study are Doctor Strange levitating up the stairwell and the Mighty Thor drinking a magical refilling beer mug.

After viewing the Doctor Strange movie, I was impressed and thought the Sanctum Sanctorum building would be a great LEGO modular sized building to create. It looks great within a LEGO train layout, especially next to other superhero buildings, which I have previously custom built in Minneapolis with the Greater Midwest Lego Train Club. I think it would made a great LEGO set for Superhero fans and others, because of its classic mansion look. And it would have a similar parts count and pricing to the LEGO CITY modular buildings.