The Apollo Lunar Roving Vehicle (LRV) or Lunar Rover occupies a prominent place in the history of the vehicles in planetary exploration. It was an electric-powered vehicle designed to operate in the low gravity of the Moon, and allowed the Apollo astronauts to extend the range of their surface extravehicular explorations. The LRV was populary known as the "moon buggy". The LRV was produced by Boeing, and the final cost of the three fully functional LRVs was $ 38 million dollars in 1971 (450 million today). Three LRVs were driven in the Moon: in the Apollo 15 mission during 1971, and Apollo 16 and Apollo 17 during 1972. 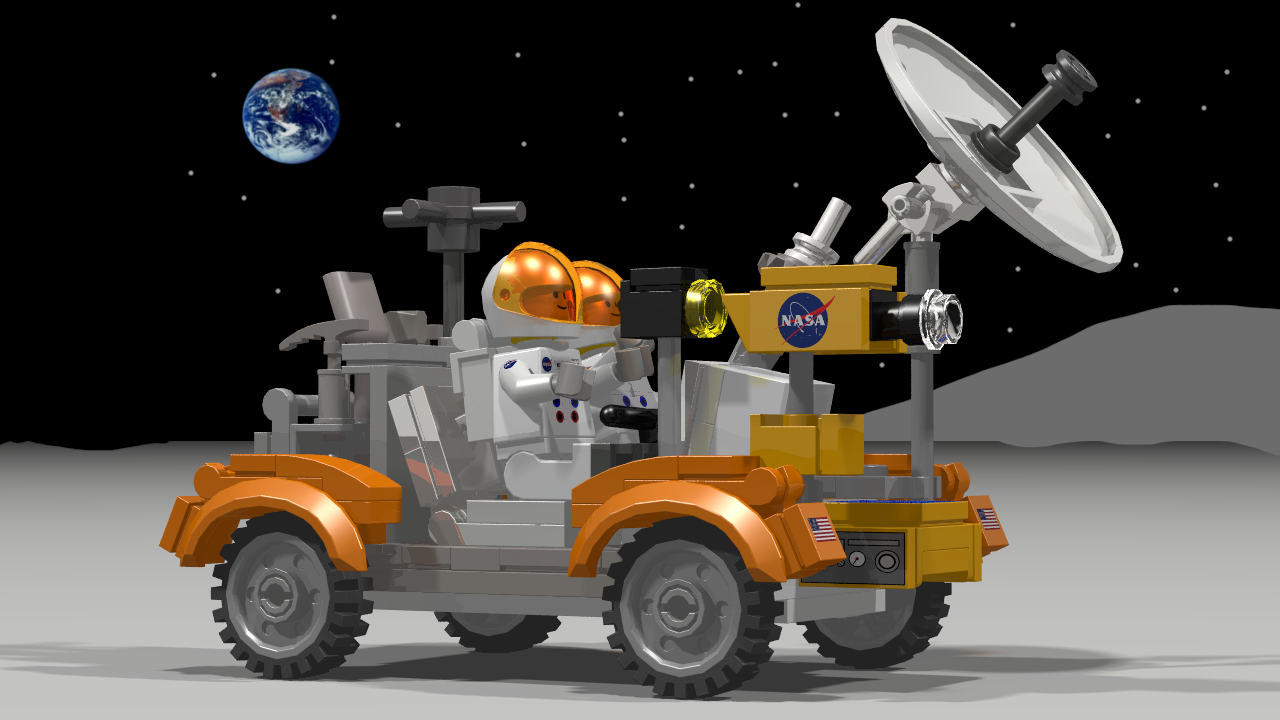 This model is a detailed version of the LRV using the minifig scale and built with Lego Digital Designer.

In the model you can see many details of the LRV as the color television camera, the television control unit, the 16 mm camera, the two batteries, the lunar communication relay unit, the high gain antenna, the low gain antenna, the pannel control, the T-shaped handle that controls the movement of the rover, detailed seats, two sample collection bags, lunar hand tool carrier and the surface electrical properties (SEP) antenna.

The set includes two astronauts with geologic tools for sampling the lunar surface. 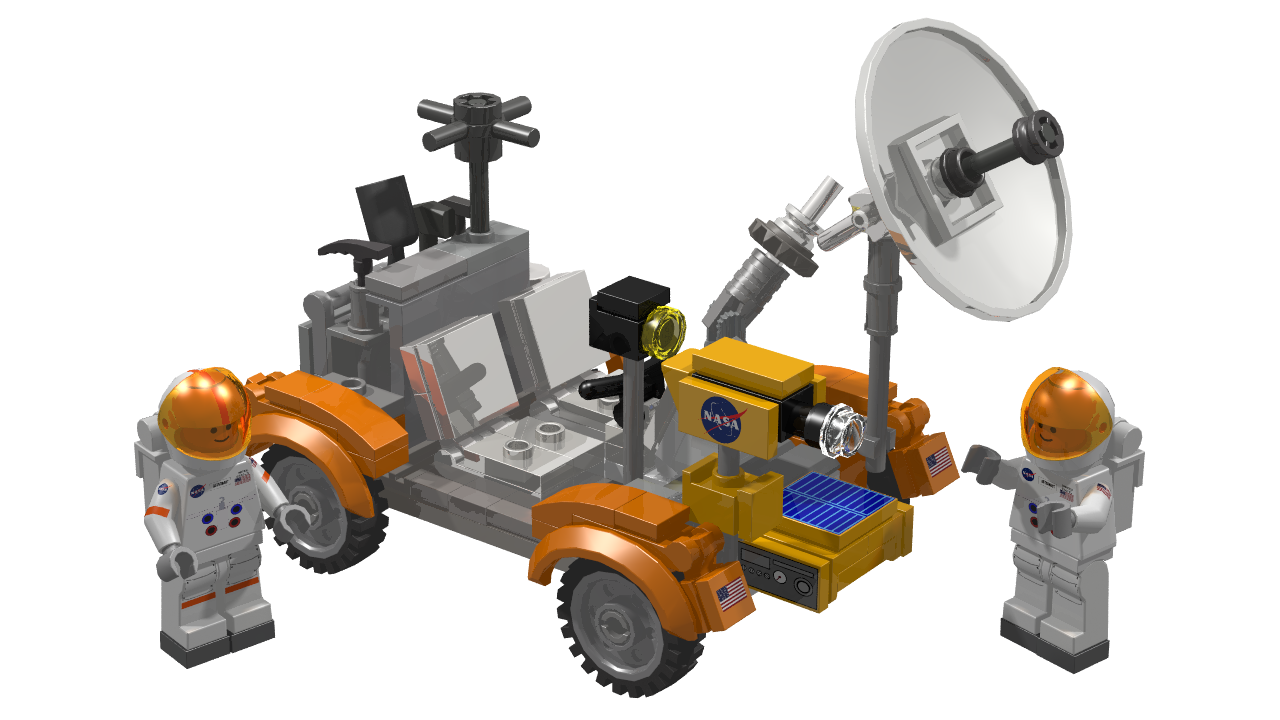 I put great care in reproducing the details of the original LRV in this lego model, the result left me very happy and so I share it with other fans of Lego, space exploration, science and cars.

You can find high resolution pictures on my flickr album:

One of my first projects was also a Lunar Rover, made with real pieces (https://ideas.lego.com/projects/74480). However LDD versatility allowed me to create this new model, using a different construction system, I think I have achieved a better end result, more accurate and the pictures are of better quality than my first attempt.

Your comments are welcome, if you like it, please support the project.

If you like the Lunar Rover, be sure to visit my other Lego Space Exploration Projects:

About the Apollo Lunar Roving Vehicle: